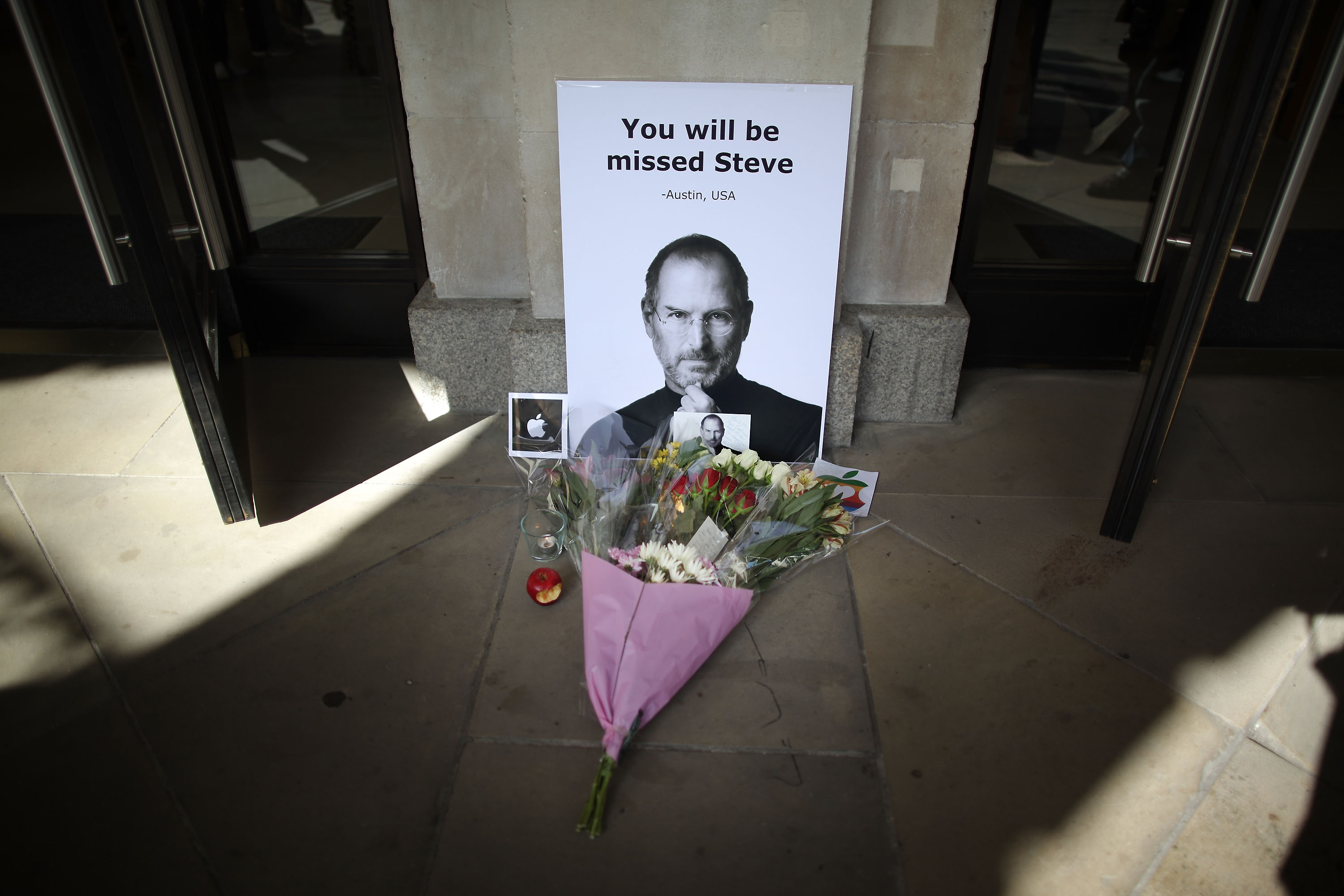 Today marks the one-year anniversary of the death of Apple co-founder Steve Jobs. The city of Cupertino will fly its Civic Center flag at half-staff, while some fans have declared the 5th of October Black Turtleneck Day.

We’ve pulled together some of the most interesting tributes and anecdotes about Jobs from our coverage over the past year, sprinkled with Apple events and developments.

What’s your favorite Steve Jobs tribute or memory? Let us know in the comments below.

Celebrating the life of Steve Jobs in photos, videos, quotes and tweets

These photos will make you smile: Steve Jobs testing Photobooth

Sony Pictures to make Steve Jobs biography into a movie

Fortune and TIME to release commemorative issues on Steve Jobs

October 16th will be Steve Jobs Day in California

This could be the most unique Steve Jobs tribute yet

TNW Review: Two lessons from the biography of Steve Jobs by Walter Isaacson

Watch Steve Jobs discuss Apple, technology and his life in this 1995 interview

Steve Jobs biography sells 379,000 copies in the U.S. during its first week

Zuckerberg: Steve Jobs and I connected over our mission to build more than a company

Siri co-founder Dag Kittaus: When Steve Jobs phoned, I knew we had made it big.

Steve Jobs wanted to build a wireless carrier, but gave up

Apple names Levinson Chairman and Iger to the Board, Both had History with Steve Jobs

Must watch: 46 seconds of Steve Jobs on changing the world

Steve Jobs made $1 per year, took no bonuses…but Apple did buy him a $90 MM jet

You have to watch this: Apple’s 1984 Ghostbusters parody [Video]

Find Apple keynotes on Stevenote.tv, a tribute to Steve Jobs

Steve Jobs on video games as the future of learning

How Apple remembers Steve Jobs at its Cupertino campus

This Virgin America jet has a name inspired by Steve Jobs

An inside look at the entrepreneurs who’ve transformed our world

Steve Jobs on starting Apple “We had nothing to lose, and we had everything to gain”

This Steve Jobs action figure is so realistic, it’s actually kind of freaky

How does Steve Jobs’ vision for textbooks match up with Apple’s reality?

Insanely Simple: A new book about Apple and Steve Jobs that should be better than the bio

The FBI’s investigation of Steve Jobs has finally cracked open

As Apple rediscovers its old logo, here’s a colorful stop-motion tribute to the brand

Of all the interviews about Steve Jobs, it was Eric Schmidt’s that was perhaps most moving

It’s official: There is a Steve Jobs Avenue in Brazil

Read an excerpt of Insanely Simple, a great new book about Steve Jobs and Apple by Ken Segall

Aaron Sorkin: Writing a movie about Steve Jobs is like writing about The Beatles

The media overplays Steve Jobs’ angry side, says Ken Segall, the man who put the ‘i’ in iMac

Jony Ive: What Apple is working on now is the ‘most important’ work it’s done

Steve Jobs, Sex And The City and the tale of the upside down Apple logo

Your moment of Apple zen: Remember the things that Steve told us

The story of the ‘secret’ room at Pixar, frequented by Steve Jobs and many other celebrities

Apple’s next iPhone will feature a new design worked on by Steve Jobs, and a bigger screen

Sony hires Woz as advisor to Steve Jobs film, which Sorkin says won’t be a ‘straight ahead biopic’

Must watch: A collection of over 250 videos about Steve Jobs presented in biographical order

Everything that Apple announced today at WWDC

When Steve Jobs called this key Apple manager a ‘fuckchop’, he put it on his business cards

Calling all rich nerds: Pixar Image computer up for auction on eBay for just $25k

The Apple patent Steve Jobs fought hard to protect, and his connection to its inventor

Apple’s iPhone Prototypes and the Power of ‘No’

Watch: Steve Jobs demos podcasts in 2005, with an embarrassing twist

Steve Jobs-designed Apple factory, the birthplace of the Macintosh, considered for historic status