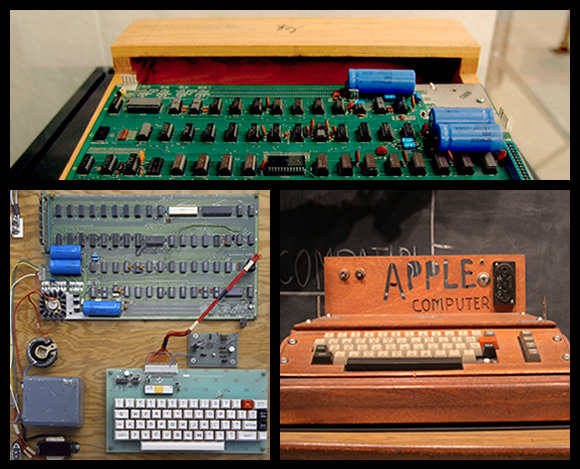 I always hate when designers talk about how Steve Jobs is so amazing and how he’d never settle for anything but the best, blah blah blah. Yes, that’s true, but they’ve been a public company since 1980, they’ve had billions of dollars and 1000s of amazingly talented people on their team.

Before the IPO, at the very beginning when it was just the founders, their first product was the following:

“The Apple I, Apple’s first product, was sold as an assembled circuit board and lacked basic features such as a keyboard, monitor, and case. The owner of this unit added a keyboard and a wooden case.”

I think it’s important to remember when we’re all trying to start something from scratch that you have to start at zero, and the first product will probably suck. It’ll be a motherboard, when what you really wanted to build was an all-aluminum Macbook Air with a Retina display.

But you gotta start somewhere.

Read next: Here's the easiest way to read the most epic "I Am A" threads from Reddit