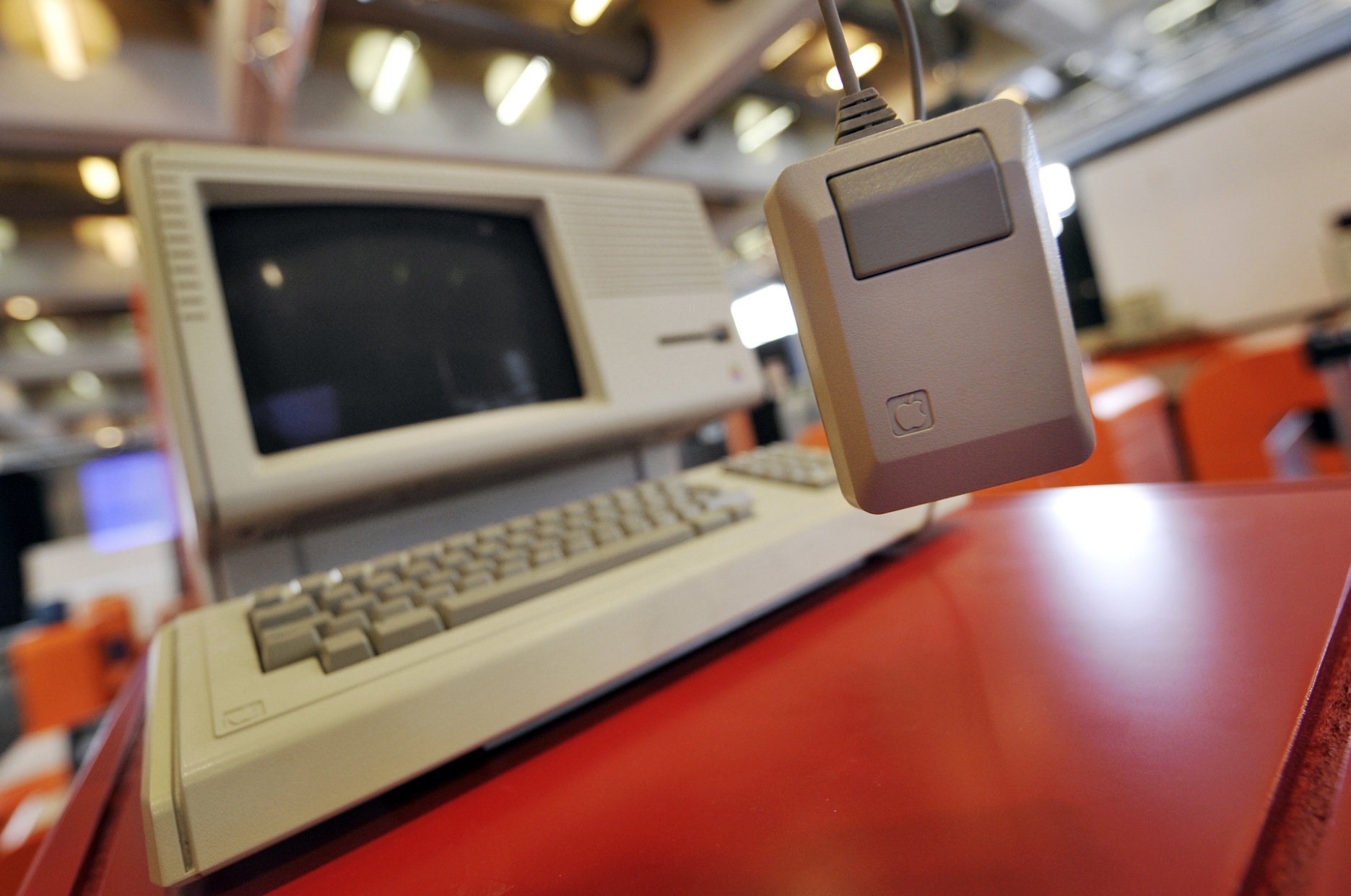 Yesterday we shared a story with you about a speech Steve Jobs gave in Aspen in 1983, in which he talked about concepts that would become the iPad and App Store. Reader Marcel Brown was kind enough to share that speech with us in the first place and now he’s shared an interesting anecdote from the same event.

Apparently, Jobs was asked to contribute an item to a time capsule that was being created in honor of the theme of that conference: “The Future Isn’t What It Used to Be”. He looked

around to find something to add:

After Steve Jobs’ speech, in which he used an Apple Lisa computer to control what Celuch recalls was a 6 projector setup, John approached Jobs and asked for something that he could include in the time capsule. Jobs thought about it for a few seconds and then unplugged the mouse from the Lisa. Celuch recalls that he was amused by the manner in which he was handed the mouse, as Jobs held the mouse by its cord, almost as one would hold a real mouse by the tail. So into the time capsule the Lisa mouse went, where it was buried at the end of the conference to be unearthed about 20 years later.

But that time capsule was never dug up and its location is now a mystery. The land changed hands, improvements were made and the capsule was lost. So Brown has begun to hunt for the artifact or anyone who knows where it might now be buried.

Seems like an interesting mystery to unravel. So if you happen to have any information about it, head over to Brown’s site to contact him.