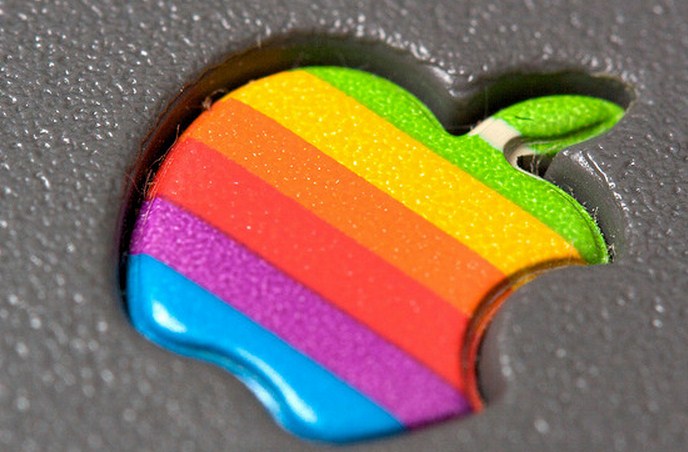 Today at the WWDC event Apple released a slew of announcements, covering a wide range of products. This post is a compendium of what they released, and promised to release today. For convenience, the order of this post mirrors the order of Apple’s event.

The event was packed, as always, filling the 6,230-person capacity room. Media was mixed with a strong developer contingent.

It was a classic Apple event. Now, to the news:

Apple reported that over 1,000 of its engineers are at the event. This was the 23rd WWDC, selling out in 1 hour and 43 minutes. People from 60 countries made the trek to the venue. Apple stated that it shut down in anticipation of the conference.

Apple CEO Tim Cook made the following comment about the company’s work:

“What we do together is much more important than any set of numbers could reflect. Our goal has always been to do great work and make a difference in other people’s lives.”

Apple announced a number of changes to its notebook line, with its own Phil Schiller taking to the stage to explain the updates. Both the MacBook Air and MacBook pro received performance bumps.

The MacBook Air line will be receiving Ivy Bridge-class processors from Intel, something that is hardly surprising. They run up to 3.2 gigahertz. Graphics performance will improve up to 60%. Also in the new MacBook Air: solid state drives of up to 512 gigabytes. The MacBook Air line is also receiving USB 3.0, which is 10 times as fast as USB 2.0.

Here is the pricing scheme for the units:

The MacBook Pro line is also making the shift to Ivy Bridge processors, as you probably assumed. They will sport processors up to a quad-core 2.7 gigagertz Intel i7. The 15″ MacBook Pro is having its integrated graphics performance improved. The new Pros can use GeForce 650M Keppler architecture cards.

As with the MacBook Air line, the new MacBook pros are shipping today.

Apple announced a new MacBook pro today, one that is shockingly thin from the side. Phil Schiller joked that “it’s thinner than [his] finger.” The new unit, which looks like a MacBook Air in some respects, is only 0.71 inches thick.

Apple simply stated that it is thin as an Air. It sports a Retina display, and weighs 4.6 pounds. This device, mark my words, is going to be popular. That Apple put a Retina display in the computer was expected.

The screen is 15.4″ across, at a 2880×1800 resolution, for a total of 5,184,000 pixels. That should work out to about 220 DPI, if our sums are correct. Apple claims that this is the highest resolution notebook display in the world. The company also claimed that it has managed to reduce glare and reflection by 75%.

The new laptop is far more than a screen swap, according to Apple “everything inside this new MacBook Pro has been updated.” Apple showed a picture of its guts, which were, as expected, mostly battery. You will be able to configure the new MacBook Pro with a quad-core i7, up to 16 gigabytes of RAM, and a graphics card with 1 gigabyte of its own memory. A 768 gigabyte SSD will be available. The computer has a claimed battery life of 7 hours.

This is the first Apple laptop to have HDMI built-in. Also included are two Thunderbolt ports, and, as with the new MacBook Airs, USB 3.0 support. To save space, the Thunderbolt ports will provide Ethernet and FireWire 800 capability. In the tidbits section, the new MacBook Pro will contain Bluetooth 4.0, Facetime HD, and dual microphones. It does not appear to have an audio-in jack, oddly.

For fun, here’s the computer’s innards:

To cool the device, Apple employs fans with asymmetrical blades that distribute the sound across ‘multiple spectrums,’ making it quieter. Yes, your inner nerd just jumped. The computer will cost $2,199, in its basic configuration. That’s this:

Reaction to that price has been positive. The computer ships today.

Apple officially announced the next version of OS X, Mountain Lion. Three new OS X will be present: Messages, Reminders, and Notes. There is a new file interface that will show your cloud documents, as well as local documents. More support for the cloud has been added for Keynote, Preview, TextEdit, and Pages. There are now some 125 million iCloud users, something that Apple is tremendously proud of.

According to our own Matthew Panzarino, Apple failed to mention “how iffy” Messages’ performance is. Apple’s attention to detail, however, hasn’t waned. With the new Notification Center, once a projector is attached to the computer, it will be muted automatically. Also baked into Mountain Lion is support for universal login to Twitter.

New in Mountain Lion is the ability to dictate. Anywhere you can type, you can dictate. It looks like this:

Also announced today was a new build of Safari, featuring a new ‘omnibar,’ which will allow for searches and URLs to be typed into the same area, much like with Chrome. It looks like this:

In the new Safari, tabs can be synced across your devices using the new ‘iCloud Tabs’ feature. This will keep your iPad in sync with your MacBook Pro, and so forth. Safari will now better support Chinese users, including a Chinese dictionary, and Baidu support. Also included is something called ‘tab view’ that allows for navigation through tabs with gestures. Pinching, for example, will open a new tab. The new view looks like this:

Share buttons have been integrated into Mountain Lion, providing access to both Twitter and Facebook. A  new feature called ‘Power Nap’ that, in the words of Apple, “keeps your Mac up to date while it sleeps.” Essentially, the tool will  grab your email, photo stream and more while it’s asleep. It will also back up to Time Capsule and install system and App Store updates automatically. You have to have a ‘recent’ MacBook Air to use it, however, so anyone holding onto a first generation Air is out of luck.

Game Center is being released for Mac. Interplay between iOS and OS X will be supported for both head-to-head and turn-based games. Essentially, your Game Center account is the same on the go and at your desk. Developers gave this a warm reception, which was no surprise at all.

There are 1700 new APIs in Mountain Lion. The software will be out next month, and will cost $19.99. That’s cheaper than Lion was, as you have surely noted. Apple will allow users to upgrade all of their Macs to Mountain Lion with a single purchase. If you purchase one of the new Macs before Mountain Lion comes out, the upgrade will be free. Developers were given a ‘near final’ preview of Mountain Lion today.

Through March 30th, there were some 365,000,000 iOS devices. More than 80% of Apple’s customers have made the jump to iOS 5, a massive percentage. Of course, Apple compared that to Android, noting that only 7% of Android customers are on the most recent version. According to Apple, some 7,000,000,000 push notifications are sent everyday, adding to the 1.5 trillion already sent.

However, all that is old hat compared to what Apple had for today: iOS 6. iOS 6 will contain some 200 new features, including additions to Siri, which are something that has been needed for some time. Sports capabilities have been added, as have new abilities to handle restaurant related queries and movies. Siri will also support more languages in its coming version, including Mandarin, two forms of Cantonese, French, German for Switzerland, and Korean.

You can now tweet by talking to your phone. The Apple-Twitter love fest continues. In a fun twist, Apple is working with car manufacturers to install Siri buttons in their vehicles. This will roll out in the next 12 months. GM, Mercedes, Honda, BMW, and other companies are joining into the program.

Siri will be coming to the new iPad, a welcome and expected move.

Facebook integration is a key component of iOS 6, with Apple stating that it has ‘worked very closely with Facebook’ to build the proper features. Single sign on will be supported. You will be able to use Facebook to share apps, movies, shows, photos, and other content. It is integrated with the Notification Center. The Facebook integration is a public API, a move likely made to avoid antitrust complaints.

In iOS 6, Apple has revamped the phone app itself, adding Message and Remind Me Later capabilities that should ease the pain of phone calls a bit. You can even have the phone send a text for you, to the caller:

Apple is bringing Do Not Disturb, to iOS. Do Not Disturb will collect notifications, but not ping your screen. You won’t lose anything, and you won’t be bothered. Given how noisy a modern smartphone can be, this is a smart move. You can, of course, decide which calls, if any, make it through. Settings will even allow for a repeated call to make it through, in case it’s an emergency.

Facetime will now run over 3G and 4G cellular connections. Apple is unifying your phone number and Apple ID. You can answer Facetime calls from either Mac, or an iPad now. Your phone number is also being integrated into iMessage.

Mobile Safari, of course, supports the new iCloud tabs. You can now upload photos to websites from Mobile Safari. That’s going to be popular.

Photo Stream is also picking up a few new features, including the ability to share photo albums with friends. These shared albums are synced to all devices.

Mail in iOS 6 is set to improve, with the inclusion of ‘Flagged’ and ‘VIP’ mailboxes, sorting your mail. Mail will now allow users to insert photos and videos into mail on the phone. Pull to refresh will work in Mail.

A new app is being added, called Passbook. It will collect and store all a person’s boarding passes, and other cards, in one place. You can’t lose an app! Well, I guess you can lose a phone.

Obviously, this will be best suited for the airport, and the movie theater. What’s neat is that the cards can update, changing your Starbucks balance, for example, or flight gate. Apple has thought this through.

Also in iOS 6 is Guided Access, which allows for the disabling of individual elements of an application. You can use this to disable the home button, for example.

Apple has redesigned the App Store and iTunes in iOS 6, which will also sport better privacy controls and the ability to put your phone into ‘lost mode.’ In that mode, the phone can display a number, allowing whomever finds it to reach you.

The beta of iOS 6 goes out today. It can be used by the iPhone 3GS, but not the first generation iPad.

As expected, Apple announced its mapping solution today. The company is now doing all its cartography itself, a massive blow to Google, who had previously provided Apple’s maps tools.

The interface is new. The new Maps contains local search data, custom mapping tiles. Some 100,000,000 business listings are integrated. Yelp, and others, provided a bulk of data.

Apple’s new Maps will crowdsource traffic data, anonymously, of course. Turn by Turn navigation is included. The new tool is smart enough that it will route your around traffic, to avoid delays. Of course, it’s integrated with Siri.

Apple flew over a number of metro areas and shot pictures, allowing for it to build 3D images of big cities. Just like what Google announced last week. Our first thought: Amazing.

You can move the camera angle yourself, creating a very dynamic experience. It appears that Apple didn’t need Google after all. Then again, Apple still hasn’t dipped its toes into search. So that remains a tie.

Of course, this is a feature of iOS 6.