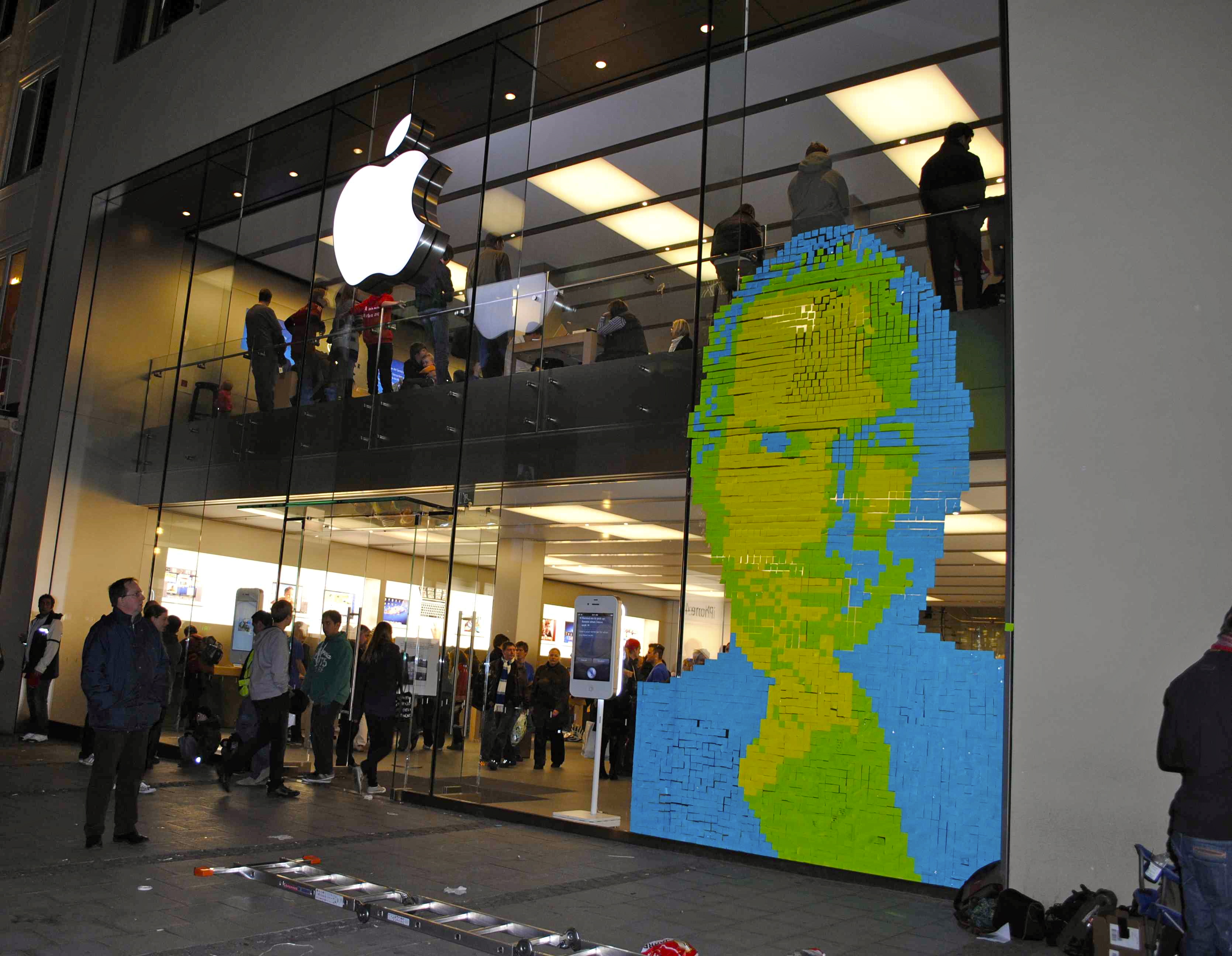 If there was one thing that defined Steve Jobs, it was his immense creativity, and it seems that a lot of fans were as inspired by the man as his creative genius. Some of them found a wonderful way to express their respect for the departed Apple co-founder by creating a portrait of him out of thousands of Post-it Notes, as reported by MacRumors.

The portrait now adorns the front-facing glass walls of an Apple Store in Munich, Germany and has been created out of 4,001 of those small sticky notes. It’s touching, it’s beautiful and it’s a very skilled demonstration of a sort of real-world counterpart to pixel art. Here’s a photograph of the people who fashioned it, standing in front of their creation:

Here’s a photograph of the portrait itself:

Also worth watching is this time-lapse video of the team in action as they prepare their tribute to Steve Jobs:

Read next: Google teams up with the Citizens Advice Bureau to promote online safety