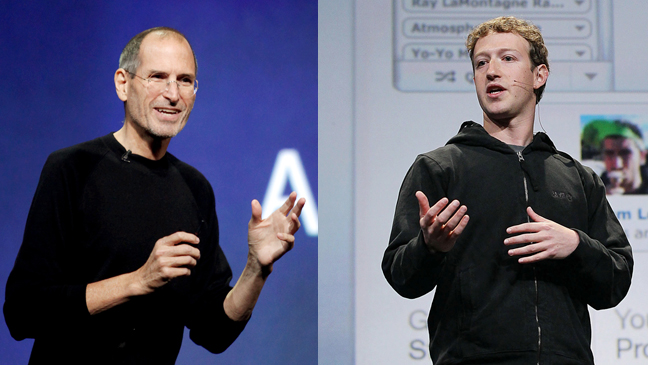 In an interview with Charlie Rose, to be aired this evening, Facebook CEO Mark Zuckerberg has confirmed that Steve Jobs did advise him as to how to focus Facebook and how to build a management team, reports SFGate.

We had already reported that Steve Jobs, in his biography by Walter Isaacson,  had said that he consulted with Zuckerberg about not losing his way with Facebook as a company.

“I will continue to do that with people like Mark Zuckerberg, too,” Jobs said. “That’s how I’m going to spend part of the time I have left. I can help the next generation remember the lineage of great companies here and how to continue the tradition. The Valley has been very supportive of me. I should do my best to repay.”

Zuckerberg tells Rose in the interview that “I had a lot of questions for him. How to build a team around you that’s focused on building as high quality and good things as you are.”

“Apple is a company that is so focused on just building products…these beautiful products for their users,” Said Zuckerberg. “Facebook has this mission that’s really more than just trying to build a company…that has a market cap or value. It’s like we’re trying to do this thing in the world…I just think we connected on that level.”

Apparently Jobs also spoke to Zuckerberg about “the aesthetics and kind of mission orientation of companies.”

Interestingly, Zuckerberg said that Jobs never offered to buy Facebook, quoting Isaacson’s biography, in which Jobs said that he admired Facebook “because you guys don’t want to sell out.”

Facebook COO Sheryl Sandberg said of Jobs that “I think he understood Mark enough to know that Mark didn’t want to sell his company…he would have understood that about Mark.”

Not that we had any reason to doubt what Jobs had said of course, but still it is interesting to hear it confirmed by the other party. Mark Zuckerberg’s interview with Rose, conducted along with Sandberg, will air tonight on PBS.

Read next: Zuckerberg: Facebook's platform is now to be a "partnership company"