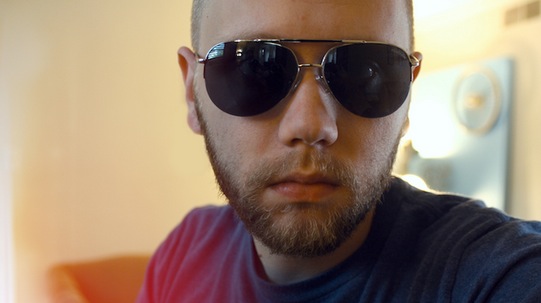 As a veteran of many years in retail, I can tell you that it’s an interesting pressure cooker that can bring out the best and worst in both you and the customers that you help. That pressure is only amplified when the retail posting is one of the most highly regarded in the world: an Apple Store Genius.

The Genius program was instituted in the very first retail store in Tysons Corner Virgina, back in 2001. It was envisioned as a place where people could take their Mac questions, either before or after purchase, and have them answered. You can see it explained by Apple founder Steve Jobs in the video below.

The Genius Bar has grown to be a hallmark of the Apple way and then-retail-chief Ron Johnson described it as the “heart and soul of our stores”. But what about the Geniuses themselves? What is it like to juggle the upkeep of the Apple ‘experience’ while dealing with the realities of technical issues and the unpredictability of customers whose lives have been crushed by lost data or critical equipment.

Hackett splits the book up into chapters that detail an encounter, or series of encounters, with a kind of problem. Some customers elicit sympathy, others pathos, others rage. It’s like life, but you’re not allowed to walk away.

The stories range, from those with positive outcomes, such as the times when the Geniuses are able to ‘surprise and delight’ customers by going the extra mile to get them back to work, to less than ideal outcomes. Nobody’s perfect; especially when you add in mediocre pay, often inept managerial staff and high expectations.

The pressure does manage to create some stories with unintentional and surprising humor though, like this one, when one of the Geniuses takes in an iPhone with a defective vibration motor:

This meant we had high stacks of boxes, filled with dead logic boards, failed hard drives, and dozens upon dozens of swapped iPods and iPhones hanging out in the room all the time. Since I was the Lead Genius, I had my own desk in the corner, near the shelves of parts. One day, I was working on the schedule for the upcoming week, when every 45 seconds or so I’d hear a BUZZZZZ coming from the shelf.

At that point, I didn’t care about inventory, paperwork, rules or even the safety of anyone in the room. I sat the iPhone face up   on the concrete floor and grabbed a crowbar we kept in the Genius Room — to this day, I don’t know why we had it, or where it came from — wound up, and I hit the iPhone as hard as I could.

You should be able to get through it in just a couple of short, enjoyable reading sessions.

I found that much of the book felt familiar, in both good and bad ways. Although I never worked in an Apple Store, I did work in electronics retail for a lot of years, in stores that prided themselves on customer service first and foremost. There is a certain kind of mentality that works well in those places. You have to be well educated in the technical aspects, but also a student of human nature. You have to be able to evaluate a person within a few sentences, to tell what kind of approach is best to helping them, whether it be stern, humorous or stoic.

Bartending does a lot to expose how the crucible of the Apple Store amplifies these experiences because of its reputation and the expectations that people bring with them when they arrive. It’s also an interesting snapshot of a time which is fading at Apple. Replacement, rather than repair, is becoming the norm, and with the iPhone now driving more than half of Apple’s business, it’s likely to continue.

Hackett is a more than capable narrator, honest in his success or failure at handling a particular customer’s issue and he accurately portrays the very human reactions on both sides of a customer-service disaster. I know well that feeling when you can sense an interaction with a customer go off the rails and you know that you don’t care about bringing it back. It’s far more enjoyable to read about it than it is to experience, and the glimpse behind the Apple store kimono makes it that much more delicious.

If you’re interested in the day-to-day of a Genius working at a busy Apple Store, or just a lover of very human stories about technology, then Bartending is well worth a few bucks.

Bartending: Memoirs of an Apple Store Genius available in Amazon Kindle and DRM-free iBooks editions for $4.99.

Read next: Amazon is shipping the Kindle Touch early to international customers