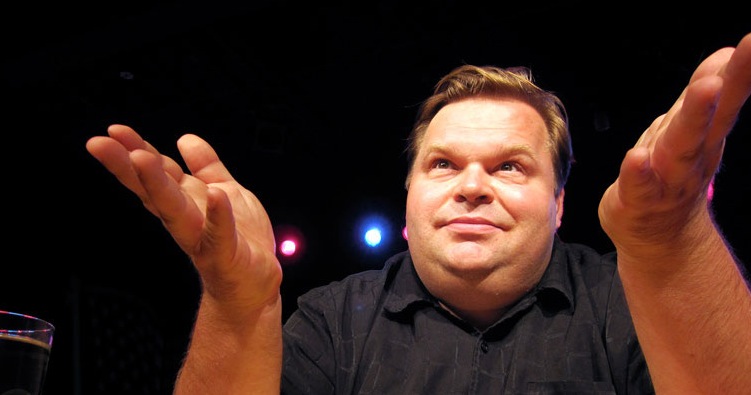 The New York Times has edited an article by now-suspect monologuist and performer Mike Daisey to reflect that questions have been raised about its accuracy. This follows the public radio program This American Life retracting an entire episode of its program starring Daisey after it found evidence that he had fabricated much of it.

The article, entitled ‘Against Nostalgia‘, was penned by Daisey and The New York Times published it just after the death of Apple founder Steve Jobs. The article focused on aspects of Jobs and Apple that Daisey felt ran counter to the sentimentality surrounding his death.

The questionable paragraph, much like the episode of This American Life, focused on a 6 day visit that Daisey made to China. The paragraph is no longer present in the article, but some sites still quote the paragraph along with a link to the article.

I have traveled to southern China and interviewed workers employed in the production of electronics. I spoke with a man whose right hand was permanently curled into a claw from being smashed in a metal press at Foxconn, where he worked assembling Apple laptops and iPads. I showed him my iPad, and he gasped because he’d never seen one turned on. He stroked the screen and marveled at the icons sliding back and forth, the Apple attention to detail in every pixel. He told my translator, “It’s a kind of magic.”

According to a report by Rob Schmitz at Marketplace, much of what Daisey claimed to have seen and subsequently reported was an outright fabrication. It appears as if The New York Times is uncomfortable enough about the truth of the statement in Daisey’s piece that it has removed it.

The note at the top of the piece reads:

Editor’s Note: Questions have been raised about the truth of a paragraph in the original version of this article that purported to talk about conditions at Apple’s factory in China. That paragraph has been removed from this version of the article.

Daisey defends his statements to This American Life, saying that he used his lies about some aspects of Apple in order to represent the ‘totality’ of his experience in China. In a statement about the episode being retracted, host Ira Glass says that discrepancies surrounding Daisey’s statements came to light in the fact-checking process.

“At that point, we should’ve killed the story,” Glass said. “But other things Daisey told us about Apple’s operations in China checked out, and we saw no reason to doubt him. We didn’t think that he was lying to us and to audiences about the details of his story. That was a mistake.”

Daisey was referred to by many publications as a commenter on Apple and its factory conditions due to his monologue The Agony and the Ecstasy of Steve Jobs, which used much of the same testimony in its performance that is now being reported to be fabricated. I don’t think this is the last of the corrections that we’ll be seeing.

Read next: List.ly makes curating lists of things simple and interactive for publishers