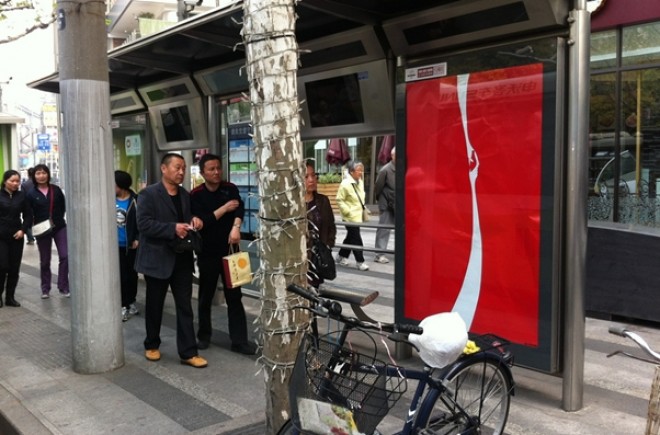 Hong Kong design student Jonathan Mak Long, who gained global recognition last year for a unique logo tribute to Steve Jobs, has seen his career begin to take off after the young designer landed an advert for Coca Cola following his Apple success.

The 20 year old, who put former Apple CEO Jobs’ silhouette in the company’s famous logo, was contacted by Ogilvy and Mather China who put his talents to work for the brand, as he explains on his blog:

If you are in Shanghai, you may come across a poster I designed for Coca-Cola. The Chief Creative Officer of Ogilvy China got in touch with me, and offered me this amazing opportunity. I can’t thank them enough, and really hope we can keep doing work together in the future.

The design is part of Coca Cola’s “Open Happiness” campaign and the logo was designed to encourage users to ‘share’ the drink.

The design is currently only used in China, having only been put out yesterday, but the image could be used in other markets, and it has certainly impressed the client.

“It’s got unusual, intriguing stopping power,” Stephen Drummond, director-content and creative excellence for Coca-Cola in Asia Pacific, told Ad Age. “Everyone’s responded with a sense of, ‘Wow, that’s a different, intriguing spin on something so iconic and so familiar.’ Just for that reason it engages people. Of course the message of connection and friendship with the brand at the center comes through very clearly.”

Discussing the Coke ad, Mak says, “I think the way I approached the poster is quite similar to the Steve Jobs Apple logo.” 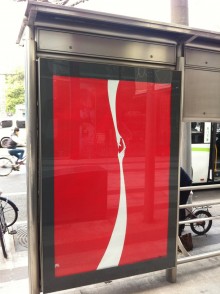 “I enjoy making visual puns. … I don’t want to say it’s my style, but I do enjoy combining elements together to create a joke almost,” he said. “It captures people’s attention. These kinds of images are quite appropriate to advertising. It takes a second to get, and then there’s an ‘aha’ moment.”

Mak remains humble and recognises the impact that his previous creation has had on his fledglingly career. “It has been half a year since my image went viral,” he writes on his blog, “and it never ceases to amaze me how much the incident has affected me.”

Currently a second year undergraduate student, Mak is said to be undecided on his future and any possible move the advertising industry, though Ogilvy paid him for his work and are keen to link up with him again.

The Coke ad has proved popular on Twitter, albeit not to the extent of the Jobs-Apple logo, where it is being promoted using the #cokehands hashtag.

For those who hadn’t seen it, or just want to look again, here’s his famous tribute to passed former Apple CEO Steve Jobs.