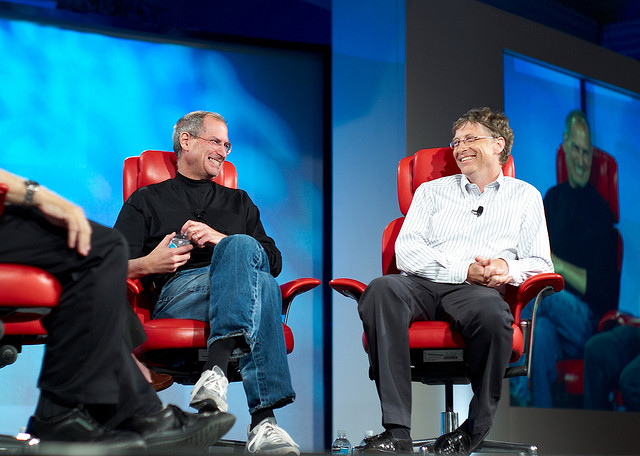 During an interview with The Telegraph, former Microsoft CEO Bill Gates disclosed that he had written a letter to Steve Jobs as he was dying.

Apparently the letter meant quite a bit to Jobs, as he kept it by his bedside in the final days of his life. According to Gates, the letter wasn’t to make peace, as the two had gotten along quite well:

There was no peace to make. We were not at war. We made great products, and competition was always a positive thing. There was no [cause for] forgiveness.

After Jobs passed away, his wife Laurene called Gates:

She said; ‘Look, this biography really doesn’t paint a picture of the mutual respect you had.’ And she said he’d appreciated my letter and kept it by his bed.

While Gates didn’t share exactly what was in the letter, he did touch on some of the things he wrote to Jobs about:

I told Steve about how he should feel great about what he had done and the company he had built. I wrote about his kids, whom I had got to know.

Bill Gates has become quite the humantiarian since leaving his post at Microsoft, giving 48% of his net-worth to charity through the Gates Foundation.

It’s sad to think about what type of dent Steve Jobs could have made in the way health is managed in third-world countries after his days at Apple. I’m sure that the accomplishments Bill Gates has made would have fueled him to do the same in his older age.

Read next: A Facebook employee says the company will sell private shares on Monday