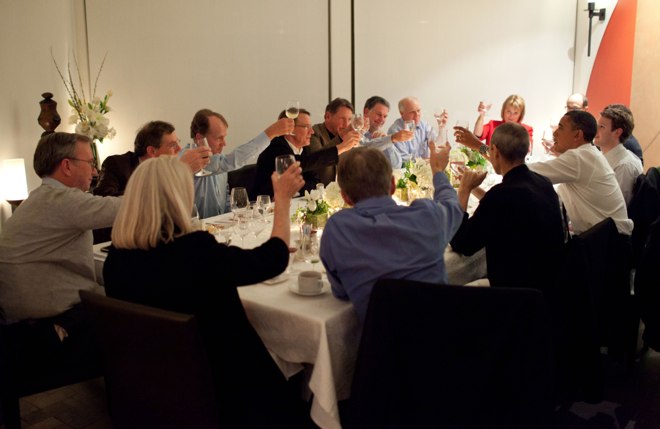 Apple has named Arthur Levinson, the former CEO of Genentech, as its Chairman of the board, reports Apple. Disney’s CEO Bob Iger will also join Apple’s board.

Apple made the announcement in a press release Tuesday. In the release, it outlines the fact that Levinson has been co-lead director of Apple’s board since 2005 and has served on all three of the board’s committees and will continue to serve on the audit committee.

Levinson is chairman of Genentech, Inc. and a member of the Roche Board of Directors. He joined Genentech as a research scientist in 1980, and served as Genentech’s Chief Executive Officer from 1995 to 2009.

Disney’s President and CEO, Bob Iger, will also join Apple’s board and serve on the audit committee.

Apple CEO Tim Cook said of Levinson that “Art has made enormous contributions to Apple since he joined the board in 2000. He has been our longest serving co-lead director, and his insight and leadership are incredibly valuable to Apple, our employees and our shareholders.”

Iger has also had a long-standing relationship with Apple and its former CEO Steve Jobs. Of Iger, Cook said “Bob and I have gotten to know one another very well over the past few years and on behalf of the entire board, we think he is going to make an extraordinary addition to our already very strong board.”

Levinson was one of the board members that pushed for inclusion of third-party apps in the iPhone’s ecosystem.

“I called him a half dozen times to lobby for the potential of the apps,” he recalled to Jobs’ biographer Walter Isaacson. His thought was that if Apple didn’t engage developers in this manner, another smartphone maker would, giving it an edge over Apple.

Levinson also worked with Jobs to shepherd Apple through the iPhone 4 antenna issue, urging Jobs to approach the situation carefully and with humility, and not to get depressed about the initial response to the matter.

Levinson was on the board when Jobs began his efforts to build a retail arm of Apple, something that had gone badly for companies like Gateway. “I’m scratching my head and thinking this is crazy,” said Levinson on hearing of the plans.

As far as Iger is concerned, Jobs got to know the CEO of Disney as he was taking over the reigns from much-maligned former head Michael Eisner, right around the point at which Pixar was becoming a powerhouse studio.

When Pixar’s heads expressed doubt about a deal in which Disney would purchase the studio, Jobs expressed his confidence in Iger’s leadership.

“If you guys don’t want to do it, that’s fine, but I want you to get to know Iger before you decide,” Jobs told Pixar’s John Lasseter and Ed Catmull. “I was feeling the same as you, but I’ve really grown to like the guy.”

During the transition talks, Jobs and Iger took a lot of Jobs’ famous walks to discuss the future of Pixar, essentially hammering out the future of that company and Disney’s animation division.

Jobs had a high opinion of Iger and respected him as a direct and savvy negotiator.

“That’s why I just loved Bob Iger.” said Jobs, when recalling Iger’s negotiations over Pixar. “He just blurted it out. Now that’s the dumbest thing you can do as you enter a negotiation, at least according to the traditional rule book. He just put his cards out on the table and said, ‘We’re screwed.’ I immediately liked the guy, because that’s how I worked too. Let’s just immediately put all the cards on the table and see where they fall.”

These changes are the first that Apple has made to the board since Steve Jobs passed away. Several days ago, a small change was made to clarify Levinson’s title as the Chairman and former CEO of Genentech, at which time we thought it likely that he would be getting an appointment. Looks like we were right.

Read next: How Qualcomm is Shaping Windows 8's Hardware Future