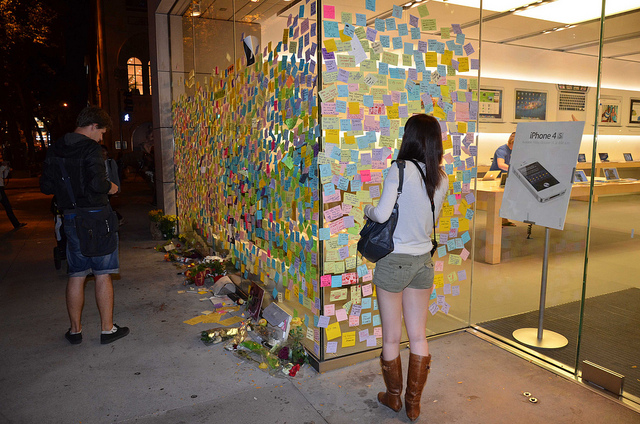 Last week we told you about a neat single-serving site called SteveTold.Us that gave you some great quotes from Apple’s Steve Jobs upon every refresh.

Since its launch, the site has nabbed nearly 3M pageviews, and the group behind it has launched two more sites today: toldusyodadid.com and markpushes.us. Obviously, these new sites feature Yoda and Mark Zuckerberg. 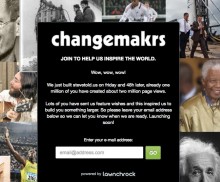 As with anything that gets hot instantly, there’s always an interesting backstory on how it came to be. Today, we got a little bit of background on how SteveTold.Us came to be. Since last week, the team tells us that its gotten a lot of people requesting features and signing up for its new initiative called Changemakrs.

TNW: Can you tell us more about the team behind the project SteveTold.Us?

Chloë Bregman: We are a team of 4 entrepreneurs in San Francisco, CA who co-founded and work on the startup Zerobird together. (blog.zerobirdapp.com) We have a team culture of hacking and creating things outside of Zerobird to amuse and inspire each other.

TNW: What inspired you folks to create the site?

Chloë Bregman: There are many people who inspire us everyday to do what we do: Steve Jobs for his vision, Facebook for their hacker culture and all of our friends who run startups. The choice of Steve Jobs wasn’t completely random. In Silicon Valley the iPhone, macbook airs and macbook pros are ubiquitous. We use apple products all day. When our team rented an RV truck to drive across america together in March to South by South West a large tech conference in Austin Texas, we listened to Steve Job’s audio biography on the way.

TNW: How did its launch go, and when did you decide to push it live?

Chloë Bregman: On Friday May 18th, the day of the Facebook IPO there was nothing that was inspiring to us in our Facebook news feeds. The only thing our friends and tech bloggers were sharing and writing about was the Facebook IPO and the Facebook Hackathon. Our co-founder Matthias quickly built stevetold.us to amuse and inspire us. We all quickly shared it with all of our friends. We had no idea how big the site would get. It was just another hack to inspire the team.

He shared the site at 3:30pm. At 5:45 pm you wrote an article on it for The Next Web. (https://thenextweb.com/shareables/2012/05/19/your-moment-of-apple-zen-remember-the-things-that-steve-told-us/) Over the course of the next 48 hours over 2 million people visited the site. People from around the world have been sending in feature requests, sharing the site, getting excited as they find the easter eggs such as clicking on the turntable to play Steve Job’s favorite song (tech term = http://en.wikipedia.org/wiki/Easter_egg_(media)) and have been returning to the site day after day.

TNW: What’s next for the team now that the first site was a massive success?

Chloë Bregman: The worldwide enthusiasm for stevetold.us inspired us to make this bigger. We realized we aren’t the only people who like to be inspired and feel connected to those who inspire us. On Monday, we started Changemakrs.com to build a place where people can be inspired and inspire others. People are visiting stevetold.us and signing up to be part of changemakrs which only inspires us more.

So there you have it. From a simple idea born out of inspiration has become a focus for a new type of company and site. Sure, Yoda is a fictional character, but his quotes in various Star Wars movies have inspired millions.

I’m personally interested in social good and seeing how people are inspired by technology, thoughts, and quotes. It seems like this team is on to something massive. Keep an eye on them.

Read next: Mujjo's new cases for iPhones, iPads and Macbooks are a vision in felt and leather