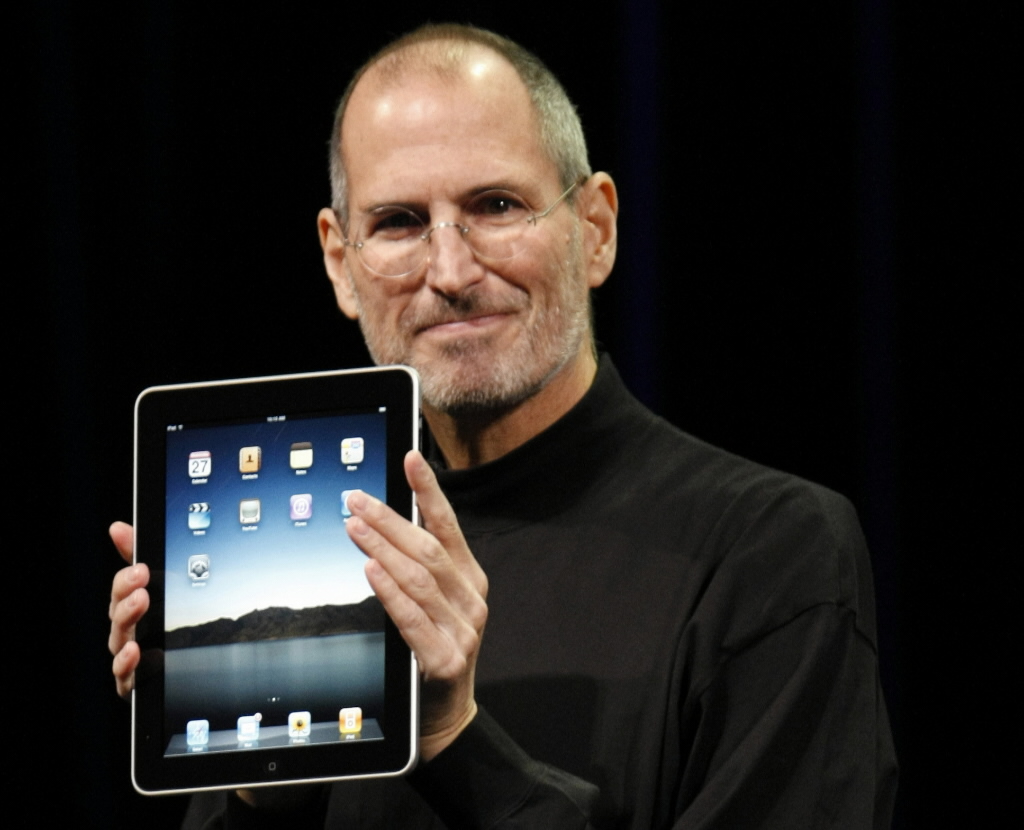 What was your personal tribute to Steve Jobs? For the Brazilian webdesigner Fabio Fiss, the answer is simple: he spent a long weekend holiday creating Stevenote.tv, and he doesn’t plan to stop here. So what is this website?

Launched at the end of November, Stevenote.tv is a platform whose ambition is to gather every single Steve Jobs’ keynote – or as they are familiarly known, “Stevenotes“. Its design is slightly reminiscent of Apple – Fabio said he used a template, with a few tweaks to make it even more simple and highlight the videos.

As you can imagine, the 26 years old Fabio Fiss is an Apple fan – albeit a relatively recent one. It all started with watching a keynote in 2006, he said. Since then, he has progressively converted to Mac and has been trying to watch all the keynotes he could find on YouTube, where Apple now has an official channel.

His personal favorites? Macworld 2007 keynote, Steve Jobs introducing the iPad in 2010 and the famous interview he gave alongside Bill Gates at D5, which Fabio describes as “one of the best moments in the history of technology”.

The idea: A single destination for Apple keynotes

When Steve Jobs passed away, he noticed many people were watching these keynotes again. Yet, he also knew looking for these videos online was a frustrating experience, and that’s how the idea of Stevenote.tv emerged. His ambition? Gather all of Steve Jobs’ videos in one search-friendly place – not only the keynotes, but also documentaries, interviews and Apple ads.

Only a few days after launching the Stevenote.tv, Fabio almost accidentally met an editor of Cult of Mac who happened to be in Sao Paulo, and her note quickly drew attention to his site. According to Fabio, it received 20,000 visits on that day, followed by a few blog posts and articles around the world, including in his home country.

While Fabio could probably monetize this traffic, he’s chosen not to until he gets a full understanding of the site’s legal situation. To be on the safe side, he has decided to stick to a non-commercial use of the videos for now, which he doesn’t host directly. He also added a disclaimer at the bottom of the homepage to clarify that his website is in no way affiliated with Apple, and crosses his fingers for the company to understand his website is nothing more than a tribute to Steve Jobs.

The main way he hopes to leverage the traffic on his website? It’s by asking visitors to help him make Stevenote.tv even more complete. Indeed, the website is not only about full-length videos. In the long run, he hopes to create a landing page for each previous Apple event, with the full video and a transcript which would include excerpts showcasing the keynote’s highlights. To give his readers’ community an idea of what he’s trying to create, Fabio created an example with the site’s WWDC 2010 page.

While Fabio has included the iPhone 4S keynote in his selection, he hasn’t decided yet whether he’ll keep uploading upcoming Apple presentation. After all, the name of his site is a reference to Steve Jobs, not to Tim Cook. Yet, Fabio thinks what Steve Jobs has created with his Stevenotes is a presentation model of its own and there’s no reason for the website not to include future keynotes if Apple remains true to Jobs’ legacy.

Read next: 10 phones you need to check out that AREN'T the iPhone