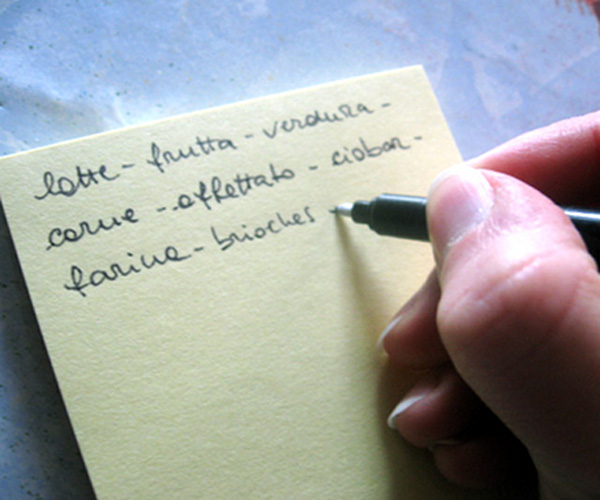 If you’re a busy person, anything that can help you get that little more organised can only be a good thing. Here are ten of the best productivity apps that have caught our eye this year. If you receive a lot of email, it can be difficult to keep track of all your contacts. It can sometimes take some effort to work out exactly who is contacting you and what dealings you’ve had with them in the past. Gmail plugin Rapportive takes the pain out of this by displaying the name, location, job information and more for everyone who gets in touch.

Third party developers can build their own add-ons for Rapportive called ‘Raplets‘, and MailChimp, BookingBug and Brightpearl are among the services already supported. If you’re a Mac OSX user, you might surprise yourself with how much time you can save using Raskin. This app works as a replacement to the built-in Finder file browser and aims to bring a touch of the iOS interface to Apple’s desktop machines.

Taking a visual approach, you’ll find yourself scrolling and zooming your way around the files on your computer. Files are displayed as visual preview thumbnails, making this the fastest way for people who “Think visually” to find what they need.

We said: “The quick and easy way you can navigate the contents of your computer, scrolling and zooming around a gorgeous-looking desktop is a joy.”

Evernote may not have been new in 2010, but this cloud-based note keeping service launched a number of improvements this year. Particularly useful was the launch of an iPad app which used the Apple tablet’s large, crisp screen to allow you to keep on top of your notes in a beautifully easy way.

Evernote also launched its own third party ‘App Store’ called Trunk, highlighting the wide range of add-ons available for Evernote. Mind mapping, voice transcription, PDF annotation tools and more are all available as extensions to this highly useful service that can quickly become an essential part of your workflow.

We said: “A great way to keep all of life’s notes in one handy location.” While Evernote gives you seemingly endless notetaking options, Simplenote is (as the name implies) much simpler. Billed as “An easy way to keep notes, lists, ideas, and more”, it focuses entirely on text. The app’s almost non-existent interface lets you get on with the task at hand an features like being able to collaborate with another user on a shared note make Simplenote a dream app for anyone who keeps snippets of information lying around and wants to keep them organised.

We’ve covered many to-do list services at The Next Web and this year, Wunderlist struck us with is simplicity and cross-platform support. Available for Windows, OSX and iPhone, the app features a list of tasks in the main panel that can be ‘Starred’ as high priority, checked off when done and edited with a click. The side panel allows you to navigate between different lists of tasks, letting you create lists for different projects or locations as you choose.

If you use multiple computers and want an app, rather than browser, based solution for keeping on top of your tasks, Wunderlist could well fit the bill. If you use solely Apple products, Dropkick‘s OSX and iOS app offers a similar solution.

We said: “‘Simple, easy and beautiful’ are the three words that immediately spring to mind when you fire it up.” 2010 saw Google continue to build on its cloud-based office suite. Most significantly, we saw document editing capabilities come to iOS and Android devices, including the iPad. This makes working on that last-minute spreadsheet or document a viable option right in your mobile browser.

If you use multiple computers and want to keep your documents synchronized across them all, Google Docs remains the easiest, most readily usable solution out there. If you find yourself regularly needing to share files from your computer with others, CloudApp does away with the usual problem of “Where do I upload them to?”

Just drag a file from your computer onto Cloudapp’s menubar icon… and that’s it. The file is whisked up to your CloudApp storage and a short URL link to the file is added to your clipboard. Paste it wherever you want to share the file and it’s ready to be downloaded by anyone who wants it.

Images, links, music, videos and files are all supported and you can manage your CloudApp files via a Web interface. Image uploads on the go will soon be made possible via an iPhone app and third party developers are able to create ‘Raindrops’ that give the app support for extra services like iPhoto, iTunes,Photoshop.

We said: “Far more than just a fast file sharing tool – it shares literally anything and includes integration with some of my favorite desktop apps.” Interest in document saving apps like Instapaper and Readitlater grew during 2010. While we now tend to consume more online content than we used to thanks to Internet-connected mobile devices, it’s not always convenient to read long articles at the time we discover them. That’s where Instapaper and ReadItLater come in, allowing you to save text-based content in an easy-to-read format that you can access whenever and wherever you’re ready to consume it.

Both services use bookmarklets in your browser to let you mark pages for later reading. If you’re simply looking for a way of reading long articles at a later date, Instapaper’s minimalist approach,which strips out images and other media, might well be the best option for you. Meanwhile, ReadItLater keeps images and video intact for offline consumption, making it more useful as an “offline browser”.

We said: “‘Read-it-later’ services such as Instapaper, are something that we see exploding in the near future, and when that happens, creators of online written content may just have to change the way they write.” Despite having recently been granted the gift of multitasking, the iPad still can’t let you run two apps on screen simultaneously. If you do a lot of work based around the Web, or simply want to make notes from Web pages once in a while, BrowserNotes is for you.

Displaying a split screen – a web browser in one pane and a notepad in the other – researching from the Web is suddenly a pleasure on Apple’s tablet. The app can also load up PDF, Word, Excel, and Powerpoint files for you to make notes from and your finished work can be sent by email if you need it elsewhere.

Already listed in our 10 Best Ways to Consume the News, Lazyscope turns your Twitter feed into a news reader. Created by the same team behind content discovery service Lazyfeed, this Adobe Air app lets you see all of the content within your Twitter feed without having to click on links and open new windows.

Like all the apps in this list, simplicity is the key here. Once your Twitter feed is loaded, a two-pane interface displays tweets on the left and content linked to in those tweets on the right. It’s suddenly incredibly quick and easy to scan for interesting new links without having to go anywhere near a browser. Our recent screencast review video highlights some of the app’s great features, like being able to subscribe to blogs, photo sharing services, YouTube channels and any other interesting feeds that you discover, all of which will be loaded within Lazyscope from then on.

We said: “A 100% win. For those times when I’m not relying on Twitter to do my work, it has just become my client of choice.”