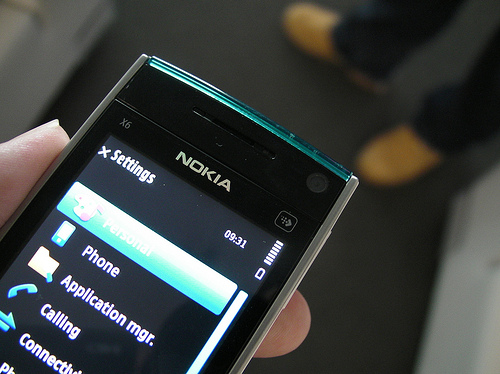 You may have thought that the previous post on SimpleNote was a wee too—simple. This wasn’t accidental you know, SimpleNote is designed to be simple, it’s designed to give you the ability to just sit down and use it without fuss or muss. But you might be wondering if you missed something. Maybe there is more to using SimpleNote? Maybe some tips that can help you get more out of it? Well, of course, this wouldn’t be a lifehacks type post if I didn’t pass on some wisdom!

SimpleNote is a great way to jot down a simple to-do list that you can carry around with you wherever you go. Oh, yes I know. There are a ton of apps for tasks and to-dos. Myself I really like Things, but if I’m just jotting stuff down, often simple is best. The handy tip from yesterday is to pin the note to the top so it doesn’t get lost in the shuffle.

A note on features: Some features, like pinning, only work for the official SimpleNote apps (web and iOS). Some third party apps, like Notational Velocity, have their own tagging and pinning (bookmarking) features, but they might not sync or tie in with SimpleNote’s features.

Notes on the go

I know the new MacBook Air is everyone’s darling computer, but honestly, we all can’t afford one. I’m lucky enough to have an iPad as well as a netbook and my MacBookPro so I have a variety of choices for taking notes. The thing is that often I need to take notes—or write—when battery power is at a premium. Like those conferences where they seem to have hidden all the power outlets? This is where SimpleNote (and the iOS apps and third party apps) really knocks it out of the park.

Fine, taking notes on your iPhone might be tedious, but you your iPad? Yeah it’s bliss. For Windows netbooks, check the SimpleNote downloads page for your options. For Linux netbooks, the SimpleNote website is going to be a solid choice when you’re online. It’s in offline mode that the third party SimpleNote apps (and iOS apps) really prove their usefulness. When you need to squeeze every last amp out of your battery, you not only want to run as few apps possible but also apps that don’t require a lot of RAM or CPU power. These basic note taking apps fit this to a tee. I will often shut off Bluetooth, Wifi, all extra apps, just run the bare core of apps when I need to take notes. On my MacBook Pro, Notational Velocity is a great app that I can take a ton of notes in, very quickly, and even format to be a blog post, while being very stingy on battery power.

Once you’ve mastered SimpleNote for managing tasks and notes, you’re ready to move on to more advanced things. Things like:

And those things will be in the next segment of this SimpleNote tutorial.

Read next: Is Facebook on track for a $2 bn year of revenue?