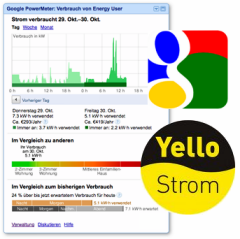 Perhaps it’s the iPad or the large screens on smartphones. Maybe it’s the increasing attractiveness of reasonably-priced ebook readers. It could just be that the constant river of news is just too engrossing to spent too much time on the shore, reading.

Whatever the reason, “read-it-later” services such as Instapaper, are something that we see exploding in the near future, and when that happens, creators of online written content may just have to change the way they write.

If you’re not familiar with Instapaper and other such services, basically they allow you to – with one click – save an entire article to a central account (in a way similar to bookmarks) that then strips out all of the ads and other distracting stuff (more on that below), leaving you with nicely formated text and pictures for you to read whenever you feel like, without having to go back to the website.

The “instant-paper” can then be saved/exported/printed in a number of formats, including ePub, so if you wish, you can read them completely offline. It’s a really dead-simple concept, but a completely addicting one as well – which is why we think it’s going to take off, and quick.

So in our minds, this will be a new – and powerful – form of consumption online. Basically, it could end up becoming the TiVo of the written Web – where users just grab what they want, store it away and watch it – ad free (i.e. without the distracting stuff) – on their portable devices whenever they wish. The question is, though, does it work for all written content?

As frequent users of these services, we can tell you this: you’re more likely to both save an article and read it later when the article has some heft to it, or is just plain long, which brings us to our question: will these services change the way that writers write for the Web?

Will it change the way we write?

First of all, let’s examine the “nothing is going to change” argument. This argument would probably go something like this: the Internet is a huge place, with written content ranging from a couple of sentences to many pages, and read-it-later services are just going to make life easier for a fraction of the people that read content online, with the browser (and possibly dedicated apps) continuing to be far and away the primary consumption medium. This is certainly a very sound argument, and frankly, it’s most likely the correct one in the current environment.

However, when tablets, ereaders and smartphones become predominate over the PC, it could be that our reading habits change drastically, with the browser simply not continuing to be the best place to read content anymore. If/when that becomes the case, then perhaps writers/blogs/sites will have to make conscious choices about whether or not they are going after “the Instapaper crowd”.

How would that change the way we write? Well, first of all, someone would have to figure out (through web analytics hopefully) what the general cutoff point is for making the read-it-later action, i.e. how long does an article have to look for someone to want to save it for later.

Are we just talking length here though? Certainly not. Titles, writing style and even page formatting are going to have to be tweaked depending what audience the writer/website is aiming at, and the writers/websites that do this tweaking the best, will be the ones that people read. Count on it.

One final thought – could there be a backlash from the content community against Instapaper and others like there was from cable TV towards TiVo at first? Possibly, and someone might even be able to develop a programmable way to restrict visitors from saving content to services like Instapaper from their sites. There is even the possibility that websites will try to become more “live” in an effort to just skip the entire Instapaper crowd completely, but we’re not sure how that would work out unless your site is offering live coverage of an event or something. Frankly though, going against the tide is often a colossal mistake. If content providers tried to deny the existence of Instapaper and others, readers would simply go somewhere else to get their content, because, after all, the Internet is a huge place.