It’s extremely difficult to boil down the best social apps of 2011, since 2011 was very much “the year of social”. First, let me clarify what an “app” is exactly. An app is any website or mobile application that lets you do any number of things. Sometimes, people hear the word app and think mobile only. That’s not the case, as you’ll see with my “Top 10 Best Social Apps of 2011”.

Some of these apps might seem obvious to you, but the stories that propelled them into being monsters this year are extremely interesting and unique. Be it via an acquisition or a new niche, these apps drove users, traffic, and engagement like no other. Here are the social apps that stuck out to me as being the kings of social in 2011, in no particular order. 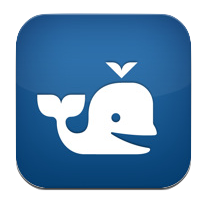 The SXSW Interactive festival was the event of the group messaging app. Many called for this type of application to rule 2011, but alas it did not. However, two lucky group messaging apps were purchased, and one was a social coup for Facebook.

Beluga, which was purchased shortly before SXSWi by Facebook, became Facebook Messenger, one of the top apps on both Apple’s app store, and Android’s Market. While we figured that the acquisition would simply shut down Beluga and fold the team into its mobile unit, Facebook Messenger broke out as a standalone success this year. Chatting on Facebook became its own product with the release of the app, creating more engagement than ever for the social networking giant.

Pinterest describes itself as an online pinboard to share and organize the things you love. At first, it sounds like a link tracking site similar to Delicious, but it’s so much more.

With astronomical growth, this is the site that I hear about the most when I talk to non-geeks about technology. It seems like the site has grabbed a demographic that slants heavily towards women, but anyone and everyone is getting into the act. It’s fast becoming a guilty pleasure for many geeks who love to share the things that they’ve pinned. 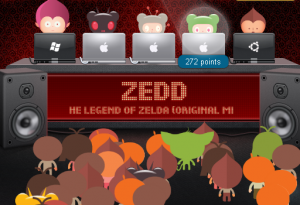 Turntable.fm seemingly came out of nowhere earlier this year, and grabbed over a hundred thousand users quickly. What is best described as a service to listen to music and chat with your friends, it’s the chat part that surprised everyone so much. Productivity at many startups ceased to exist, with people talking smack about each other’s song selection. Some startups like Assistly even installed a giant TV to display the site’s happenings.

Along with the ability to chat for hours on end, the site allows you to tweet the songs you’re currently playing and invite your friends from Facebook and Twitter to join in. Last week, we participated in a DJ challenge for charity, and it was beyond fun. With music as the focal point, Turntable.fm conjured up memories of AOL chatrooms for us.

I firmly believe that social e-commerce will be a huge trend in 2012. With sites like Groupon tapping social networks to make a buck for businesses, smaller startups are seeing dollar signs based on Facebook interactions.

One site that we saw this year, called sneakpeeq, brilliantly leveraged Facebook with some social twists that will not only move product, but keep people talking. The site lets you flip around a tag on an item, much like you would at a store, and then shares the price with you and your friends on Facebook.

The year didn’t start off so great for the social networking site if you looked solely at the numbers, but the idea behind the startup is a fascinating one. With Facebook friends looking more like people you may or may not have met in person, Path saw a need to build a network of your closest friends and family. It makes total sense, albeit a different way to attack “social”. The site started out letting you share photos and videos with 50 people or less, which it has since expanded to 150.

At the end of the year, Path released the “2.0” version of its product, which allowed you to share way more than just photos and videos. Now you can share songs, status updates, and even tell your friends when you wake up or go to bed, and it’s actually gaining traction. Shrinking down your social network into a more personal one is a trend to watch in 2012. Google+ opened up the doors with Circles and Facebook is still trying to find its way with lists and groups.

After Twitter acquired apps like Tweetie, which became Twitter’s official app, and Tweetdeck, it seemed like the end would be near for Twitter applications. But not so fast, Tweetbot came out with its own app and it is extremely gorgeous.

Twitter has since updated its official app to go along with its new simplified approach on the web, leaving many features we’d grown accustomed to out to pasture. Luckily, Tweetbot stepped up and has become the Twitter app of choice for many hardcore users. 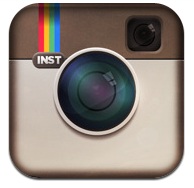 This is what the community driven giant that Flickr could have been, if it had a solid app. Instagram has grabbed hold of the universe and at one point was adding 1.5 users per second. By the time that the year was over, it had over 15 million users. All of those users are on iOS, because the company hasn’t even released an app on another platform as of yet. That’s impressive.

While taking photos and adding a filter might not sound like tons of fun to everyone, Instagram’s community does it in droves, along with commenting and liking photos. It’s a beautiful community, and the social nature of the app goes way past the mobile device. With people talking about it incessantly at bars and social events, taking a photo on Instagram is this year’s foursquare check-in.

This app came out of nowhere to bring something different to social. With messaging apps boasting billions of messages sent, Voxer took an old school approach and decided to make its app all about voice.

It’s not Google Voice though, this app lets you send voice notes to friends, making the app feel like a walkie-talkie experience. Voxer ran up the charts on Apple’s app store and continues to beat out other social apps like Twitter, and even Facebook at one point.

It’s impossible not to pit Google’s social network against Facebook, but the service stands out on its own quite a bit. With huge expectations waiting its arrival for over a year, Google+ launched and grabbed over 40 million users in just a few months.

While we expect a lot from a company as big as Google, the service nailed quite a few social features that Facebook couldn’t. First off, grouping your friends in Circles is a great way to share content, but more importantly, it’s a smarter way to go about privacy. Google+ Hangouts finally made chatting on video more social than a Skype conversation, launching music careers and more. Let’s not forget the integration of its +1 button to search results and YouTube videos.

Having done all of this, its iOS and Android apps have also become stellar, including all major Google+ features on both versions. It was a really good year for the Google+ team.

Spotify finally came to the U.S. with its music streaming application on the desktop and mobile. The interesting thing about Spotify is that tied together with its partner Facebook, it’s an extremely social application. By sharing songs with friends via an inbox, posting playlists, and now sharing what you’re listening to thanks to the Facebook Open Graph, Spotify has become the defacto social music app.

Even though some artists don’t like streaming, you can find pretty much any artist and song on the Spotify app. Take its social features and wrap it all up with a desktop app that has its own apps, and mobile versions for iOS, Android, and Windows Phone, Spotify could give iTunes a run for its money. When it comes to social, it has already done just that.

While it seems like many apps are popping up simply to be acquired by larger companies like Facebook and Google, there is definitely room for someone to grab onto a niche like Pinterest has and stand all by itself. In the way that Instagram has woken up photo sharing, a small team can and should take a look at everything we do on the web and simplify it with a web or mobile app.

Be sure to follow our Apps Channel to keep up with everything in 2012, and read our lists of the Top 10 Media Apps and Top 10 Productivity Apps of 2011.

What were your favorite social apps of 2011? Let us know in the comments!