The magic of startup life is the constant flow of new information; new ways of solving problems with solutions that surface from sleepless nights and wandering minds. Major tech companies like Microsoft and Apple were once startups themselves, small companies with innovative ideas that geared up to expand rapidly.

Microsoft and Apple grew into the powerhouses we know today and knocked IBM off its top shelf, all while constantly being challenged by small, groundbreaking companies that could maneuver much faster than a major corporation.

What happened to IBM can still happen to the likes of Microsoft, Apple and Google, which is why acquisition is their life force and part of every corporation’s recipe for success — bringing in fresh ideas before the whole company goes stale.

After developing an impressive competing network, DoubleClick was bought by Google for 3.1 billion in 2007. This acquisition of DoubleClick brought Google into the display advertising market overnight.

Google Docs was created with the acquisition of Upstartle’s Writely, a web-based wordprocessor, and 2Web Technologies for XL2Web, which led to Google Spreadsheets. Google merged both products together to create a productivity suite that now competes with desktop and cloud offerings from Microsoft Office and Apple’s iWork.

After Google Video failed to gain traction online, it acquired YouTube in 2006 for $1.65 billion. At the time, there was speculation that Google had overpaid; YouTube had zero monetization strategies, and was over-run with copyright infringment. Time has shown that this may be one of the best acquisitions in recent history, with YouTube’s 40% marketshare and successful monetization as outstanding proof. 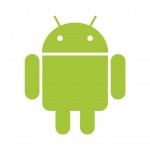 Android is another high profile innovation, acquired by Google in 2005. Google developed and brought Android to market, from what was a small Palo Alto startup that had run independently for two years.

Apple’s largest acquisition was NeXT for $404 million, which brought Steve Jobs back to Apple and laid the foundations for Mac OS X. Other notable Apple acquisitions include Emagic, which led to Garageband, and FingerWorks, which aided in the development of multi touch technology in iOS.

Most notably in recent years, Apple acquired Siri in 2010, which led to a highly publicized release exclusively for the iPhone 4S. This acquisition creates a highly competitive advantage when compared to Android and Windows Phone’s similar functionality.

Microsoft’s first acquisition was Forethought in 1987. Forethought developed a presentation program that would eventually become Microsoft Powerpoint, a significant piece of Microsoft Office. Ten years later, Microsoft acquired Hotmail for $500 million, which was integrated as an MSN service.

Hotmail is still (surprisingly) the largest webmail provider in the world, and is recently seeing more attention from Redmond. Other acquisitions include Bungie, which developed Halo, the Xbox’s “killer app.”

After growing rapidly in three years, Amazon purchased Bookpages, which quickly became Amazon’s online UK store. That same year, Amazon acquired Telebook to facilitate expansion into Germany. In 2004, Amazon bought Joyo.com for $72 million. At the time, it was the largest online retailer of books, music and videos in China. These strategic acquisition grew Amazon’s marketshare, while shrinking competition.

Amazon’s transition into the ebook and ereader market was likely strengthened by Mobipocket, a French company that specialized in ebooks and Shelfari, a virtual bookshelf.

Other than Beluga, which led to Facebook messenger, most of Facebook’s acquisitions were strictly for bringing in fresh talent (e.g. Sofa). According to Chris Fralic, the Managing Partner at First Round Capital, Facebook acquired Hotpotato because “they really wanted the leadership” (as heard at yesterday’s Startup Acquisitions Meetup hosted at General Assembly).

“We have not once bought a company for the company. We buy companies to get excellent people… In order to have a really entrepreneurial culture one of the key things is to make sure we’re recruiting the best people. One of the ways to do this is to focus on acquiring great companies with great founders.”

Yahoo started as a website directory and eventually became a full fledged web portal. As of 2000, almost every product released by Yahoo had been fueled by acquisitions. Acquired companies included Net Controlls, Hyperparallel and SearchFox, which formed and built upon Yahoo Search. The acquisition of Four11 led to Yahoo Mail, which was then influenced by acquired companies Oddpost, Stata Labs and Xoopit. The company Classic Games became Yahoo! Games, and eGroups became Yahoo Groups.

Not all acquisitions end well, and Yahoo has had failures in this realm. It acquired GeoCities for $3.6 billion in 1999, and finally killed it off in 2009. Yahoo also acquired del.icio.us in 2005 for $20 million. It was sold off this year to YouTube founders Chad Hurley and Steve Chen.

AOL, like Yahoo, has a pretty bad track record. In 1998, AOL acquired Netscape for a daunting $4.2 billion. At the time, Netscape had a 90% browser marketshare, which dramatically shrank to >1% after the release of Internet Explorer.

Possibly the worst acquisition in history was the purchase of Time Warner for $164 billion. This deal eventually caused AOL’s stock price to fall $106 billion in value. What’s worse? It’s rumored that the day before AOL decided to “acquire” Time Warner, it was debating whether or not to make an offer for Ebay.

More successful AOL acquisitions include the purchase of Mapquest, which still holds marketshare dominance over Google Maps and Bing Maps. The acquisition of sites like The Huffington Post has helped AOL gain dominance in web news and blogs, although the purchase of Engadget and TechCrunch has soured both writers and readers.

At yesterday’s Startup Acquisitions Meetup, Gill Beyda, Founder & Managing Partner at Genacast Ventures, said “M&A (mergers and acquisitions) is the new R&D (research and development).” Staying fresh and relevant is imperative for success, and companies like Facebook know this. Acquisitions can be a great thing for the companies involved, and they often give small companies the opportunity to expand at a global scale. Other times, internal conflicts leave new companies stagnating in corporate culture.

To the credit of the major companies listed above, strategy, hard work and talent led them to success. Microsoft’s emergence as a dominant OS and software provider, Apple’s iPad and iPhone sales and Amazon’s eCommerce monopoly are all testaments to good leadership. Disruption and innovation? Leave that to the startups.