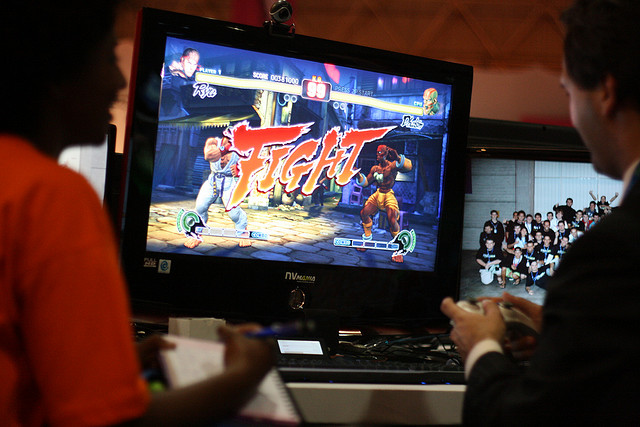 With less than three months left to The Next Web Conference Latin America, we help you get ready with a new post series that will bring you everything you need to know about this exciting region.

Did you know that over 40% of Latin American Internet users play social games? This is one of the key findings of a study published by the Latin American game monetization platform Jampp, a promising startup that recently took part in the Argentine acceleration program offered by NXTP Labs.

While unveiling the sizable opportunity the Latin American market represents for the social gaming sector, the report also points out some of the main challenges that need to be overcome first.

It is worth noting that these results are both recent and reliable, as the field work was conducted last May among a representative sample of 5,000 Internet users located in the region’s key markets (Argentina, Brazil, Colombia and Mexico) by the Argentine research firm Livra, which happens to have the same co-founder as Jampp, the Argentine entrepreneur Diego Meller.

While Meller presented a summary of the study during the latest Social Gaming Summit in Berlin, we have now obtained to take an exclusive first look at its full results. Here are 5 things you need to know if you are interested in this region.

1. A large and growing opportunity

There’s no doubt about it, Latin America is now on the map when it comes to Internet. While it is relatively less connected than other regions, with 230 million Internet users among a total population of 580 million, this means there are still large reservoirs for growth. More importantly, the online population is becoming sizable, and some numbers are actually quite impressive; for instance, we learned earlier this week that Brazil had now passed the 80m Internet user milestone.

These users also have interesting characteristics, as comScore’s senior vice president for Latin America Alejandro Fosk recently highlighted: “Not only does nearly 100 percent of the Latin American Internet population visit social networking destinations each month, but they also spend a lot of time on the sites.”

This is obviously a good thing for the social gaming sector; as people spend hours on social networks, they are much more likely to be playing games with their friends. Here’s an interesting slide from Jampp, which also points out how fast these numbers are increasing:

As a result, social gaming in Latin America is already driving important revenues – $247m last year, a number that

2. What people are playing

There’s an important point to keep in mind when talking about Latin America: it isn’t a block, but an heterogenous group of countries, which all have their own particularities. As you can see in this table, this results in important variations when you observe people’s usual gaming supports depending on their location:

Despite these discrepancies, the top 3 remains unchanged across the region’s main markets: computers, consoles and mobile devices (more on this later).

As for the game content itself, Jampp revealed that Brazil’s favorite social games are Cityville, Cafemania and Mini Fazenda. Chances are these games are played on Facebook – which takes us to our next point, the undeniable decline of Orkut.

Facebook is the dominant social network in most countries around the world, and this also holds true in Latin America – even in Brazil, where it finally managed to overtake Google’s first social network, Orkut. This is very important for Facebook of course, as Brazil quickly became the second biggest country on its network, but also for social gaming. As you can see, the landscape has changed very fast:

While Google still struggles to draw clear consequences from this shift, social gaming companies can’t afford to wait. As we revealed, Orkut’s waning likely played a major role in the massive layoffs that took place at Vostu last February. While the company was responsible for Orkut’s top gaming hits, it may not be able to establish a similar position on Facebook.

Other companies had more intuition, and managed to anticipate this migration – and the benefits they could gain from it. As we reported, the Brazilian gaming startup O2 Games decided as early as in January 2011 to favor Facebook over Orkut. According to its founder Daniel Coquieri, Facebook have been performing much better than Orkut on conversion rates for freemium social games.

There’s one important difference between the Latin American market and the US or Europe: smartphones, especially iPhones, aren’t nearly as common.

Yet, many analysts expect things to change very soon. For instance, Pyramid Research notes that smartphone sales are finally taking off across the region, and anticipate that by 2016, smartphones will account for 46% of all cell phone sales in Latin America – a conclusion Livra shares.

As a matter of fact, this trend is already visible in the main markets, where many of those who only have a feature phone plan to acquire a new device over the next few months, which means that smartphone owners could soon be a majority among Latin American Internet users:

This is good news for social gaming companies, as it could be an additional source of monetization. However, we’ll see that it isn’t always easy to convert Latin American users into paying customers.

5. Get payments right to monetize

There’s a thorn in the side of gaming companies in Latin America, which can be summarized very simply: fewer people pay than in other markets. More generally, the share of paying customers for social and casual games is very limited:

Still, there are reasons to keep hope; according to Meller, once Latin American users do pay, they spend nearly the same amounts as their European or American counterparts.

As for the share of paying customers, smartphone adoption is likely to boost these numbers. More specifically, Latin American iPhone owners are much more inclined to buy apps, which means that the market could change quite fast if iOS devices became more accessible.

However, it remains to be seen in which measure this will happen; while Foxconn is now making some iPhone models in Brazil, local prices only slightly went down, and a country such as Argentina continues to impose barriers on imports – two factors that artificially boost the popularity of Blackberry and Android smartphones.

On a higher level, it is crucial for anyone interested in selling games to understand why Latin American users aren’t paying. According to Livra’s survey, one of the top reasons Internet users mention for not buying apps is the fact that they don’t have a debit or credit card. In this context, it is easy to see how relevant it is for the casual gaming company Mentez to sell virtual goods at physical points of sale such as Brazilian cyber cafés (see our post about Brazil’s ‘lan houses’).

Other users also mention that apps are too expensive. Beyond the incentive it represents for social gaming companies to adapt their prices, it also shows the impact that the region’s overall growth can have, as millions are leaving poverty and acquiring all sorts of products – both offline and online. As we reported, e-commerce is growing very fast across Latin America, and there is no reason why social gaming would follow a different path.

Liked this? Follow all of our Latin America coverage here.

Read next: Dennis Crowley of Foursquare: "I've never worked on a product as well received as 5.0"