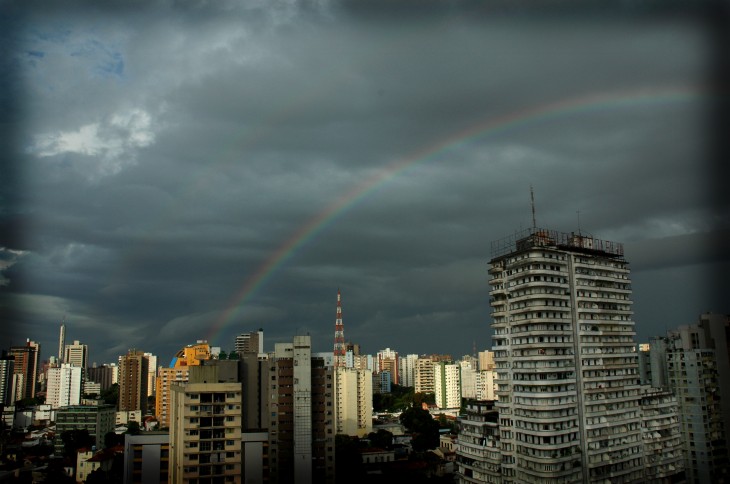 High-profile VC firm Sequoia Capital has decided to pull back from South America and manage its activities in the region from its U.S. headquarters, The New York Times’ DealBook revealed last month. This decision occurs less than two years after Sequoia started to test the waters from São Paulo, where its partner David Velez was in charge of sourcing growth-stage investment opportunities.

Is it an early warning sign on the state of Brazil’s economy and what does the latter mean for the Latin American startup ecosystem? While the departure of such a well-known firm is never good news for the market it is leaving, most players we talked to were cautious not to read too much into Sequoia’s change of plans. An industry source familiar with the subject says Brazil’s macroeconomic situation wasn’t a factor in Sequoia’s decision.

Still, there is no doubt that the climate in Brazil’s tech scene is quite different from what it was a couple of years – or even a few months – ago. This results from both infrastructure issues that have caused the country’s current slowdown, and factors that are inherent to a startup ecosystem in the making.

A gap between expectations and reality 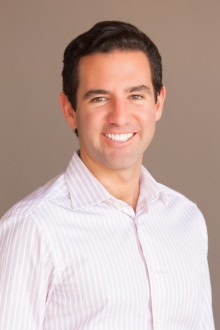 We first mentioned Sequoia’s plans in Brazil in July 2012, when a video featuring Velez showed him declaring, “Our plan is to open offices in July in São Paulo, where I’ll be based and have a team.” While it was kept fairly low-profile, his move to Brazil as Sequoia’s scout for Latin America raised hopes in a market eager for sophisticated investors.

This happened at a time when Sequoia was one of several U.S.-based funds that started probing the Latin American market and making investments. Some made the full leap and set up local teams and dedicated funds, such as Redpoint and e.Ventures, which joined forces last year to close a $130 million fund for Brazil.

Others decided to take a more timid approach and screen Latin American companies from their U.S. or European headquarters. Sequoia opted for a middle ground, with Velez exploring investment opportunities on its behalf, but without a region-specific fund like the ones it set up for China and Israel.

More importantly, most of the new entrants decided to focus on seed and early-stage deal flow. On the other hand, DealBook points out that Sequoia came to the region “looking for growth equity investments without taking early-stage risks.” Its minimum investment tickets reportedly ranged between $10 million and $15 million, which would correspond to Series C rounds and onwards.

This focus may well have been the central cause of Sequoia’s pivot. Talking to DealBook, a source explained that the firm found out that “there are not that many opportunities at that stage.” This isn’t too surprising: Latin America’s tech scene is still fairly young, and it will take some time for most startups to reach that point.

It is also worth noting that those who do reach growth stage may not fit Sequoia’s investment thesis, as it was said to be frustrated by an “overwhelming e-commerce focus among entrepreneurs.” This can surely be disappointing to those looking for groundbreaking innovation, but the truth is that this inclination exists for a reason.

As a matter of fact, Latin America’s e-commerce has been a fast-growing segment, benefiting from the emergence of a new lower-middle class making its first online purchases. Entrepreneurs have been keen to pick these low-hanging fruits and meet this demand across all verticals.

Many local and international investors don’t see anything wrong with that approach when it is properly executed, and some of the largest financing rounds in recent years have benefited to e-commerce ventures such as Baby.com.br, Dafiti, and Netshoes.

It remains to be seen how much if at all these will be affected by Brazil’s economic difficulties, but they are undoubtedly faced with the same problems that have caused said slowdown. For instance, the fact that e-commerce platforms need so much cash to succeed in Latin America is the direct result of the region’s inefficiencies when it comes to infrastructure and financial transactions.

In other words, doing business in Latin America comes at an additional cost. This is a lesson that most new entrants learned the hard way, and their epiphany has put an end to some of the excitement that, until recently, surrounded the region’s startups.

After the hype, the hangover?

In his recent post “Web 2.0 in Latin America: Why we blew it and what we can do to fix it,” angel investor Juan Pablo Cappello alluded to Sequoia’s imminent departure and described the earlier arrival of foreign VCs in the region as “a great party” which is now over. “We are waking up three or four years later with one doozy of a hangover,” he wrote.

Based on Cappello and other analysts’ observations, part of the blame lies with the startup ecosystem, which produced copycats after another in the hope of being acquired by their U.S. counterparts. This didn’t happen, and the number of exits so far hasn’t met expectations, leading some investors to reconsider their strategy.

“The investments we see are very conservative. We don’t see VCs taking risks,” a Latin American entrepreneur opined under the protection of anonymity. He linked their alleged cautiousness to the current state of Latin America’s largest economy, Brazil, which he described as being on the verge of collapse. 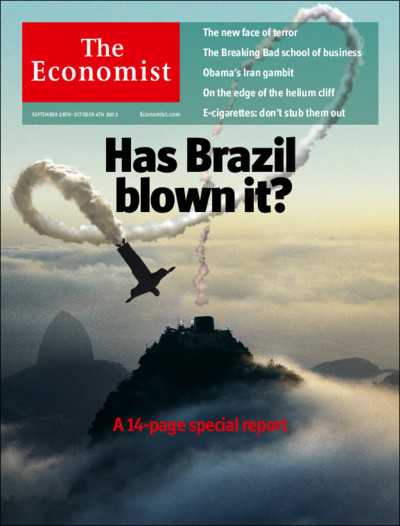 While it is likely an overstatement at this point, Moody’s did recently cut its outlook on Brazil’s rating from positive to stable, and the country’s troubles were blatant enough to make The Economist’s front page.

In an introduction to The Economist’s special report, local correspondent Helen Joyce summarized some of Brazil’s key economic indicators: “Having grown by 7.5 percent in 2010, the fastest rate for a quarter-century, it slowed to 2.7 prcent in 2011 and a mere 0.9 percent in 2012. This year will see a tepid recovery at best. Inflation is sticking at around 6 percent.”

Brazil’s deceleration isn’t simply the consequence of the global downturn; it is the by-product of a series of structural and political issues that even the recent years’ growth wasn’t able to mask. The downturn began with the realization that Brazil would never be competitive if it failed to address persisting woes such as bureaucracy, corruption, inequalities, insecurity, and overall inefficiencies.

The Brazilian population shares these concerns, and the recent mass protests brought to light the growing discontent with the authorities’ misguided use of public taxes. Many protesters pointed out that the country had been building stadiums ahead of the upcoming 2014 World Cup and 2016 Olympics, when its heavy public spending should be directed towards improving public health, education, and transportation. 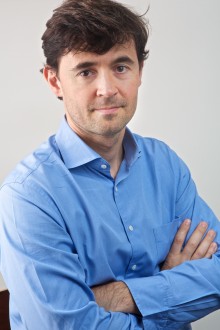 While it may sound counterintuitive, the current state of affairs isn’t necessarily bad for investors and entrepreneurs. Yann de Vries, MD and co-founder at Redpoint e.ventures (RPeV), says that both the fund’s team and its LPs actually find the current climate more attractive than when the fund was first raised.

At the time, the startup ecosystem was ridden with copycats, and valuations were high. Things have now changed for the best. “The market has stabilized. Latin America’s best companies still find money, and the pipeline is very good,” he says.

Deal terms tend to be more favorable to investors during slow economic cycles, but startups too could take advantage of the current phase. Indeed, de Vries notes that technology can help solve the inefficiencies that have caused Brazil’s slowdown in the first place (see our previous post on this topic).

Unsurprisingly, Latin American Internet entrepreneurs are seizing this opportunity and creating ventures that address the region’s shortcomings. For example, the first company backed by RPeV’s new fund was Minuto Seguros, an online broker which aims to bring pricing transparency to the insurance market.

A growing number of companies are also working on disrupting the financial sector, some of them with the support of leading investment firms (more on that here). Interestingly, Sequoia itself is one of these. Not only did it remain in good terms with Velez, but DealBook revealed that it has already invested in the new finance-focused startup that this former investment banker has left to create.

The $2 million co-investment was made alongside Kaszek Ventures and was finalized in July, according to a Form D SEC filing that lists Sequoia’s partner Douglas Leone and Kaszek’s co-founder Nicolas Szekasy as directors. Little is known about the venture itself, other than it will operate from São Paulo under the name of EO2 Soluções de Pagamento – which translates as “EO2 Payment Solutions.”

Velez’s company is Sequoia’s first investment in Brazil. It is also the firm’s third deal in Latin America, a number that isn’t that small considering how selective Sequoia tends to be. The other two Latin American companies in its portfolio are Argentine travel portal Despegar and Uruguayan B2B retail solution company Scanntech, in which it made a $10 million investment in 2011.

Even after its departure from Brazil, sources confirm that Sequoia will still consider growth-stage investment opportunities in Latin America, which Leone will now handle from Silicon Valley. This approach could work for Sequoia; growth-stage companies need less hands-on support, and its high profile means that good opportunities are likely to come knocking.

However, this strategy is less advisable for early-stage investors, who may have a hard time sourcing the best deals from abroad and assisting the teams once they do invest. This may explain why some funds that were exploring the region from abroad have become less active lately.

Still, recent figures indicate that the volume of capital available to Latin American companies is anything but diminishing. According to LAVCA’s recent report on Latin America’s PE/VC activity, “[in the first half of 2013,] investments closed by VCs, accelerators, and angels (ranging from seed to expansion) rose to US$152m across 58 deals, representing a 69 percent rise in capital committed and a record number of early stage deals in the region [compared to the first half of 2012].”

While figures for the second half of 2013 are still unknown, it would be surprising if they showed a sudden drop. Finally, a shift away from Brazil also seems unlikely — the country currently accounts for 70 percent of Latin America’s PE/VC activity, and LAVCA expects this domination to remain unchallenged in years to come.