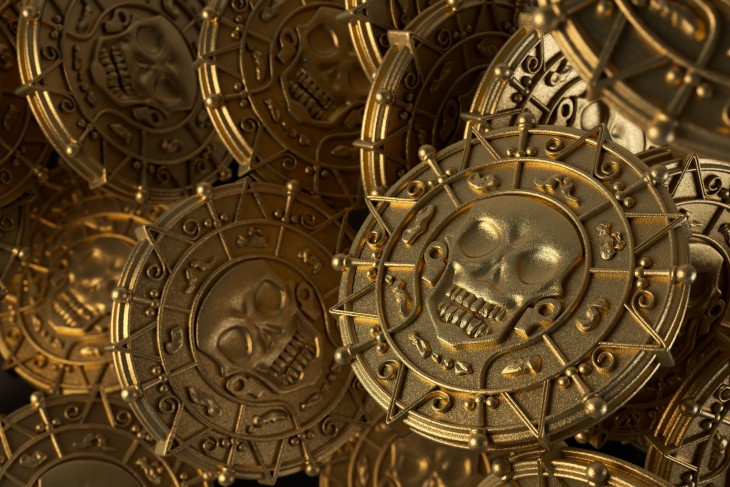 Finance is one of the five key sectors that technology can help disrupt in Latin America. This is what Envisioning Technology founder Michell Zappa explained during his keynote at TNW Conference Latin America last August.

This isn’t only a prediction; as a futurist, Zappa bases his insight on existing facts which are likely to become part of larger trends in the near future. For instance, a handful of Latin American startups are already working on democratizing access to financial services across the region. Here are 8 of them you should know:

Recently mentioned in The Economist, Chilean startup Cumplo is without doubt one of the most groundbreaking startups in Latin America – and it unfortunately pays the price for it. No later had it introduced its peer-to-peer lending model that the authorities announced it would be under probe.

Still, its co-founders Nicolas Shea and Jean Boudeguer are confident that their business model is entirely legal – and they have good reasons to believe so. When we met in Santiago last August, they explained that before launching, they had conversations with top lawyers, as well as with the Ministry of Economy, to make sure they weren’t breaking any law or creating a bank.

When the news emerged that Cumplo would go under investigation, a group of high-profile personalities including a former minister sent an open letter to the Chilean newspaper El Mercurio, denouncing a “persecution of entrepreneurship.” This reflects the high-level connections that Shea and Boudeguer have built during their careers – but also the democratizing power that Cumplo can have.

This isn’t the first time the pair has been involved in a high-impact initiative; Shea is the founder of the unique government-supported incubation program Start-Up Chile, of which Boudeguer was the executive director before he left to create Cumplo, a social network that connects potential investors with people who are looking for a loan.

While P2P isn’t new, it has a huge potential when applied to finance in Latin America, a region where debt is extremely expensive for borrowers (especially when the loan comes from a retailer rather than from a bank). By disintermediating the sector and establishing new forms of trust, Cumplo brings personal loans to the next level – at affordable rates.

While the investigation is still pending, Cumplo’s operations are already going, and 46 loans have already been closed through the platform, at an average rate of 22% for individuals and 14% for businesses. This is well below the usual rates, not to mention that those borrowers may not have obtained a traditional loan. 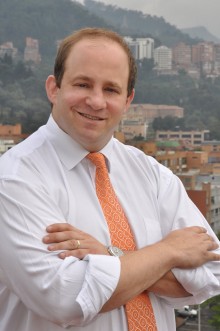 Lenddo‘s mission is similar to Cumplo’s: financial empowerment. However, it uses a different method to reach its goal. Rather than enabling peer-to-peer lending, it is using its own capital – which is sizeable. Last May, Lenddo announced an $8 million round of funding from backers such as Accel Partners, Blumberg Capital, iNovia Capital, Metamorphic Ventures and Omidyar Network.

What sets Lenddo apart from traditional lenders are the criteria is uses to establish the loans, as it relies on social connections to determine creditworthiness. As a matter of fact, its core target are underbanked borrowers that are excluded from the traditional credit circuit and are above the micro-finance threshold.

This approach is particularly relevant in emerging countries, and Lenddo first tested it in Asia before expanding to Latin America – the company has employees in Manila, Bogota and NYC, and currently operates in the Philippines and Colombia.

Its Americas CEO is Google’s former head of new markets for Latin America, Colombia-based Dan Gertsacov, who has acquired a very good knowledge of the region. “Loans used to be based on reputation, so we are actually going back to the roots. Our ratings could also be used as a score for companies such as cell phone carriers, so there is a big opportunity for a company like Lenddo.”

Brazilian company Órama isn’t exactly a social business, but it is democratizing finance on a daily basis nevertheless. Its mission? Lower the entry ticket to major investment funds. In practice, it means that Órama’s users can bet on prestigious funds with good return prospects that usually require much larger portfolios.

In other words, funds that were only accessible to millionaire private banking clients open their doors to John and Jane Doe – as long as they use Órama. In addition, the company also provides them with advice on how to select the best investment for themselves, based on their individual preferences.

Before founding Órama, its managing team and CEO Guilherme Horn started broker firm Ágora, which they sold to Bradesco bank in 2008. “We have ten years of experience in educating investors,” Horn told Valor Econômico.

Bússola do Investidor is a Brazilian finance information platform that has become quite popular in its home country since its launch in 2010, thanks to a mix of news and tools such as its tax calculator.It also recently introduced a monitoring dashboard that users can access for free with a 15 minute delay, and which becomes available in real-time for paid subscribers. 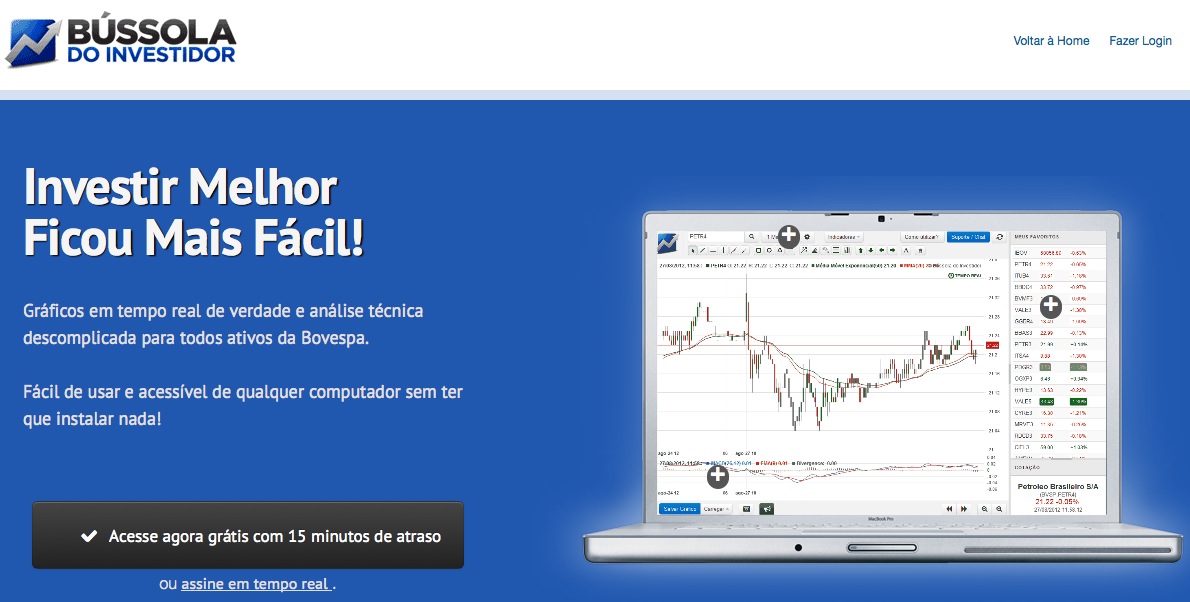 After joining Start-Up Chile‘s acceleration program, it has also unveiled an international name, StreetInvestor, as it plans to expand to other countries. According to Brazilian newspaper Folha, the startup plans to start operating in Chile, Colombia and Peru, followed by Argentina and Mexico.

All these Latin American countries have one thing in common, CEO and founder Frederico Skwara says: the lack of investment-related information and tools. Combined with Latin America’s growth, this represents a market opportunity that companies such as Bússola do Investidor hope to seize.

Regalii “seeks to unlock millions of dollars in support for families in Latin America, by replacing traditional remittances with gift cards via SMS, for the same supermarkets and stores, where families already shop,” the Start-Up Chile alumnus explains on its AngelList profile.

It’s both a clever idea and a disruptive one. According to the Inter-American Development Bank (IADB), Latin American and Caribbean migrants sent a whopping $61 billion in remittances to their home countries last year, up 6 percent from $57.6 billion in 2010.

Yet, a sizeable share of these remittances is lost in the fees charged by Western Union and the like to transfer money abroad. This inspired Regalii to take a novel approach and help migrants directly buy goods their families back home really need.

While the startup takes into account the ubiquity of mobile phones in the region, it is also aware that most of these aren’t smartphones yet, which explains its choice to rely on SMS notifications.

Not only do remittances help many families to remain above the poverty threshold, but the IADB points out that they also have an important impact on the economy of Latin American and Caribbean countries. “Remittances remain a major source of income for many countries in this region. In several of the smaller and poorer nations, they far exceed external aid and net foreign direct investment.”

Movilway, mobile transactions for the unbanked

Movilway offers several mobile-related products targeted at the unbanked in Latin America. Over the last two years, it has expanded in 12 countries and boasts 80,000 direct points of sale. In 2011, it launched an e-wallet that lets customers use their mobile phones to pay for basic services.

The product that caught our attention is MoviPin, a recent addition to Movilway solutions which we got the opportunity to test at Mobile World Congress (MWC) in Barcelona earlier this year.

MoviPin is aimed at building a bridge between offline and offline; users can buy credit any Movilway agent or point of sale, which delivers them a PIN code. They can then use that code to buy online goods and services.

“Movilway’s vision is to promote the financial inclusion of the millions of people who don’t have credit cards or bank accounts,” said its general manager, Dan Cohen. “In addition, we want to support small business owners with useful technology and financing options that help them grow and manage their business.”

According to Movilway, its system is also a way to make e-commerce more mainstream, as its PIN code model offers “added security to those who still feel uncomfortable buying online. ”

There are many online payment and money transfer operators in Latin America, a market that PayPal doesn’t dominate yet. One of the largest of these players is Brazil’s PagSeguro, which started its life as BRpay, and changed its name soon after its acquisition by Brazilian portal UOL in 2007.

PagSeguro accepts many method of payments, including ‘boletos’ – bills that users can pay at physical locations – as well as all major credit cards. “We are even compatible with credit card brands you have never heard of, but which are very popular at a local level,” UOL’s online marketing director Juliano Motta told me. 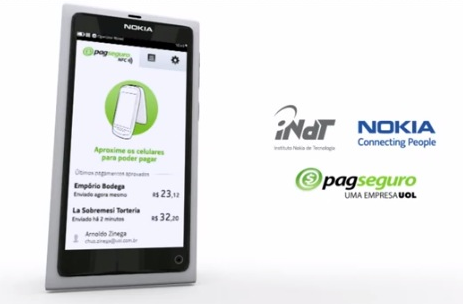 Recent new features include the addition of recurring payment options. To stay ahead of the game, the company is also testing a mobile-based NFC solution in a few pilot stores.

PagSeguro’s competitors include the online payment solutions offered by Buscapé Company, which it recently rebranded under the umbrella Bcash to target online commerce in Brazil. The company also owns a separate entity called Pagosonline, which targets the Colombian market (see our previous post). As for Argentine leading marketplace MercadoLibre, it created MercadoPago, which has expanded to several Latin American countries.

The easiest way to explain what 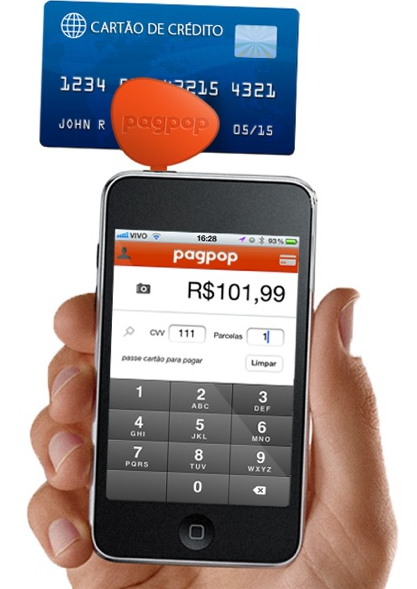 Pagpop does is to describe it as a Brazilian equivalent of Square. The company’s goal is to help merchants accept card payments via their mobile phone.

For individual business owners who use the system, this represents a way to offer services to which they didn’t have access and that many Latin American customers enjoy, such as the possibility to pay in installments.

The startup has participated in the acceleration program offered by 21212, and is arguably one of its most successful alumni so far. As announced last March, it is one of the 10 companies that will share a $40 million investment from Intel Capital.

These 8 companies are only some examples of innovative business models aimed at disrupting finance in Latin America. Do you know other interesting approaches? Let us know in the comments.

Read next: When is it time to stop calling yourself a freelancer and become an entrepreneur?