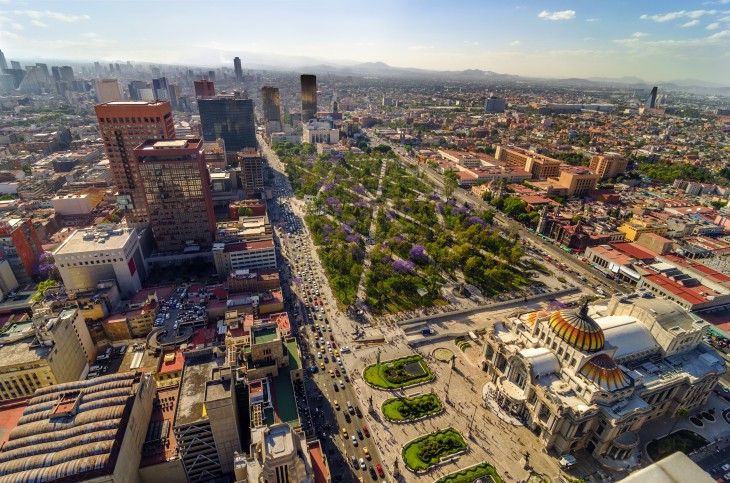 Juan Pablo Cappello is an investor in more than twenty early stage companies. He is also the co-founder of Idea.me, Sauber Energy, and the LAB Miami. Juan Pablo was a partner in Patagon.com and was elected “Top 50 Entrepreneur” by Business Leader Magazine. His blog can be found at www.jpc.vc

From my personal experience, Latin Americans often see Internet and the tech scene as the magical potion that’ll make us more like our idealized image of North Americans. It is as if we think that by being part of the international tech ecosystem, our teeth will become straighter, we’ll become a bit taller, our hair will grow blonder, and our problems will somehow disappear.

Latin Americans historically have an inferiority complex. That’s likely why it took us 450 years after being “discovered” to grab a map of the world, turn it on its head and put Latin America in the center of things (thanks to the Uruguayan artist and thinker, Joaquin Torres-Garcia).

What does our so-called inferiority complex have to do with the tech scene in Latin America? Well, just about everything.

The vast majority of tech companies that are being created in Latin America today are designed for the public that either doesn’t exists or barely exists (in terms of numbers).

Until we look ourselves in the mirror, understand who we are, and begin to value ourselves, we will continue to create companies that aren’t relevant in Latin America. While they may attempt to connect local consumers to the world, they do not connect us with the local markets. And without a local market, these companies will generally not be of interest to the international investors or acquirers whose attention we desperately seek.

What can the mirror tell us about the next big company?

Rather than read news articles to formulate ideas for your next company, I encourage any budding Latin American entrepreneur to get on Wikipedia. Start thinking about who we are in Latin America and what clues our demographics give as to where the opportunities lie.

Let’s compare for a minute the “North” versus the “South.” We will see the opportunity for real growth is in the “South” not the “North.” For the purposes of this article, we will consider the “North” as U.S. and Canada, while the “South” is Latin America including Mexico and Brazil.

Let’s start with the top line. Until I saw the total size of the economies, I was under the impression that the United States and Canada must have economies 10 or 20 times the size of ours in the South.

I, like many Latin Americans, have been taught to think that somehow that our economies were “interesting” but not “relevant.” It turns out our economies combined are about 1/3 the size of the U.S. and Canada’s $15 trillion. When valued by relative purchasing power, that gap narrows greatly.

While in terms of sheer economic might, the South may not be on par with the North, we are at least in the same neighborhood. We need to appreciate that as a region, Latin America is relevant in terms of our economic muscle.

The next thing we have to recognize about ourselves is that we are a lot of people. Our population may not rival China, but we are almost double the number of residents in the North – nearly 600 million people compared to 350 million in U.S. and Canada. As far as the size of our combined population, Latin Americans must understand that we aren’t just relevant. We are significant.

Consumer growth throughout the years

Since I am focused on the demographic take aways for technology-enabled business, the next data point is perhaps the most important. In 2000, there was a total of 18 million Internet users in Latin America. That was about 5 percent of LatAm’s populations at the time – and it’s safe to assume that only the wealthiest 5 percent of Latins were online.

To put 18 million Internet users into perspective, Urbita.com, a social travel site I helped co-found, today has more than 10 million unique visitors a month. And Buenos Aires-based Urbita has not even done a Series A round of financing.

In 2000, the U.S. and Canada combined had almost six times more Internet users than Latin America. And if you consider the number of internet users who had actually bought something online, I am certain that it was 1,000 to one. Remember, it was almost impossible in 2000 for someone from Latin America to buy goods on the Internet unless he/she had the fortune of holding a credit card issued in the U.S. or Europe.

Today the world has shifted. Latin America has as many Internet users as the U.S. and Canada combined – mainly thanks to the great migration to smart mobile devices. Both markets have more than 270 million Internet users; both represent about 11 percent each of the world’s Internet traffic. It only took a bit over 10 years for Latin America to catch up to its neighbors in the North.

However, 270 million connected consumers in LatAm still means that half of us have not gotten online – and we know those unconnected masses will get on-line soon. The North is hitting a glass ceiling in terms of connectivity with almost 80 percent of its population connected. It is just a matter of time until Latin Americans online outnumber connected North Americans.

The last thing we have to recognize is that while we have strength in numbers, our purchasing power relative to our peers in the “North” is significantly smaller.

The average GDP per family in Latin America is about $9,000 compared to the $50,000 in America. We need to understand that the consumers in the South not only have different tastes than their peers north of the Mexican border, but they have less money to spend and will spend their money in a different behavior.

That said there is a group of Latinos who’ve not yet been captured by these statistics – the 50+ million Latinos living in the U.S. and Canada. Entrepreneurs in Latin America generally overlook these “hidden” Latinos. If this diaspora of Latin consumers were considered a “country,” it would represent the third most populous country in Latin America after Brazil and Mexico.

Additionally, I suspect that given these Latin immigrants’ relative purchasing power, the mainly U.S.-based Latinos would probably have an economic consumption power equal to Mexico’s 100+ million consumers, tying it for second place in Latin America. If the U.S. Hispanic market is considered part of the “South,” Latin America becomes even more compelling.

So, what companies should we build?

What can these few statistics tell us about the tech companies we should be creating in Latin America?

First, we need to stop building companies targeted to the 18 million (mainly rich) Latin Americans who were online in 2000. Most of the tech companies we see being built in Latin America are targeting these same 18 million consumers. This is a gigantic missed opportunity.

We must not be afraid to build companies that address the problems of our remaining 270 million consumers. Most “copy cats” and projects that we create are inspired by American companies don’t cater to the needs of local consumers.

We need to start building companies targeted to the 250+ million that have come online in the past 13 years. In these past few years ago, 100+ million consumers in LatAm just got a hold of a smartphone.

The next big tech company in Latin America will address the needs of the “new generation” of Internet user in Latin America. We should focus a product that supports lower middle income, hard working, honest consumers who often work two jobs with a very long commute on public transportation – not the market who bothers on whether to upgrade to the new iPhone 5s.

To start building great companies in Latin America, every entrepreneur south of the Rio Grande should hang Joaquin Torres-Garcia’s map of Latin America next to their photo of Steve Jobs. We need to celebrate who we are. We are much more than we give ourselves credit for.

Read next: Learn a new creative skill today and make your mark on the world, with the School of MakeOurMark [Discount]