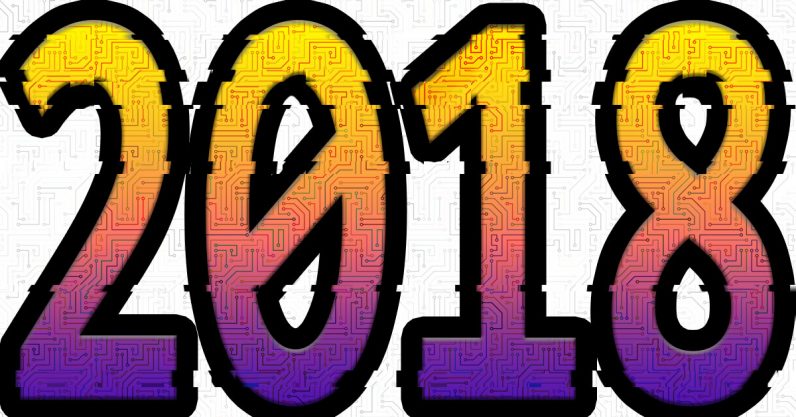 The year, sadly, has come and gone without the emergence of a superintelligent AI overlord. And, assuming Santa doesn’t have a new deep learning paradigm in his sack of toys, we’ll have to try again next year. Still, there was a lot of cool stuff that happened in the AI world in 2018.

We finally got a fully autonomous consumer vehicle … but it wasn’t a car. It came in the form of the pilotless Skydio R1 drone, an amazing flying camera. Check out our review here.

In fact 2018 brought a slew of AI-powered gadgets. And, just like we predicted, nearly every flagship phone this year had some sort of baked-in AI and a fancy machine learning chip.

Intel and Nvidia slapped AI onto all their hardware in 2018, but both companies also took AI in some amazing new directions.

In Intel’s case, it’s become apparent the chip maker isn’t about to relinquish the future of machine learning to Nvidia without a fight. And Nvidia, undaunted, continues to push the boundaries of what’s possible, both with its neural networks and its hardware. This friendly rivalry is one of the brightest spots in the field, and we hope it never ends.

It wasn’t all peachy in AI land, however. We saw very little movement in the frontier of ethics at the edge of AI.

Big tech struggled to find a happy medium between supporting the government and developing weaponized AI. Amazon and Google’s employees protested, wrote letters, and wrote more letters over their respective company’s involvement in developing AI for the government.

In Amazon’s case, it’s been testing facial recognition technology for law enforcement. We think this is a bad idea, and we’re not alone.

In Google’s case, like Facebook, there’s simply too much to get into. Here’s a few links to take you down that rabbit hole, if you’re in the mood for some holiday jeer:

It looks like we’re still finding our way, collectively, when it comes to figuring out the ethics of AI. Here’s hoping 2019 sees some positive movement in that department. But, let’s get back to the past for now. We’ll let the future figure itself out.

AI also founds its creative side in 2018 and, for better or worse, the Pandora’s box of “creative AI” has been unleashed on the world. The good part was seeing the idea of “AI-generated art” come to fruition in dozens of different ways.

RobotArt held an AI art contest. It was fascinating! The combination of human and AI is a potent one, and possibly the catalyst for the next great art movement.

But, the bad part was seeing the public perception of AI’s modern capability exploited for profit under the guise of art.

Obvious AI, a group of humans who used a neural network to spit out images, sold a painting at Sotheby’s earlier this year. The work sold for nearly half a million dollars despite it not really being made by an AI. It gets worse.

But, for all the not-so-great things that happened in AI this year there were some amazing advances. For example, Google’s AI is taking diabetes and blindness head-on… and winning.

Emergency services in the EU got a lifesaving AI upgrade as well, with call centers now employing a virtual assistant that listens in on emergency calls. The new system can detect if a caller is experiencing a cardiac arrest. It can also make real-time recommendations if the person having the emergency isn’t the one making the call, which can lead to faster diagnosis and better treatment.

In 2018 AI became a bonafide life-saving tool. It’s as important as a stethoscope or penicillin in the field of medicine, and we’re just getting started.

It’s safe to say that AI is well on the way to permeating every industry. And, as well as being a life-saver, it’s helping companies like IBM save the world, heal the environment, and empower astronauts in space.

And all of this was just the tip of the iceberg. It’s simply not possible to mention everything that happened in the field of AI over the past 12 months. Here’s a few more tales from our Artificial Intelligence section to round out your 2018 experience:

Don’t forget to check out our expert predictions on AI in 2019. We’ll be here with you next year to provide our uniquely TNW take on the world of machine learning and AI.

Read next: The fascinating evolution of the Bitcoin giveaway scam on Twitter