Skydio’s R1 quadcopter is one of the most interesting gadgets of 2018. I spent some time with a review unit and, even after falling in love with it, I’m still not sure what to call it.

Describing the R1 as a “drone” is like calling the iPhone a “rectangle.” Both terms are correct, but neither are really accurate. The R1 is an autonomous robot. No, it’s not fully-autonomous, but if you’re expecting a quadcopter that can fly itself without your help: you will not be disappointed.

The R1’s big selling point is that it’s not just self-flying, it’s a “self-flying camera.” It mostly delivers in that department. I was a bit shocked to learn it doesn’t take still images, but once I spent some time with a review unit it made more sense.

This isn’t a toy or the evolution of the selfie stick or something “cute” like that. Its potential is probably better described as “your own personal film crew” than “a selfie drone.”

The R1 has an onboard Nvidia computer that processes images from 13 cameras mounted on the device’s body. Through the use of computer vision, it navigates its environment in the same way a self-driving car would. It can avoid obstacles, follow a target, and capture stable footage even under less-than-optimal conditions.

The short way to put that is: it uses AI to fly itself.

It doesn’t come with a remote control. The Skydio app does have some limited controls, you can rotate it, move it closer to or further from a subject, and change the height it hovers at. But if you try to run it into a tree or make it slam into the ground, it’ll defy you.

And that’s a good thing. Its instinct for self-preservation means you won’t destroy an expensive gadget that I can only describe as “sexy.” 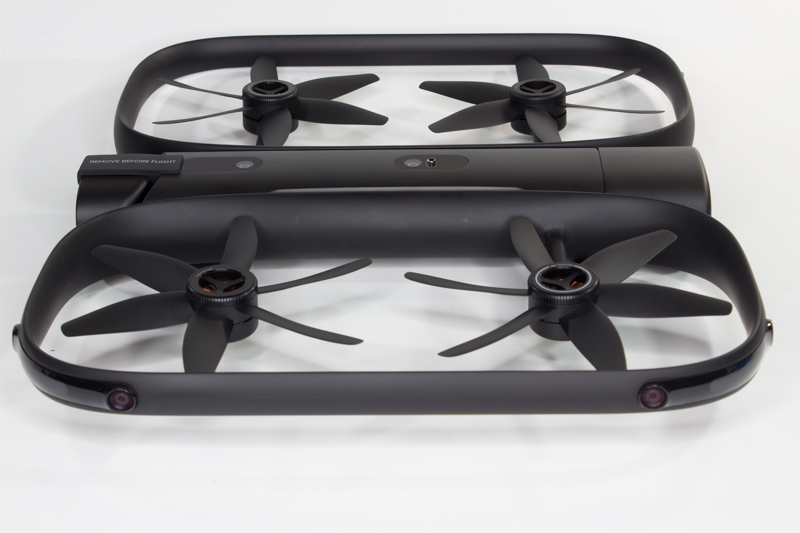 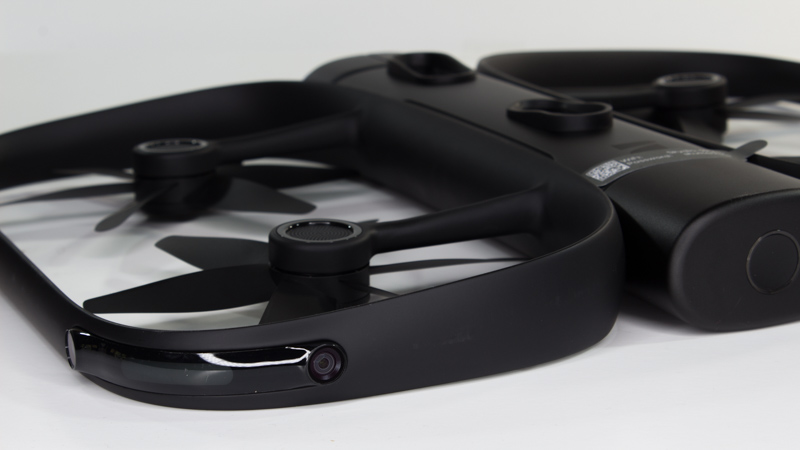 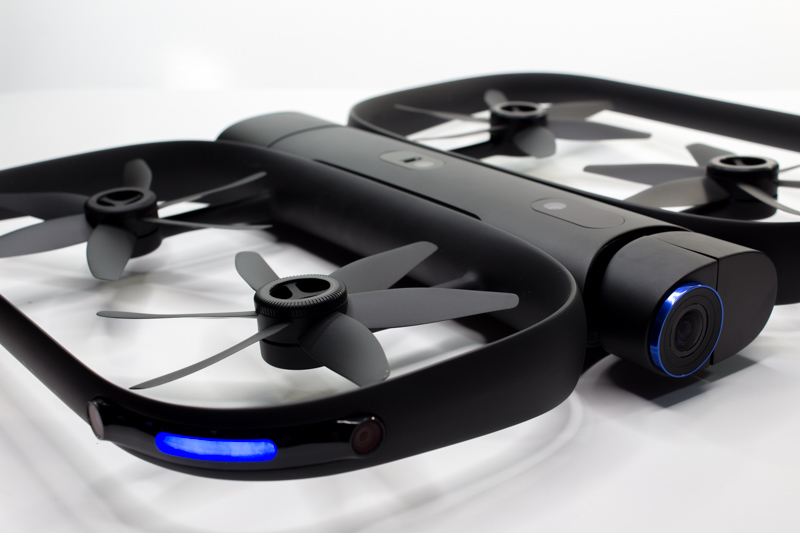 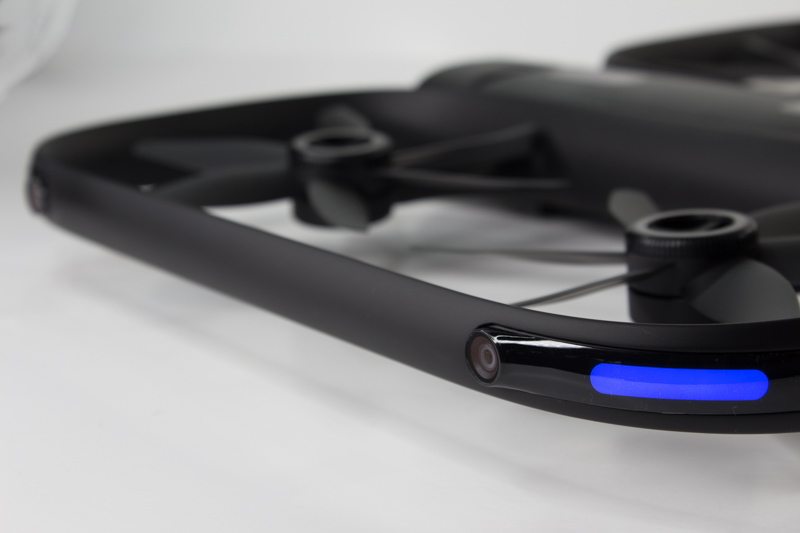 In fact, if you’ve read my reviews you know I hate gadgets and devices that only come in black because they suck the light out of the room. This is the exception to that rule. 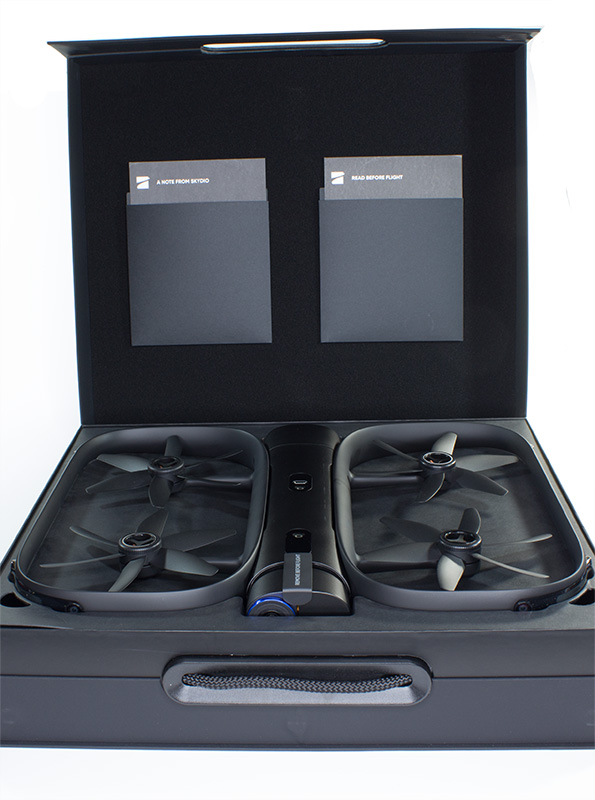 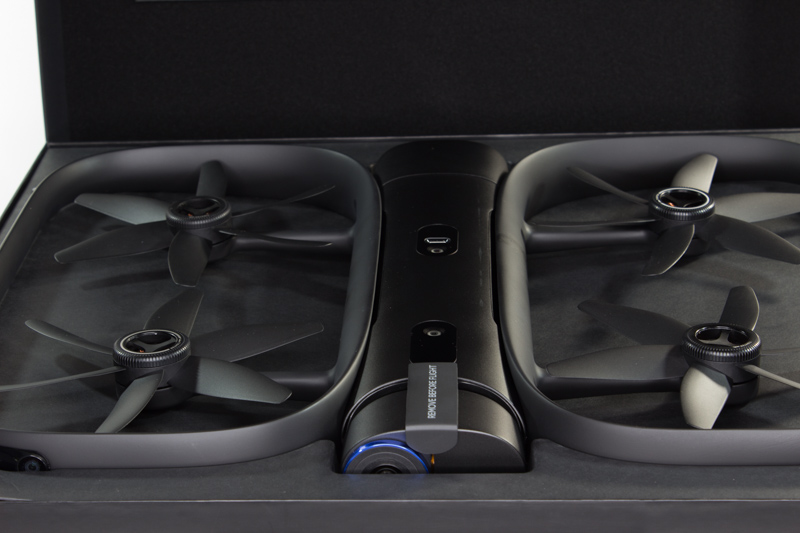 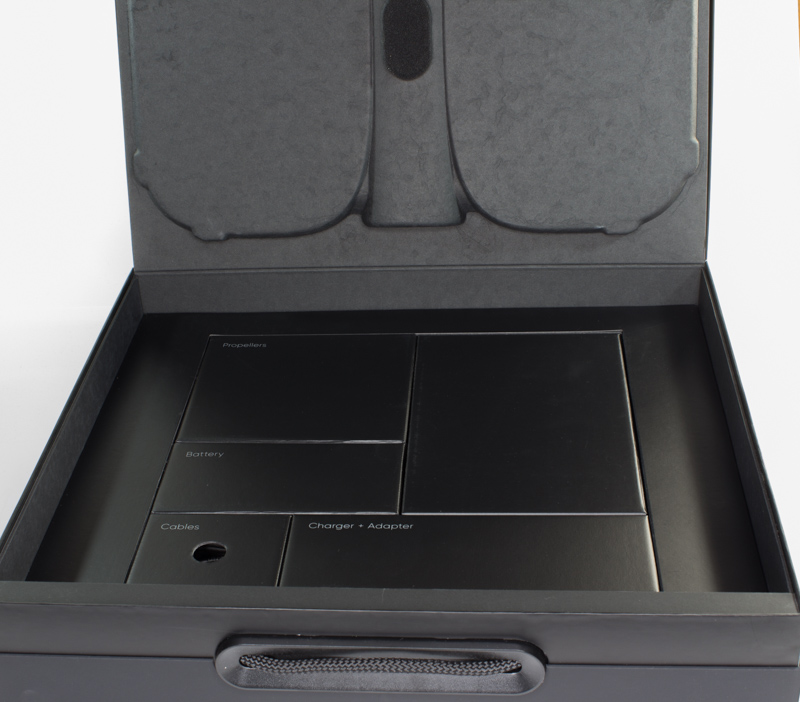 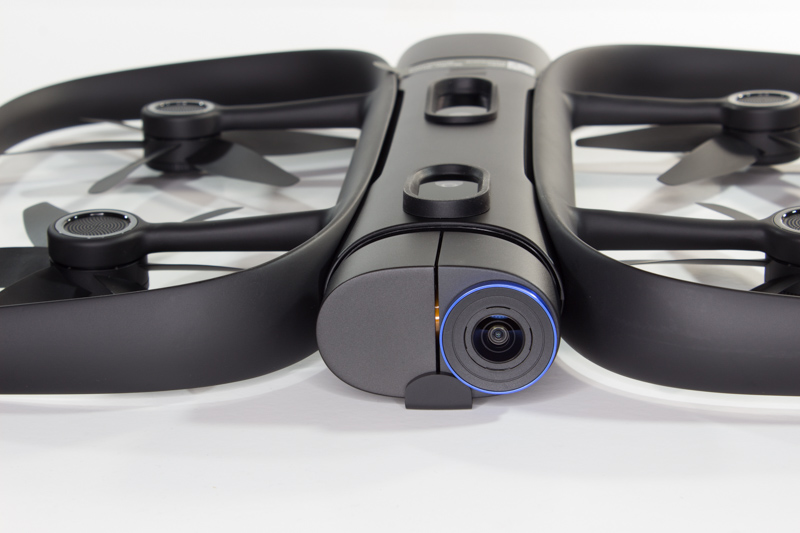 Let’s get into some specs before we dive too deep:

Skydio’s literature says you shouldn’t operate the R1 near power lines or thin branches. The company says its cameras may not be able to see those kind of tiny, moving objects and could result in damage to the device. Skydio also says you shouldn’t use it in very windy weather.

During my testing I accidentally broke both of those rules. I was so excited to test the R1 that I ended up walking past several trees with tiny branches and a couple of sets of power lines within a few minutes of putting it in the air. Since it was in “follow” mode, it zoomed right along behind me. Worse, the weather conspired against me and, as you’ll see in my videos, the wind whipped up a frenzy that should’ve had me grounding the R1.

Luckily for me, the R1 handled these conditions – which, again, you shouldn’t operate one in – without a single hitch. In subsequent flights, under the proper conditions, it’s continued to function perfectly.

Note: the videos used in this review were filmed under less-than-optimal wind conditions which caused them to be slightly blurrier than average footage from the R1, keep that in mind as they still turned out pretty good compared to any other drone footage I’ve seen.

It’s designed to operate in sunny weather (so the cameras can see) and low wind, but it does have a gimbal to keep the 4K video camera steady during flight. I was consistently impressed with the footage it took, no matter the conditions it was shooting in.

Under optimal conditions you’ll get gorgeous video. I won’t go so far as to say the footage is comparable to what you can get on the ground with a decent 4K camera, because the videos always seem to be the tiniest bit blurry.

I have no problem, however, saying that I believe the image is good enough for an independent or student film-maker to use. And, I’d actually suggest getting one if you’re shooting outdoors. You can get footage with the R1 that would otherwise be impossible without expensive cranes, cable setups, or aircraft flyovers.

And, for parents: trust me, you’ve never seen your family this way. You’ll be blown away by how cool it is to watch your kids run around from camera angles you’ve only seen in TV shows and big-budget movies. There’s also the added benefit of letting the R1 do the filming so everyone gets to participate in the activity, that means mom and dad can both be in the movie now.

Plus, it’s stupid-easy to use.

You unbox it, charge the batteries (it only uses one, but it comes with two and you’ll want to keep flying after you drain the first one), download an app, turn the R1 on, connect your phone/watch to its Wifi, and then launch.

It starts recording when it’s turned on and stops when it’s turned off. You don’t have to do anything to make it film, and it saves all footage to internal memory. It can even record audio from your phone so your videos aren’t all silent. No muss, no fuss. The only way it could be easier to use is if it was voice-operated.

The included app lets you take off and land the R1 — it even has options for ground take-off or hand take-off, the latter is fun to use. It also allows you to select camera effects for the drone to execute.

By default the R1 launches in “follow” mode. If you’re alone it’ll automatically track you as soon as it’s aloft. If it sees more than one person you can choose who it follows with the app on your phone or Apple Watch.

Other camera effects include:

The amazing thing about these effects is that they’re done autonomously.  And, until you see it in action, it’s hard to understand how important this is. The first time I tried one of the “big” effects like boomerang, rocket, or dronie, I ended up momentarily terrified.

When I tapped the dronie effect’s button on my phone, I was prepared for the R1 to do some cute flying trick 10 feet above my head. Instead, it ended up firing itself off a good 20 meters away from me, 15 meters up in the air, and then came back, speeding towards the roof of a neighbor’s house from above. But, despite it being a bit too windy, the R1 handled the entire situation with aplomb.

When I say that it “flies itself” I’m not kidding. Skydio isn’t over-hyping this thing’s ability to handle itself in the air. There was never a time where it so much as brushed another physical object until I ordered it to land and it gently placed itself on the ground.

More to like: the app is clean and even has functional editing software built-in, so you don’t need a laptop handy to edit and upload your videos. It supports live-streaming at 720p (but I didn’t get the chance to test it). You can also directly export video files from the drone to any computer via USB.

The R1 from Skydio is brilliant. The only gripe I have with it is the cost. But honestly if you’d pay $1,000 for a decent drone that has a few similar features (the DJI Mavic, which actually costs much less than a grand, comes to mind) then there’s nothing bothersome about the R1 costing double. It’s in a class all its own.