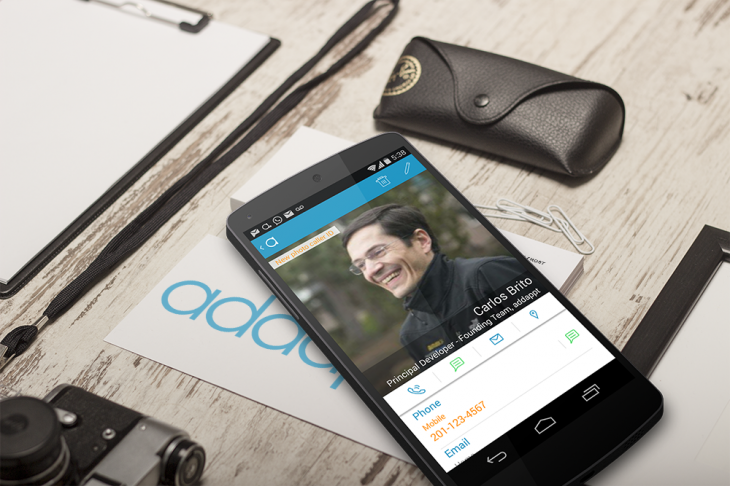 From Foursquare spin-offs to whistle-powered selfies, we covered a lot of ground with new Android apps in May. So by way of a quick recap, here’s our pick of the newbies from the past month.

Sunrise finally opened its uber-popular calendar app to Android users this month, as well as a version for desktop Web browsers.

Sunrise for Android offers a clean, simple design and useful hooks into third-party services such as Facebook, LinkedIn and Foursquare. It currently supports Google and iCloud calendars, though Exchange support will be added in the future.

Foursquare was founded upon the concept of ‘checking in’, letting you announce your location to friends and strangers alike.

In May, the company launched a new standalone app called Swarm, as it seeks to redefine the Foursquare check-in to help you meet friends nearby.

PingTune lets you share songs with friends, serving as a place to chat and keep tabs on all the SoundCloud and YouTube music you share in a single place.

It’s similar to something like Snapchat or WhatsApp – PingTune wants to be the go-to music-messaging platform.

The service was first launched earlier this year and is based on Summly’s technology, a company Yahoo acquired last year. It’s available in four editions: the US, UK, Canada and ‘rest of the world’.

Founded by early Microsoft and LinkedIn employees, Addappt’s main thrust is this: Taking the pain out of updating your address book by syncing up with your contacts so you always have the most up-to-date details to hand.

Addappt finally arrived on Android in May, letting friends maintain their own data in each others’ address books. Once you connect, whenever one of your buddies updates their own information, Addappt automatically updates with their new details in your address book.

Cooliris, a service that pulls photos from multiple social networks into a single repository, finally arrived on Android this month, almost two years after hitting iOS.

Waygo combines optical character recognition (OCR) and translation technology to instantly convert Chinese and Japanese characters into English when you hover your phone over a piece of text.

When you launch the app, you position the source text in the middle of the box, select your language combination (Chinese>English or Japanese>English), and you’re good to go. Reverse translations (e.g. English to Chinese) will be rolled out to the Android incarnation at some point, and we’re told that more languages will be added further down the line too.

Speaking of translations, an interesting little nugget called Inapp Translator arrived for Android this month too.

The design may leave a lot to be desired, but the idea is a sound one – and it wouldn’t be at all surprising if such a feature was incorporated directly into Android in the future. The app’s core raison d’être is to make it as easy as possible to translate text into your preferred language without closing the active application – this could be an email, mobile website, document, or any third-party app that lets you copy and paste text.

You select the text you wish to convert, copy it to your clipboard, and then tap the floating Inapp Translator bubble to read the translation, which comes courtesy of Microsoft Translator.

Okay, strictly speaking this wasn’t a May launch, but it only hit our radar this month and is worth another hat-tip for our monthly roundup.

If you’re sick and tired of the extreme manual labor involved in pressing a button to take a selfie, you might like Whistle Camera for Android.

Yes, Whistle Camera does exactly what its name suggests, letting you whistle to, well, take a picture.

Monument Valley had already proven itself in Apple’s App Store, so it was nice to see it hit Android this month too.

You’ll either love or hate Secret, but it has garnered a lot of attention since launching for iOS in the US, before arriving internationally in April. And now it’s on Android too.

Secret has skyrocketed since launch, as members of the technology industry post gossip – the truth of which is by no means guaranteed – about startups in Silicon Valley and beyond. There are no names on Secret, making it difficult for anyone to guess who has posted the most recent rumors.

The oft-requested friend-only timeline option is available in the Android version too, though not the iOS incarnation.

While many apps have been challenging Skype’s throne in recent times, Ringo launched this month with a fresh take on what a mobile calling app can look like.

Interestingly, Ringo doesn’t require an internet connection to make calls – it routes them in the same way a regular carrier does, so “calls are not affected by fluctuations in internet connectivity that often lead to audio delays, loss of quality and dropped calls,” the company says.

The first iteration of the mobile app, which launched this month, only lets travelers search and book discounted hotel rooms, rather than selling non-refundable hotel rooms. So you’ll need to use the Web version if you’re trying to shift an unwanted reservation.

BillGuard (US & Canada only)

Formerly iOS and Web only, BillGuard sells itself as the world’s first ‘people-powered antivirus system for bills’. Once you’ve connected all your bank cards and credit cards, its predictive algorithms alert you when there’s unexpected charges such as hidden fees, billing errors, scams and fraud on your credit card bills.

It also serves up warnings when a similar dubious charge has been flagged by other users, or receives a complaint elsewhere on the Web. The ‘BillGuard brain’ becomes more accurate over time, and it’s a shame it’s restricted to the US and Canada.

Downcount for Android offers a simple, nicely-designed way to count down to any event.

However, it’s not about timing your egg-boiling efforts. No. It bypasses seconds, minutes, and even hours to let you add future (or past) events and give you an at-a-glance view of what’s on the horizon.

Addicted to your smartphone? BreakFree for Android might help.

BreakFree gives feedback on how exactly you use your phone, through tracking things like how often you unlock your screen, how long you spend on calls, and which apps demand your attention most.

Read next: You can now buy a trio of Nokia Lumia handsets from Microsoft's online store in the UK