This article was published on December 24, 2015

Over the past few weeks, the TNW staff have been counting down their personal favorite apps of the year. If you missed the series, here’s a master list of apps that made us smile this year.

If you get a lot of emails everyday, Inbox is a great solution for sorting your incoming messages into various useful categories, such as travel or reminders. With a ‘Smart Reply’ feature upcoming that may soon help write emails on your behalf, there’s a lot to look forward to with Inbox next year.

If GIFs have replaced your method of communication, you’re like the rest of us who are in love with Giphy. It’s a great resource for finding the best reaction GIFs when you’re trolling the internet, talking with friends in a variety of messenger apps, or just the occasional office banter on Slack.

Minimalist gaming apps were all the rage over the past year and a half, and Trick Shot is another one to keep on your radar – provided you’re cool with sporting $1.99 for a try. Coming from one of the creators of the popular Monument Valley, however, it’s worth checking out.

Say what you will about Yahoo over the past few years, Flickr’s app update was much needed and lets you neatly sort your photos and search for them with ease. It also comes with a terabyte of free storage.

Instagram launched a few standalone image editing apps this year, but Layout was by far one of the most useful as people were often looking to third-party apps to stitch together collages. Layout lets you do so without bearing an ugly watermark often found via free apps.

2015 was definitely the year livestreaming truly took off thanks to apps like Periscope (and Meerkat, as an honorable mention). From breaking news to candid insights, Periscope changed the way we create and consume media.

As we all start taking more photos with our phones, we’re always looking for new photo editing apps that deliver professional quality on the go. Filters impressed us this year with an easy-to-use design and offers a lot for just $1.99

If managing your personal finance better is part of your new year resolution, consider Digit to help you take control of your spending. It’s also not tied to any particular mobile OS since it’s text message-based, so as long as you don’t change your phone number, Digit is here to help.

It’s hard to keep up with all the news there is to share, but Timeline is a good way to get synopsis of the day’s biggest headlines. Browse by topic and bookmark anything that catches your attention.

Next to losing weight and saving money, getting sh*t done is generally on most people’s resolution as well – so get the help you need with Accomplish to keep track of all your to-do goals.

Because not all of us have time to spend cooped up in the kitchen… well, not every night anyway. Deliveroo may not be the newest food order and delivery app out there, but it does offer up restaurants not typically found on its competitors’ platforms.

Apple this year introduced an all-new Notes app which is a great replacement if you’re growing tired of your usual suspects. Just as long as you have a phone that can support the latest iOS 9 software.

Final Fantasy is gearing up for a major comeback in the next few years, but in the meanwhile, fans of the old games can revisit epic battles in Final Fantasy Record Keeper. It’s free to play, so get your nostalgia on.

We can’t all afford Photoshop, nor do we need all of its capabilities. For those looking for something lightweight that can get all the basic editing done, Pixelmator is the way to go for just $15.

Every year, we see hacks, security threats and bugs make news headlines yet most of us seem pretty nonchalant about keeping our personal records extra safe. If you don’t want to splurge on a VPN account, Cloak is a simple solution for getting around shady Wi-Fi networks. 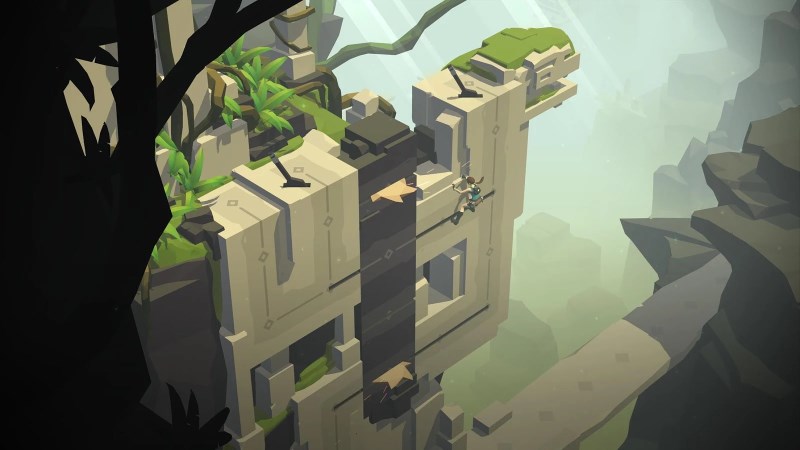 Tomb Raider fans or not, adventure-puzzler game enthusiasts will appreciate the artistry of Lara Croft GO. A download costs $4.99, but hey, don’t you spend that much on a cup or two of coffee anyway?

There’s a whole lot of content streaming services to go around this year in particular, but none offer quite the offline support like Amazon Video’s. If you have a Prime subscription, there’s no reason not to take advantage.

Crowdfunding has quickly become rather taboo, so to work around getting scammed, Ledge offers a model that’s more like a loan than outright “backing” a project. This is especially great if you’re asking for money from someone you know personally.

From retro lovers to filmmakers, VHS Camcorder is a great app if you’re looking to add a little nostalgic flair to your high definition videos. Even Saturday Night Live used the app for one of its skits this year!

On podcast overload? Let Overcast help by saving your favorite programs and listening to them on at your own convenience via a beautifully-designed iOS app.

If you’re bored of your phone’s default music player, Pulsar offers a lightweight and sleek solution to sort your locally-stored music. You know, if you’re one of those nice guys who still buy music.

Polymail may only be in beta, but it’s already impressed us enough with its clean interface and useful tools for managing an overloaded inbox.

Nature enthusiasts will enjoy Warbly, a Shazam for birds kind of app that lets you identify different types of the species using just its sound. As a cherry on top, you’ll also be lending a hand in crowdsourced research data.

One of the biggest launches this year, it’s tough to end this list without Apple Music in the mix. Hate it or love it, you can’t deny it’s impact on the music streaming industry this year.

For more on the best apps of the year, check out our mega guides for both iOS and Android.