As the year draws to a close, let’s take a look at the trends that have proven important in the world of tech startups. Don’t forget to take a look at our other lists as we tie 2012 up in a nice, neat bow.

The clamour to become the go-to ‘Instagram for video’ saw startups like Viddy, Socialcam and Klip (and many more) make a real mark on our Facebook timelines this year, as friends shared important and trivial moments alike.

They showed real traction, too. Especially Viddy, which boasted 40 million users as of this month. There was some debate as to quite how busy Socialcam really was, when we revealed that it was filling out its feed with videos pulled from YouTube, but that didn’t stop it becoming the first major acquisition in this field, selling to Autodesk for $60 million in July this year. Autodesk acquired Socialcam as part of its consumer-focused efforts, but we may well see a more conventional buyer for one or more of the other players in the space in 2013. 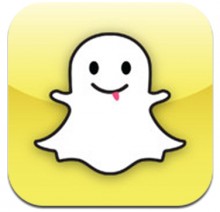 Snapchat has amassed millions users for its ‘ephemeral messaging’ app that allows users to send multimedia notes that ‘expire’ just seconds after they’re opened. What seemed to some to be a novelty concept , proved popular with teenagers, while it gained a level of notoriety as an ideal tool for ‘sexting’ amongst adults – all the more fun if the evidence is deleted automatically, eh?

The startup declines to report specific user numbers but says that 50 million images are shared every day via its iOS and Android apps.

Snapchat’s success led to Facebook hacking together its own rival, Poke for iOS, in 12 days. Released just before Christmas, it was an overnight App Store hit although it’s since slipped down the chart, most likely due to the seasonal rush of new iDevice owners obtaining essential apps.

Will 2013 see Poke and Snapchat battle for ephemeral messaging victory or will there be room for them both? Stay tuned. 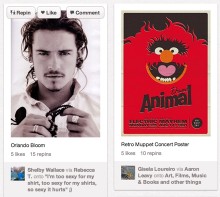 Online pinboard service Pinterest went from quirky upstart to true mainstream social media success story in 2012. Although we’ve seen no official userbase figures this year,  its impact was demonstrated by a seemingly endless procession of dull, uninspired clone sites (many, like Rocket Internet’s Pinspire, disappearing as quickly as they arrived) and also support from third-party apps like analytics tools Pinerly and Pinalytics.

Pinterest wasn’t alone in helping us curate our visual ideas and desires this year. Our own Harrison Weber described Fancy as feeling like “a highly curated Pinterest (minus the cute bunny rabbits and annoying quotes).” Boasting 2 million users in September this year, Fancy has gone beyond simple curation of what its users think look nice to become an e-commerce play. In fact, we described it as “The evolution of Amazon” in March this year. 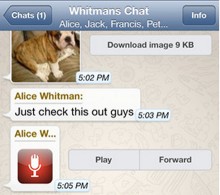 Group messaging apps and services looking to replace SMS for their users were hardly new in 2012, but some of the biggest players in the market saw significant growth this year. Whatsapp reported a record 10 billion total messages in one day in August and as the year approached its close, there it was reported that Facebook was interested in acquiring it. Rival Kik announced 30 million users in November, as it unveiled an extendable platform of add-ons for its messages called ‘Kik Cards’.

In Asia, Tencent’s WeChat doubled its user base to 200 million in the space of 6 months, while Naver’s Line reported passing 70 million users in October. Korean contender Kakao Talk added HD Voice group calling for its 66 million users in November. Meanwhile, Japanese gaming giant GREE is set to launch its own messaging app for iOS and Android in 2013 after opening it up in beta this month.

It’s not just startups looking to disrupt the mobile industry, either. French mobile operator Orange set out to disrupt itself too, with the launch of an expanded version of its Libon app, offering free calls, messaging and voicemail over a data connections.

Crowdfunding might not have been new in 2012, but it undoubtedly hit the mainstream. At The Next Web, our inbox has been indundated with entrepreneurs hoping for coverage of their projects, usually hosted on Kickstarter. This New York-based startup is undoubtedly spearheading the crowdfunding movement. In November it announced that a total of three million people had backed a project on its site, while the Pebble Smartwatch and Double Fine Adventure game both raised more than the $3 million in their respective campaigns.

Kickstarter and Indiegogo in particular have almost become PR vehicles in their own right for some projects. Witness the Memoto camera, which had its R&D funded by angel investors and seed cash from Passion Captial. When it came to funding production of the device, the Swedish startup behind it turned to Kickstarter and raised more than ten times its target amount. The company could no doubt have raised money for production by other means, but thanks to Kickstarter it could do so without giving out equity or taking on debt – and it was was a great move for building excitement around the product, too.

Kickstarter began its international expansion with a UK launch in October which saw £3 million pledged in one month, but the crowdfunding craze has already spawned a wide range of clones and unique takes on the concept. Some, such as the UK’s Seedrs event let backers take a real stake in a project. 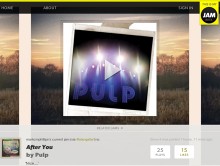 In 2011, Facebook introduced ‘frictonless sharing’, but 2012 saw a rise in a slower pace of sharing our musical tastes. Apps like Soundtracking and This Is My Jam encourage the sharing of not everything you listen to, but just the very best – this things you really think are special and actually worth sharing.

This Is My Jam tweets were all over tastemakers’ Twitter feeds this year, while Soundtracking has developed its offering throughout the year, most recently with the launch of a Spotify app in October.

Taxi and private hire apps made a real impact this year. Uber began to throw itself into serious international expansion in Europe and Australia, while it expanded the range of vehicles offered, sometimes into the realm of zany, headline-grabbing publicity stunts (see its ice cream trucks, for example). It wasn’t all plain sailing though, Uber’s expansion was met by seemingly unending legal challenges and beaurocratic knock-backs. America’s city-level lawmakers seem to be coming around to the concept of Uber though, at least in New York City and Washington DC, where services of its kind had been under threat.

It’s not just Uber though, 2012 saw app-based taxi and private hire services bloom in cities around the world. One of the most interesting examples is Hailo, which launched in London in 2011 but which is pushing into the States, reportedly raising $30 million at a $140 million valuation to take on Uber in New York City.

In a twist on the model, SideCar and Zimride’s Lyft service in San Francisco both combine ride-sharing with the convenience of a taxi service, allowing everyday folk who have passed an approval process to take you on your journey for the price of an compulsory “donation” to the driver. Just as the likes of Uber have faced regulatory hurdles this year, expect these types of service to come under scrutiny as they expand. It would also be interesting to see the likes of Europe’s BlaBlaCar ridesharing service expand into a ‘taxi-esque’ area.

Education startups in general have had a good 2012, but one segment of the market that has particularly stood out has been services aimed at helping people learn to code. Codecademy took on $10 million in additional funding this summer to expand beyond its home market in the states, in the same year that it teamed up with the White House to train low-income young people to build apps. Meanwhile, in July we looked at Programr, as service that lets you learn to code by actually building apps.

More broadly, peer-to-peer education has had a good year, with P2PU expanding its offering, expert masterclass learning platform Udemy launching an iPad app and raising $12 million to expand its offerings across new platforms. The non-profit Khan Academy had a big year, most recently updating its iOS app to support the iPhone. Coursera, which brings courses from top universities online for free, announced in September that it had signed up a total of 33 academic institutions, offering more than 200 courses to 1.3 million students around the world. Even a certain startup called The Next Web launched its own Academy.

We’ve only just scratched the surface of a huge topic here, too. Expect the Internet-enabled transformation of technology to continue apace in 2012.

This section sees quite a lot of overlap with the ‘Visual taste curation’ section, but has its own superstars. Fab, in particular, had such a huge year that it almost deserves its own section. The retailer that focuses on short runs of stylish, design-conscious items hit 7 million members in September (helped along by Facebook Open Graph integration). The US-based firm has expanded across Europe this year, acquiring LLUSTRE in the UK and hiring a Chief European Officer when it was already available in 24 countries on that continent. The year ended well for Fab’s mobile revenues, with 56 percent of its revenue in the US and 40 percent in Europe on Christmas Day coming from customers using mobile devices.

Meanwhile, eBay acquired Svpply, “a curated collection of the world’s best products and stores,” in September. Style-conscious homeware site One Kings Lane had a great year, boasting in excess of 6 million members, it announced $50 million in fresh funding this month to fuel rapid expansion. Given its retail bent, Fancy deserves a mention here too, competing as it does for consumers with a similar mindset to those who frequent Fab. 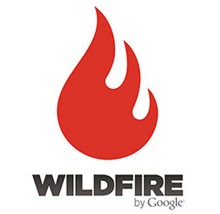 Companies that offer social media tools aimed at businesses had a good year, with a brace of acquisitions in the space. Google snapped up Wildfire (putting it in the odd position of offering services to help people succeed using its rivals such as Facebook, as well as Google+), Salesforce.com acquired Buddy Media, and Oracle bought not just Vitrue but also Collective Intellect.

Independent companies remain in the space (Socialbakers and Sprout Social spring to mind – indeed, the former made an acquisition of its own this month) but the fact that tech giants are snapping up these companies shows just how important and valuable having a leg in the pool of rich social media data is.