This article was published on November 30, 2012

Uber has been testing its service in Sydney for months but the taxi booking startup has finally gone official in the Australia city today, marking its first full-scale launch in Asia Pacific.

The US startup landed ‘down under’ in October in the “super secret stealth” mode that it adopts when it begins testing in new cities, and now the company has confirmed it is fully operational there.

Black colored cars are the default option in Australia, where Uber’s vehicles can seat up to four passengers. The base fare in Sydney starts at AU$8.00, with a minimal fare of AU$15.00. The per kilometre rate for 18km/h or above is AU$3.25, but that drops to AU$1.25 when traveling slower than 18km/h – the cancellation fee is AU$10.

Uber recently ran into difficulties in Vancouver where, now out of testing stage, it is forced to adhere to a minimum ride price of $75, and an hourly rate of $75 beyond that. But there’s no initial indication of similar problems in Australia. 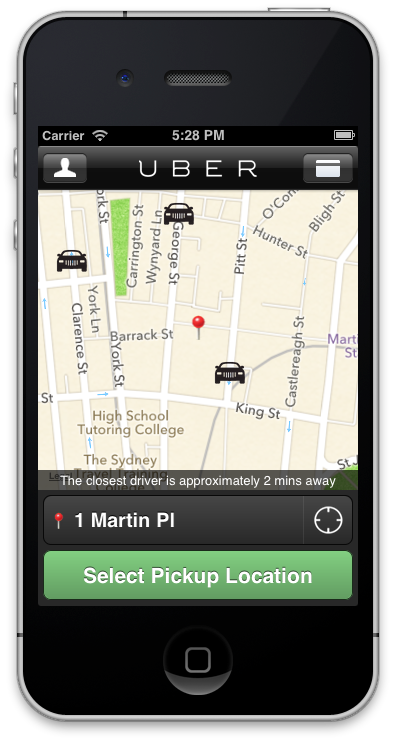 The Australia launch adds a further continent to Uber’s fast expanding global presence. It is currently operating in 18 US cities and recently began testing in its third European city, Amsterdam, having first arrived in the continent with its UK launch in June.

Japan is likely to be the next new country launch, and CEO Travis Kalanick recently told TechCrunch that a Tokyo-based service should go live in early December. That would be its first move into Asia proper, and Kalanick previously said it would push on into the “obvious” cities across the continent.

We’ve reached out to Uber for details of its plans for other cities in Australia.