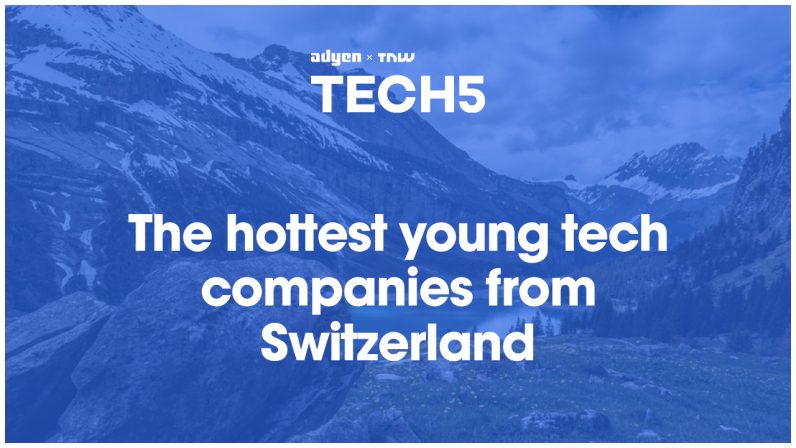 For centuries, Switzerland has been known as a serene peaceful paradise with beautiful mountains, lakes, glaciers… and chocolate. In recent years, however, certain entities have started to disrupt the peace: startups.

And this makes sense. Switzerland has been named the most innovative country in the world for eight years in a row by the Global Innovation Index. Swiss VC funding has reached an all-time high of almost CHF 1.24 billion. All this has contributed to the country being ranked the second best startup ecosystem by the Global Entrepreneurship Index.

Switzerland has also begun profiling itself as one of the global crypto hubs. Especially the canton of Zug, informally known as Crypto Valley, which provides a home to some well-known players in the field, such as Ethereum and ShapeShift. What’ll be interesting to see is which startups are going to be the drivers behind Switzerland’s transformation into a startup haven.

Today we highlight Switzerland. We did our research, consulted with our advisory consortium of 100 investors, influencers, entrepreneurs, and experts across Europe and selected the five hottest young Swiss scale-ups.

Find out who Switzerland’s hottest young scale-ups are:

Beekeeper is a mobile-first communication platform specifically built for employees that don’t work at a desk, such as hotel and restaurant staff. It enables these frontline workers, who often don’t have a company email and work at different properties or shifts, to easily access all the information and tools they need in their daily operations. It allows real-time, two-way communication with each other and management, and integrates with existing operational systems in one central access point. This enhanced communication has proven to increase productivity, boost engagement, and lower turnover. Last year the company raised $13 million in its Series A extension round and has quintupled its user base.

Different from the previous startup on this list, Frontify focuses on a company’s external communications. The company allows different departments to align their branding strategy through a shared brand portal, media library, and a workspace. Last year, the startup raised $8.3 million to further innovate its services and fuel its expansion into the US, with plans to open an NYC office. The company also plans to expand into Benelux, Northern Europe, Latin America, Spain, and France. Great branding can make all the difference and Frontify is helping companies to strengthen and leverage this.

As the global leader in Data-Driven Medicine, SOPHiA GENETICS helps healthcare professionals better diagnose and treat patients for both oncology and hereditary disorders thanks to complex genomics and radiomics analysis powered by SOPHiA AI. The company achieves its mission of contributing to a sustainable global healthcare system by providing equal benefits to all users, uniting experts in a gold standard health tech platform, and motiving expert knowledge sharing to enter a new era in healthcare, where the data used to help a patient today will benefit those of tomorrow. Adopted by more than 920 hospitals in 77 countries, SOPHiA has already supported the diagnosis of more than 315,000 patients worldwide.

Coorpacademy is one of the fastest growing Edtech companies in Europe. The platform allows companies to train their employees through fun and interactive online courses on soft skills available off the shelf. The start-up is at the heart of research into new learning methods and is an expert in adapting its customers’ training content to new learning methodologies. Since its founding, they’ve raised €14 million, provided their services to over 150 enterprise clients and signed partnerships with more than 40 content partners. They are currently expanding internationally into the UK market and are growing their presence in France and Switzerland.

Once is here to redefine online dating applications. It takes away the quantity and instead provides its users with quality matches which they can review only once a day, at 12 pm. The app has been a hit since its founding in 2014. In 2017, they started their international expansion to the Netherlands, Belgium, and Spain and, just last year, they also entered the US market driving their global user count to 8 million. They’ve been since improved their matchmaking algorithm, allowing them to move to a matchmaking process which doesn’t require physical matchmakers. Once has also added a “Rate Your Date” feature which allows its (female) users to rate the date and accuracy of their date’s pictures.