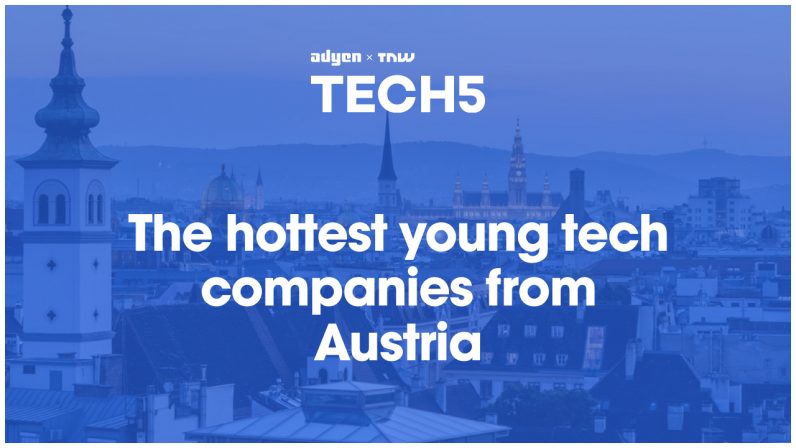 Ahhh Austria. The birthplace of Mozart, ski resorts, schnitzel, and Schwarzenegger. But besides the snow and the food, Austria is also home to a young but vibrant startup scene. Although it’s relatively new on the startup map, Austria has already produced a number of success stories, like Runtastic which was acquired in 2015 by Adidas for $240 million. The country was also recently recognized by The Global Entrepreneurship Monitor for being the strongest country in Europe for public pre-seed funding.

Although there are still fewer opportunities for larger investment rounds than in some of the more established tech hubs, the government is looking to grow its position as an ideal base for early-stage startups through initiatives like the Vienna Startup Package, offering a two month all expenses paid stint in the city to promising international startups that want to break into the Austrian market.

At the same time, this doesn’t mean Austria’s startups are staying put. A survey by Austrian Startup Monitor found that 75 percent had already developed international markets and 42 percent were “born global” or startups focused on taking over global markets from day one. So if you’re on the search for Europe’s next big unicorn, one thing’s certain, it’s time to break out your lederhosen cause Austria’s tech scene is on fire.

Today we highlight Austria. We did our research, consulted with our advisory consortium of 100 investors, influencers, entrepreneurs and experts across Europe and selected the five hottest young Austrian scale-ups.

Find out who Austria’s hottest young scale-ups are:

For many, nailing proper dental hygiene habits from a young age would have prevented a lot of toothache and dental costs. Austrian startup Playbrush has come up with a solution that’s set to change the brushing etiquette of an entire generation. This solution comes in two forms, both using gamification. The first is a dongle for manual toothbrushes, while the second is a sonic integrated toothbrush. Both are connected to a phone or tablet via bluetooth, where the movement of the toothbrush is used to control a game. Children can actively gain in-game points by brushing their teeth correctly. In 2017, Austria‘s largest domestic drugstore chain BIPA started selling Playbrush, which means it’ll be available in over 600 of its stores.

I’ve got the startup for all you audiophiles out there. USound GmbH based in Graz Austria focuses on developing and producing advanced audio systems based on MEMS technology. They’ve developed a chip that’s destined to be installed on various smartphones to finally provide that real quality sound that seems to be missing from so many devices. And just because we love you, MEMS stands for MicroElectroMechanical Systems. They’ve won a couple of awards last year including the Frost & Sullivan Technology Innovation Award. Since 2014 they’ve managed to raise $25 million to further develop this impressive technology.

What happens when you combine the idea and thought of a product like Lego with modern day technology? Enter Robo Wunderkind, the company based in Vienna has created a kit of small interchangeable building blocks that consist of anything from servo motors to LED boards that can be built into small robots which you (or your kids…) can then program to move, light up, play music, etc. The product is designed to get kids interested in engineering and coding from a young age. Robo Wunderkind has teamed up with schools as well as NPO’s in 60 different countries. They’ve also expanded their robot coding courses to over 50+ hours of lessons.

The cryptocurrency market continues to intrigue banks, scare governments and attract tech enthusiasts. As early adopters, Bitpanda’s founders realized how difficult it was to acquire coins in Europe. Looking to close this gap in the market, they created Bitpanda, a European online trading platform for cryptocurrency. What started out as a three-man company, became a leading retail broker for buying and selling Bitcoin, Ethereum, IOTA and more, and one of the most exciting European Fintechs. It distinguishes itself from other similar platforms with its wide range of services. It offers a wallet service and accepts a vast variety of different payment options and currencies, both cryptocurrencies and fiat. Furthermore, they have more cryptocurrencies available for purchase than any other fiat exchange in the world. Their service is gradually evolving and in 2019 Bitpanda will become a platform for buying and selling digital assets of all sorts.

If like us, you miss your university years when random after lecture football matches were a normal part of your week, then we have something for you. Eversport lets you find and book sport venues for you and your team wherever and whenever you’re ready to play. Not only that, but it also helps you find the sport courses you’ve always wanted to try and to meet other sport partners to train with. Since its founding in 2013, they’ve facilitated over 4 million sport bookings in five European countries. They now have 2,500 venue partners available on their platform and over 80 people working for their team.