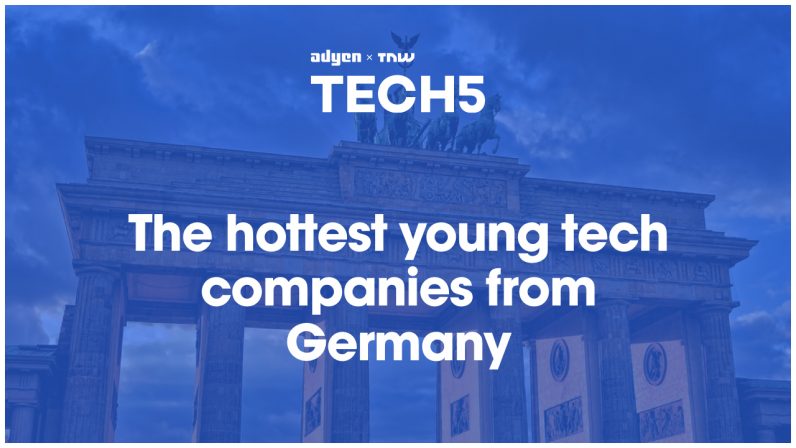 When you hear underground techno clubs with permissive raves and more museums than rainy days per year, there is only one city that comes to mind: Berlin. Aside from the eccentric party driven artist’s haven its known to be, Berlin is also the birthplace of one of Europe’s first tech hubs. Just last year Germany’s startups collected a record €4.6 billion in investments with Berlin-based scale-ups alone responsible for €2.64 billion of the intake.

At the same time, we’re now seeing other major German cities catching up faster than anyone could have imagined. During 2018 Munich increased its investment volume by 97 percent bringing in €802 million. Meanwhile, Hamburg increased investments by 138 percent reaching €548 million. There’s a fierce competition going on to be Germany’s next tech capital and the result has been the growth of some of the coolest startups on the market.

Today we highlight Germany. We did our research, consulted with our advisory consortium of 100 investors, influencers, entrepreneurs and experts across Europe and selected the five hottest young German scale-ups.

Find out who Germany’s hottest young scale-ups are:

Munich grown FlixMobility GMBH is the largest-reaching long-distance bus company in the world. Now servicing 29 countries, their rapid growth can be explained by their significantly lower prices in comparison to alternative modes of transport. Green Flixbuses have already completely taken over the bus transportation market in Germany and they’ve now gone Europe-wide with fares from Paris to London from €14.99, Frankfurt to Milan from €29.99, and Hamburg to Prague for €28.99. The low-cost bus option not only offers A to B transportation, but also perks for their travelers: Wi-Fi, plug sockets, movies, snacks, and drinks. Watch out for the launch of the first ever all-electric bus, with service in France and Germany, and the new FlixTrain coming soon!

With rapidly advancing technology there are numerous benefits, like increased comfort and efficiency. However, there are also some downsides. One of them is rapidly increasing prices. Take phones for example; when the iPhone Xr was released last year, its entry price was $749, which is $100 more than the iPhone 7 cost when it was released three years ago. Another one is that the obsolescence rate is growing fast: technology might become outdated and replaced at an astonishing rate. In other words, the gadgets that you have long saved for might become obsolete before you even know it, or before you own it in the case of long-term financing contracts.

German startup Grover provides an innovative solution in the form of a subscription service. You can subscribe to a wide selection of tech products and pay on a month-to-month basis. Whenever you’re done, you send it back and effectively end your subscription or you upgrade to the next model. We are expecting to see a lot more from Grover, as last year they closed one of Europe’s biggest Series A rounds with a total of €37 million.

Can you remember the last book you read cover to cover? In our hectic lives, a lot of us lack the time or patience to finish a book, and after a long day at work we end up spending time on less attention-intensive entertainment, like binge-watching Netflix shows. Blinkist taps into these sentiments by providing 15-minute summaries (in both text and audio) of nonfiction books. Blinkist has raised $35 million to date which it’s using to expand its catalogue, languages, and user base. With around 3,000 titles and 40 new ones being added each month, there’s something for everyone.

Homelike is here to help international movers find a cozy home wherever they go. By providing home seekers with the biggest portfolio of furnished apartments in Europe, they get to choose from a wide range of apartments for temporary living that suits their needs individually. Thanks to their online booking with verified e-signature, it’s even possible to book furnished apartments at short notice. Since their founding, they’ve raised $18 million and their platform has helped book over 750,000 nights. They are currently expanding throughout Europe and have recently opened a new office in Barcelona, the third one after their London office and HQ in Cologne.

Arguably the only good thing about moving locations, be it your house or office, is the bubble wrap. Movinga however, is out there to change your perception of moving. They are an all-inclusive moving company, from planning to execution. Everything can be done through their website, you select a date for the move, add your belongings to the list, choose any extra services you might need like moving boxes, packing and unpacking, assembling and disassembling furniture, and they take care of the rest. If you need any kind of assistance, their team of moving experts is your point contact and can be easily reached through the chat or by phone. They’ve raised close to $100 million in funding since 2015 including a nifty round of $17 million in 2018.