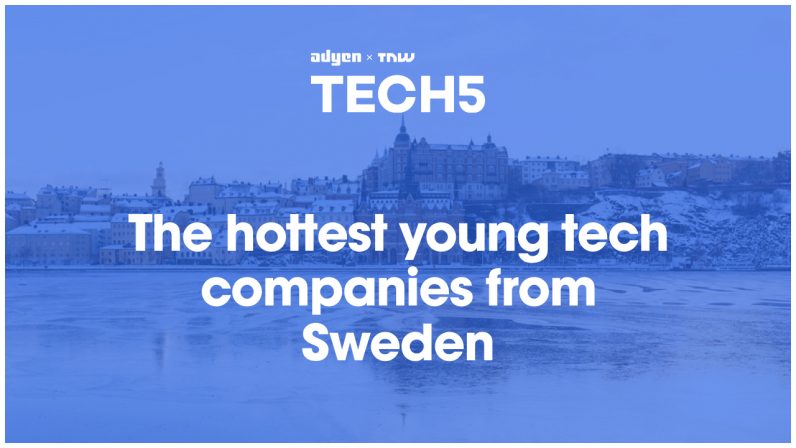 Dubbed a ‘unicorn factory’ Sweden has become a powerhouse incubator for some of the most innovative startups. It’s no wonder, with massive success stories such as iZettle and Mojang Games (the creators of Minecraft) that the country has been experiencing an influx of growth in technology in the last decade.

In fact, in 2017 Sweden more than doubled its number of startup exits. At a total of 120, it topped the number of exits from other, much larger startup ecosystems like Germany (112), the UK (77), and France (44). With so much recent success, the Economist Intelligence Unit ranked the country as the number one ‘best place to invest in the next five years.’

Today we highlight Sweden. We did our research, consulted with our advisory consortium of 100 investors, influencers, entrepreneurs, and experts across Europe and selected the five hottest young Swedish scale-ups.

Find out who Sweden’s hottest young scale-ups are:

If you’ve scrolled through Instagram in the last year, then you’re probably already familiar with NA-KD, the vertical direct to consumer fashion brand based in Sweden, and one of the pioneers in influencer marketing. By collaborating with the world’s most recognizable fashion influencers, NA-KD has created a unique marketing play that allows them to reach a massive audience of fashion-forward Gen Z and Millennial customers in over 140 countries. NA-KD has consistently been recognized as one of the hottest startups in Europe since their inception in 2015. And the money they’ve raised so far, a mere $66.2 million in 3 years, is clear proof. Not bad, not bad at all.

Something I’m sure we’re all aware of is the ever-expanding and growing industry of shared mobility vehicles. VOI Scooters from Sweden is no exception. They’ve developed a platform that allows you to find and immediately book electric push scooters to cruise around your city with. You can currently find their scooters in five European countries, including Sweden of course. Perhaps you’d be even more surprised to find out they were only founded in the summer of 2018 and have already managed to close an investment round of $50 million.

Visual computing is cooler and more popular than ever, incentivizing new companies to emerge and start exploring the space of virtual reality (VR) and augmented reality (AR). Resolution Games is at the forefront of VR and AR games development, having the rights to major titles like Angry Birds (you know that little game that I’m pretty sure is still number 1 on the app store) and developing some of their own titles for the VR and AR world including Bait! and Wonderglade. They closed their Series B round of funding at the end of 2018, bringing their overall total to $13.5 million raised. For a young gaming company, there’s a lot going for them in the immersive gaming space.

Ever wonder what happens to the food that doesn’t even get touched in restaurants and supermarkets? Karma, a humble startup from Stockholm is fighting against food waste with their new app designed to help restaurants and grocery stores sell any food that was destined for the waste bin. The app is currently available in Sweden and the UK and, since its release, they’ve managed to save 284 tonnes of food waste. In the summer of 2018, they managed to close their second round of funding at $12 million and have onboarded over 2000 locations to the app.

Having a subscription to anything is a pretty common occurrence in today’s world. Sniph saw this trend and decided to jump on it as well. They’ve developed the first subscription-based company selling perfume for both men and woman. Sniph’s vision is to democratize fragrance by allowing more people to match their scent according to their mood, style, or special occasion. Every month you receive a new fragrance from a category that you’ve chosen like ‘Aesthetic’ or ‘Avant-Garde’. Last year they were recognized by Wired UK as one of Europe‘s hottest startups and have expanded their offering throughout the rest of Europe!