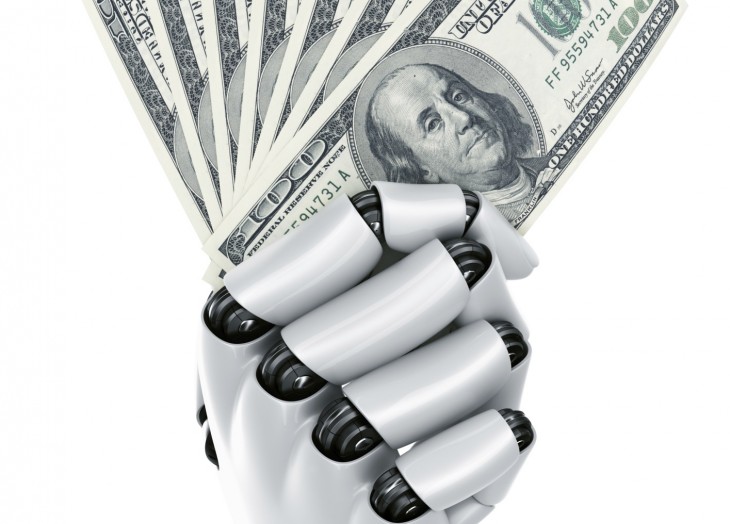 Duck into just about any smoky arcade in China, and you’re likely to see several people huddled around a table shooting coin-charged weapons at digital sea creatures. That genre was apparently the secret to overcoming the problem of making money off Android in the world’s largest smartphone market.

Fishing Joy, CocoaChina’s mobile version of the game, has turned out to be a clear winner in the Chinese market, rising to bring in $2 million a month on Android. For years, developers had been saying that making money on Android in China was a lost cause, but CocoaChina, also known as Chukong technologies, says carrier billing was the key.

Worldwide, the Fishing Joy franchise has amassed over 190 million downloads, 120 million of which have come from Android. When you consider that Chinese market research firm Umeng estimates the size of the domestic Android market to be 140 million devices as of the third quarter of 2012, that’s an impressive figure. In November, the company was making as much as $1.6 million a month on the game, and that figure has since grown to $2 million.

CocoaChina, which also operates PunchBox Studios and the Cocos2d-x open source 2D game engine, has roughly 300 employees in-house. By its own account, it’s one of the top three mobile gaming companies in China, in the same league as multi-faceted giants like Tencent or Qihoo 360.

Interestingly enough, the company actually got its start as a forum for Chinese developers interested in publishing on iOS, but it has expanded into Android as the local market has quickly moved toward Google’s mobile OS. In light of its roots, CocoaChina has made it its mission to build up the mobile gaming ecosystem in China for all developers.

CocoaChina co-founder and CEO Haozhi Chen was one of the founders of Joyo, the ecommerce company that Amazon bought up when it entered China, while fellow co-founder and COO Gary Liu was an early employee at social network RenRen.

CocoaChina has raised over $15 million of funding up to Series B and and a C round with an undisclosed amount. Investors include GGV, Northern Light Ventures, Steamboat Ventures (Disney) and Sequoia Capital.

The company is betting big on Android. It expects 80% of smartphone gaming revenue in China to come from the platform this year.

CocoaChina offers many of its games on a try-and-buy basis and brings in added revenue from in-app purchases. The low friction of its carrier billing solution has given it a significantly higher conversion rate, sometimes as high as 30%, than other payment schemes. The company has complete coverage of China’s more than 300 Android application stores, and it has partnerships with all three of China’s wireless carriers: China Mobile, China Telecom and China Unicom.

The mobile gaming space in China isn’t all peachy though. CocoaChina says that Android fragmentation is an issue. In spite of its successes with Fishing Joy, the company thinks monetization is still a problem for many titles, and piracy continues to be quite common in the market.

The startup has taken steps to combat piracy. It has a team dedicated to locating and filing complaints against unauthorized versions of it and its partners games. It also founded the Chinese Anti-Black Card Alliance to improve fraud prevention.

A number of foreign developers have been hesitant to bring their games to China because of the frequent piracy, but CocoaChina’s US GM Lei Zhang reminds them that the best defense is an offense by pointing out that even if they don’t enter, their game is already here whether they like it or not.

Last month, game developer Z2Live, the company behind popular titles like Metalstorm and Battle Nations, announced a partnership with CocoaChina to bring its games to China. CocoaChina also signed a deal with Nexon in October 2012 to introduce the Dungeon & Fighter franchise to the local market. Other partners include Glu, Gameloft, Disney, Intel, Microsoft, Tapjoy and Google.

Helping overseas studios enter the Chinese market might seem counterintuitive since it brings more competition for CocoaChina’s own games, but Zhang says that he expects improving the overall mobile gaming ecosystem will help all participants.

Looking forward, CocoaChina is working on a social gaming platform to capitalize on the improved user engagement that games like Candy Crush and messaging services like Kakao and Line have demonstrated. The first game to include CocoaChina’s social layer is scheduled to arrive in March, and the company expects a wider release in the middle part of this year.

The company is also looking toward casual gamers for the next phase of growth in the gaming market. Zhang notes that hardcore gamers are still a sizable market in China, but he sees the majority of revenue and users coming from people who have never played games before.

“We believe it will be an order of magnitude bigger than the old generation of gamers, at least several times bigger in terms of overall market size,” Zhang said. “We believe we’re at the very beginning of the explosive growth of the casual gaming market in China.”

One recent report estimated that the video game industry in China brought in $9.7 billion in revenue last year and will grow to $21.7 billion by 2017.

As for the arcade version of the fishing game, Zhang says that certainly helped Fishing Joy gain traction early on, but he estimates that 80% of the games players have never set foot in a physical arcade.

CocoaChina is wary of rival Tencent though. Zhang says that Tencent’s 300 million-user WeChat service is its biggest asset right now, and other industry players are waiting to see whether it can leverage it into a gaming platform like other global messaging services have done.

“[Tencent is] a formidable competitor to any company in the tech space in any industry in China,” Zhang said, while adding that there’s plenty of creativity in the market outside of Tencent’s control.

Even with these big players, indie developers still have a shot, though they may represent just 1 out of 10 of the top games.

“There will always be small developers that pop up in this market and have an opportunity,” Zhang predicted. “It’s increasingly harder and harder but this market is rewarding innovation.”

Still, discovery is an issue. Zhang says the mobile gaming market has gotten frothier as more companies have moved into the space.

“There’s a lot of noise, but it’s a good noise…Discovery is something that has yet to be resolved,” he said, adding that the company hopes the new social platform will help solve the problem.

Between its upcoming social platform, several announced partnerships that should yield high-profile games and the runaway success of Fishing Joy, CocoaChina’s got some great stuff going for it in the China market. Other game developers would do well to take note.

Read next: EE rolls out 4G to nine new UK towns ahead of schedule, covering 45% of the population