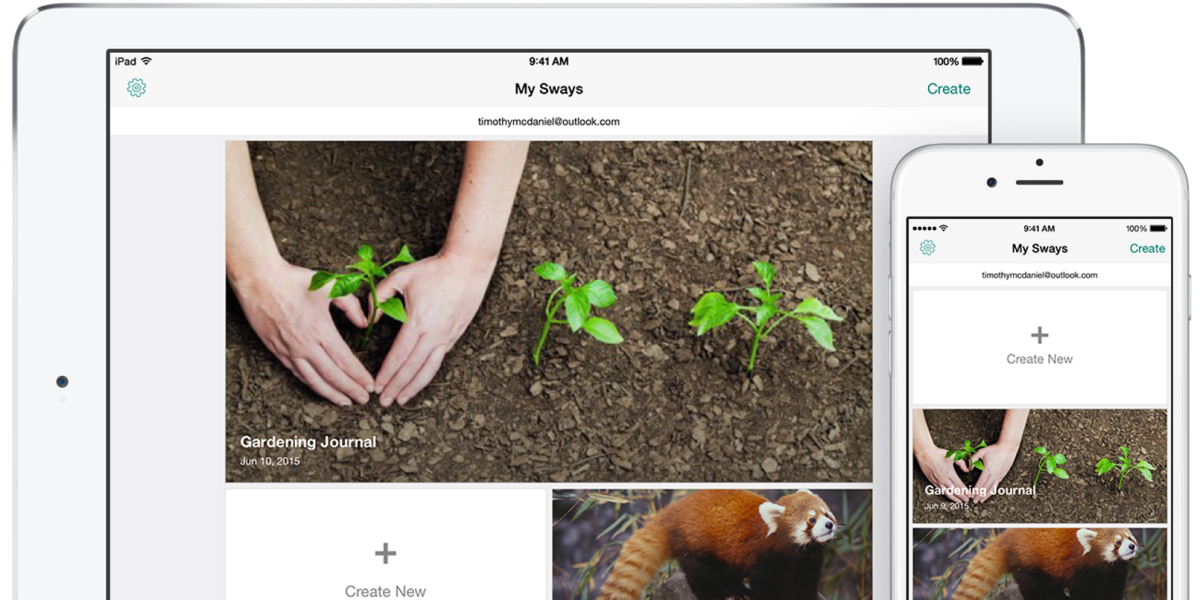 June was a busy month for new and updated iOS apps, from pure productivity and money-saving to new photo tools to make the most of your camera.

We’ve pulled it altogether into one handy list, so all you need to do is click your way through.

Pushbullet rolled out an update this month that brought a streamlined workflow and tweaked interface to its Android, iOS, Windows and browser apps.

With an increased focus on messaging and simplified management of pushes, Pushbullet is now more useful than ever. 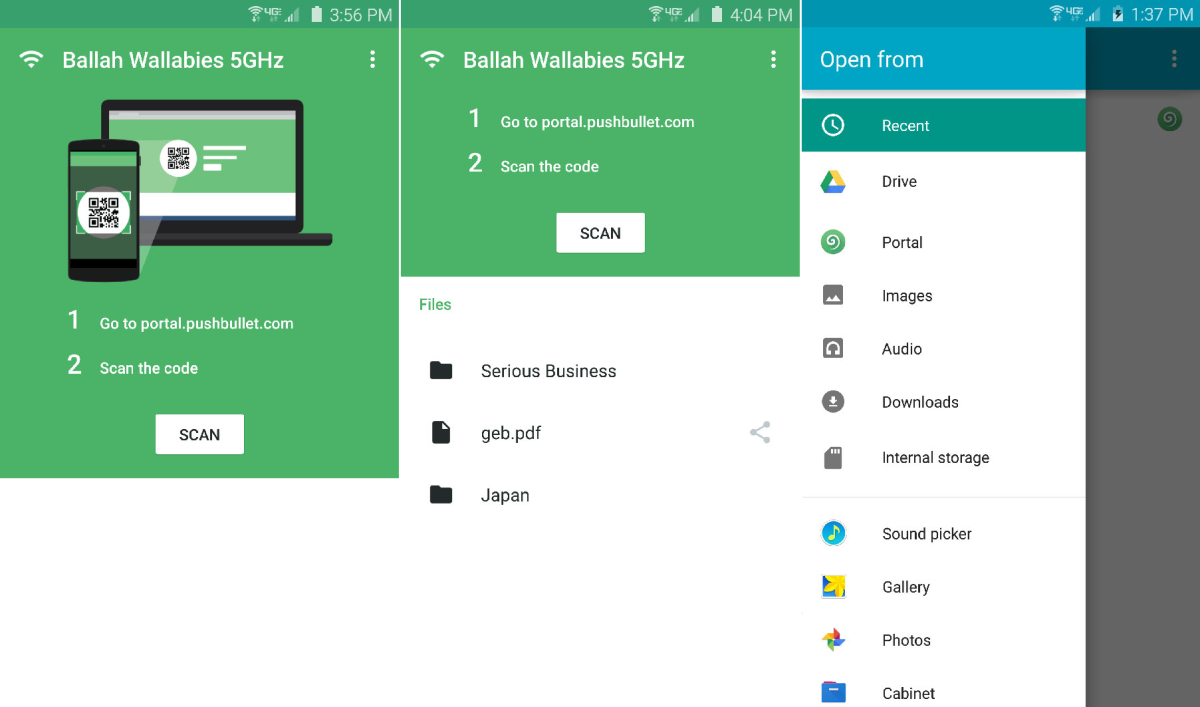 For Android users, there’s also an all new app from Pushbullet called Portal, which allows you to send batches of large files to different devices across a Wi-Fi connection.

IFTTT’s Do apps got pretty notable updates across iOS and Android this month, which include a floating button for direct access from the home screen and a whole host of new channels and recipes specifically for controlling Android functionality.

On iOS, Do apps no longer have a three recipe limit, so you can add as many shortcuts as you want to the Do Button, Do Camera and Do Note apps. There’s also a new Snapchat-like feature for the Do camera app that allows you to preview your photo and add text to the image or apply filters before sending it.

There’s extended Apple Watch support for Do apps too, so you can now use the glance feature to quickly view and trigger recipes.

If you want to instill a good understanding of money and financial nous in your children, arguably one way to do that is through an app like PennyOwl.

The main agenda view takes a timeline approach, and while it doesn’t sync directly with your native iOS calendar app, all you need to do is connect up your iCloud, Exchange or Gmail accounts to pull in all your information.

It’s not perfect, but as our review concluded, it’s among the best available right now if you like an uncomplicated feel to your calendar.

Anyone who has the app installed will be able to see StrawCasts, as well as it being posted on the company’s Twitter feed, and there’s a discovery feed to allow you to find random polls to vote on.

Along with StrawCast, the update also brought new features like the ability to embed polls on websites, make results private and edit polls in real-time.

Users in the US get an ‘Explore’ page that showcases trending tags and places across the network – these include local and global trends, it’s just a shame it’s not a globally available feature right now.

If you’re a fan of the live-streaming app Periscope, there’s a good chance that you felt it was missing some stream discovery options – and it was.

Now, however, iOS users can view a map of all the live Periscope streams, so you can choose your viewing by location.

The update also made replays of streams instantly playable, rather than having to wait for it to upload once the stream ends.

Tinder has a lot to answer for, and not just in terms of dodgy dates with loosely-matched couplings – it also brought the swiping gesture to a whole new world of apps.

WantList, a fashion app that lets you quickly and easily add desirable items to your list for later with a quick swipe to the right.

If it’s no good, you can just keep on swiping until you see something you prefer.

Microsoft’s app for writing full-page stories on the Web, Sway, launched on iOS towards the end of last year, but it was only this month that an iPad version arrived to make use of the additional screen space.

In addition to being optimized for larger screens, the iPad app (and now iPhone too) has a simplfied workflow for adding video and text, and there are new views to let you preview a post before it goes live.

It supports a bunch of new languages now, too.

Polarr has been known for its no-nonsense Web-based image editing app, but now it has its first native iOS app.

Just like its browser-bsaed offering, Polarr’s iOS app is a gimmick-free experience that’s focused on helping you to create the best possible shots.

With a whole host of features, filters and settings to play around with, Polarr’s new free app is worth checking out if you’re serious about smartphone photography.

If you’re a fan of Skype Qik’s ephemeral messaging apps, then you’ll probably be pleased to hear that the disappearing messages now come with the option of being accompanied by captions, music and photos.

While the app is available for Windows Phone and Android devices too, these new options aren’t yet available.

If you’re the sort of traveler who prefers to have a hard copy of the photos you take in far-flung lands, then TripPix is a simple way to achieve that goal.

The iPhone app takes between 15 and 30 photos from your Camera Roll (only geo-tagged images can be included) and makes them into a travel book that arrives at your door.

Books are a standard 6 x 6 inches and cost a flat fee of $19.99, which can include up to 51 pages in total, including maps if you choose to include them.

We don’t write about a lot of games on TNW, but when we do you can be sure there’s a good reason.

Hue Ball was a new addition for iOS in June, which stood out due to its addictive mix of bocce and Bubble Bobble. Tapping the screen shoots a ball upwards from the cannon at the bottom of the screen – these balls pop any others that they come into contact with, but ultimately end up stationary.

The idea is to get rid of the balls before they become too large to destroy (they turn into skulls if that happens) and between each wave of difficulty, balls left of the field get reinforced and change color, which is why it’s called Hue.

If you want yet another way of managing your photos on your iPhone, Slidebox lets you tap and swipe away to your heart’s content.

The premise is pretty simple: swipe up to delete photos you no longer want, or tap the screen to keep them. It also lets you quickly sort photos into (user created) albums.

While auto-tagging and sorting of photos is all the rage, there’s still something to be said for human curation of photos and swiping your way through is a quick way to achieve the same goal.

Slidebox is free and currently only generally available on iOS devices; there is an Android app being privately tested though, so a public launch probably isn’t far away.

Design Shop is an iPhone app aimed at making your online sales on sites like eBay a bit more stlyish.

The app offers a simple way to overlay photos of your items for sale with a variety of professionally produced graphics and templates, for example.

A free version of the app has a watermark. If you want to remove it on an individual photo, it costs 99 cents. However, if you want to unlock the designs behind the paywall, there’s a $2 per month subscription fee.

If you are selling in volume, you may want to consider an annual subscription at $24 per year.

Emoji might be all the rage right now, but do you really need a keyboard dedicated to the non-verbal cues?

Oh you do. In that case, Line’s emoji and sticker keyboard for iOS devices is probably just what you’re looking for.

With 2,000 emoji and stickers to explore, do you really need more words to explain this to you?

You might not use it every day, but Dot is an interesting take on location apps that lets you place a virtual marker just about anywhere for your friends (and other Dot users, if you choose) to see.

Want to leave a message on that trash can you know your friend walks past every morning? Now you can.

Dots you leave for others can be categorized by adding hashtags, and dots from people you follow appear in different colors.

For now, the app is iOS-only, but the team says it’s working on an Android version too.

Billed as specifically aimed at ‘the iPhone generation’, MikMak is a shopping app that relies on video ‘minimercials’ to sell products.

Each night at 9PM EST, MikMak showcases a new video with a range of products – it could be gadgets to beauty products or other accessories, but all the items cost less than $100.

It might not be how everyone chooses to discover new items, but for the Vine generation, 30-second video clips could be the future.

Kids are notoriously fickle though, so MikMak could also turn out to be a flash in the pan.

Read next: Fiverr and Getty Images team up to level the playing field for small business creativity