While new games land on iOS all the time, Hue Ball was one that caught my eye. A fast-action game many will liken to Flappy Bird for its fast pace and increasing difficulty, Hue Ball is actually quite a bit more than that.

Hue Ball is a mix of two things I actually enjoy quite a bit: bocce ball and Bubble Bobble. A cannon at the bottom of the screen shoots balls upward when you tap the screen, which pop other balls they come into contact with.

Balls fired from the cannon can be redirected at first, but later become stationary.

There’s also a round timer that cycles down in the middle of the playing field. Every time it reaches zero, balls left on the playing field get a new layer (in a new hue), making them harder to destroy. If they get too large, balls turn into skulls that can no longer be destroyed. 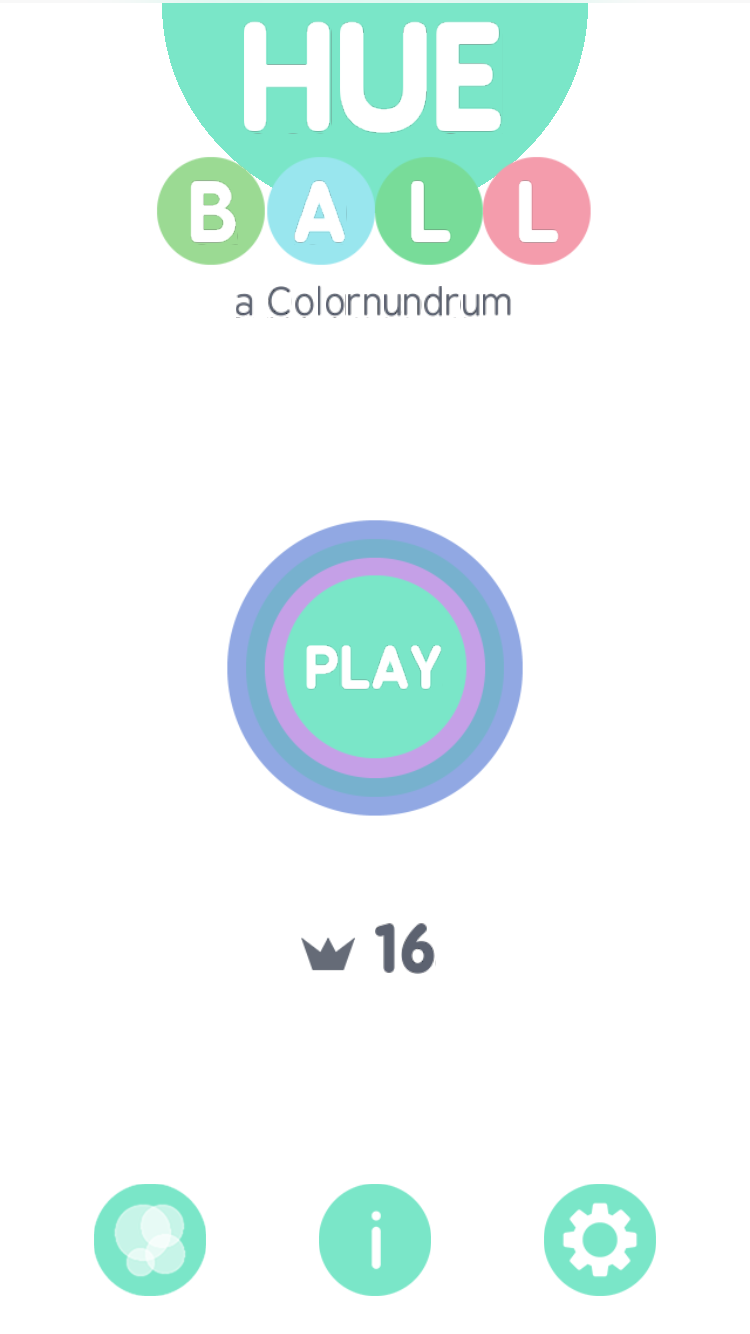 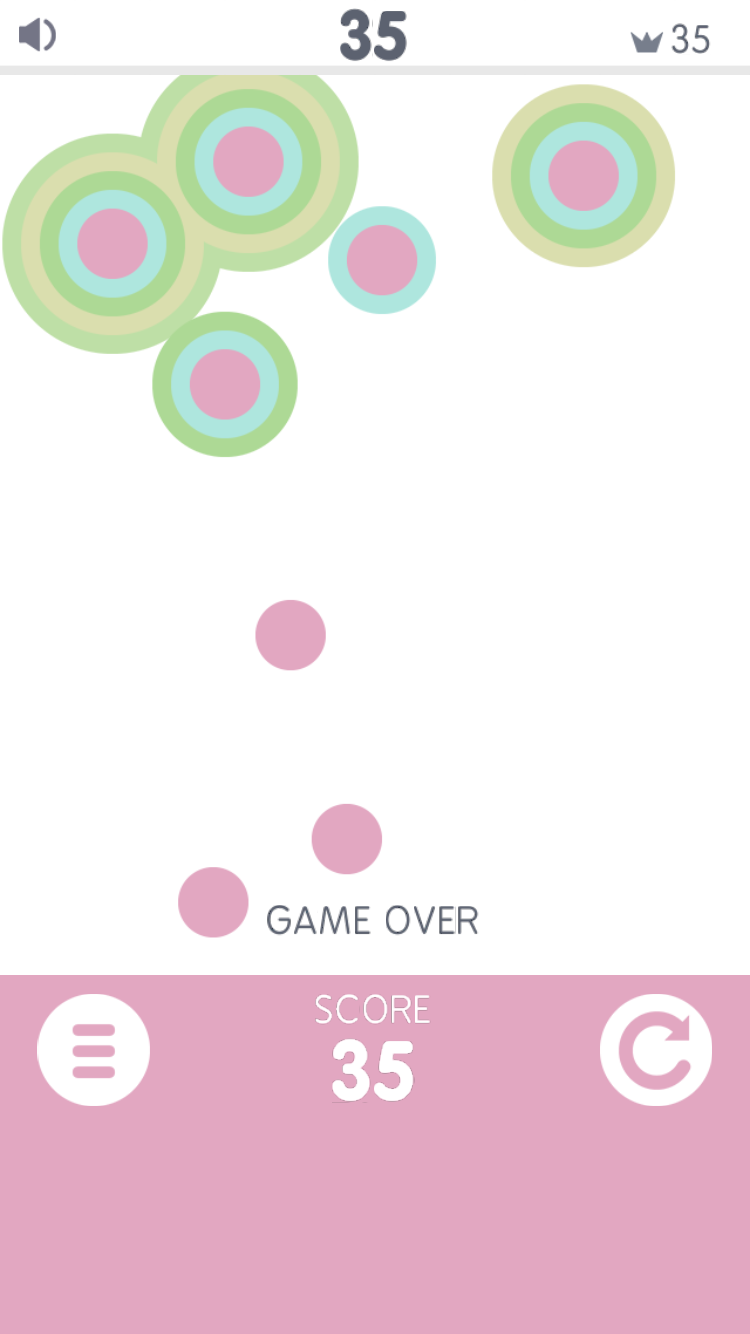 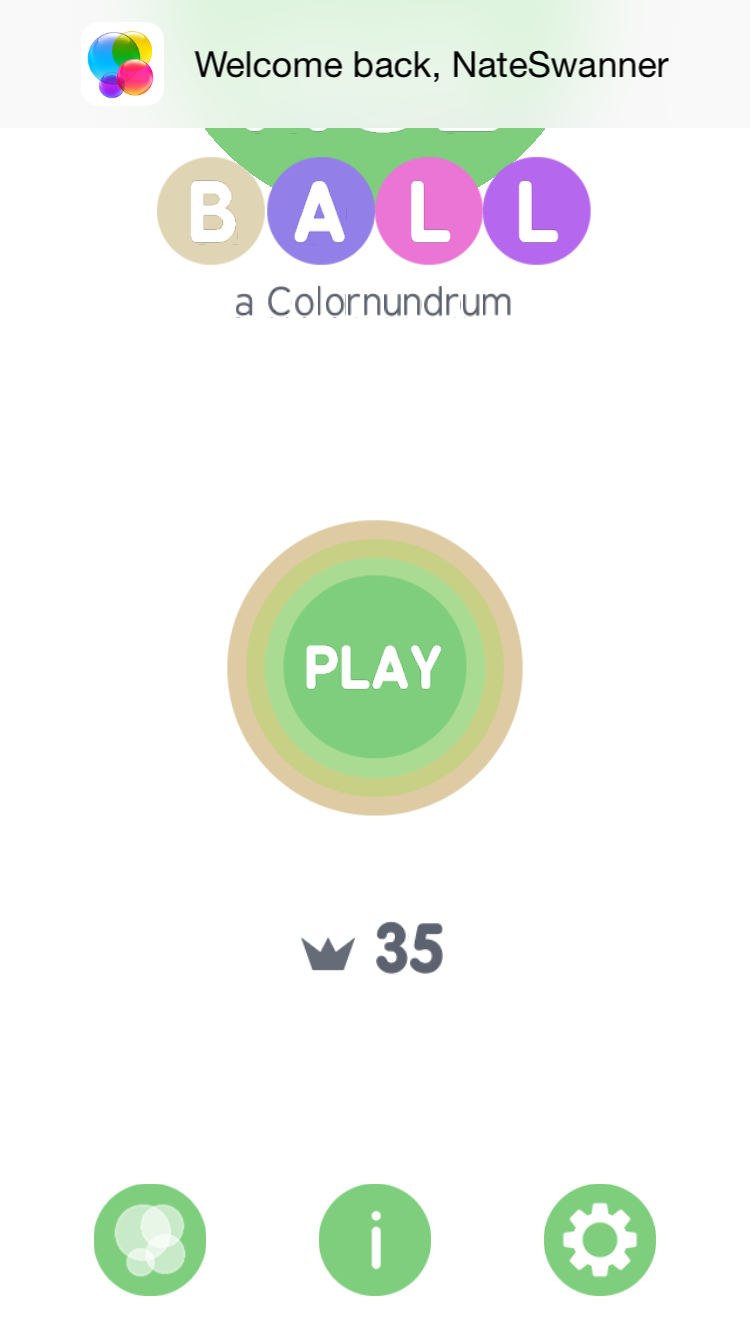 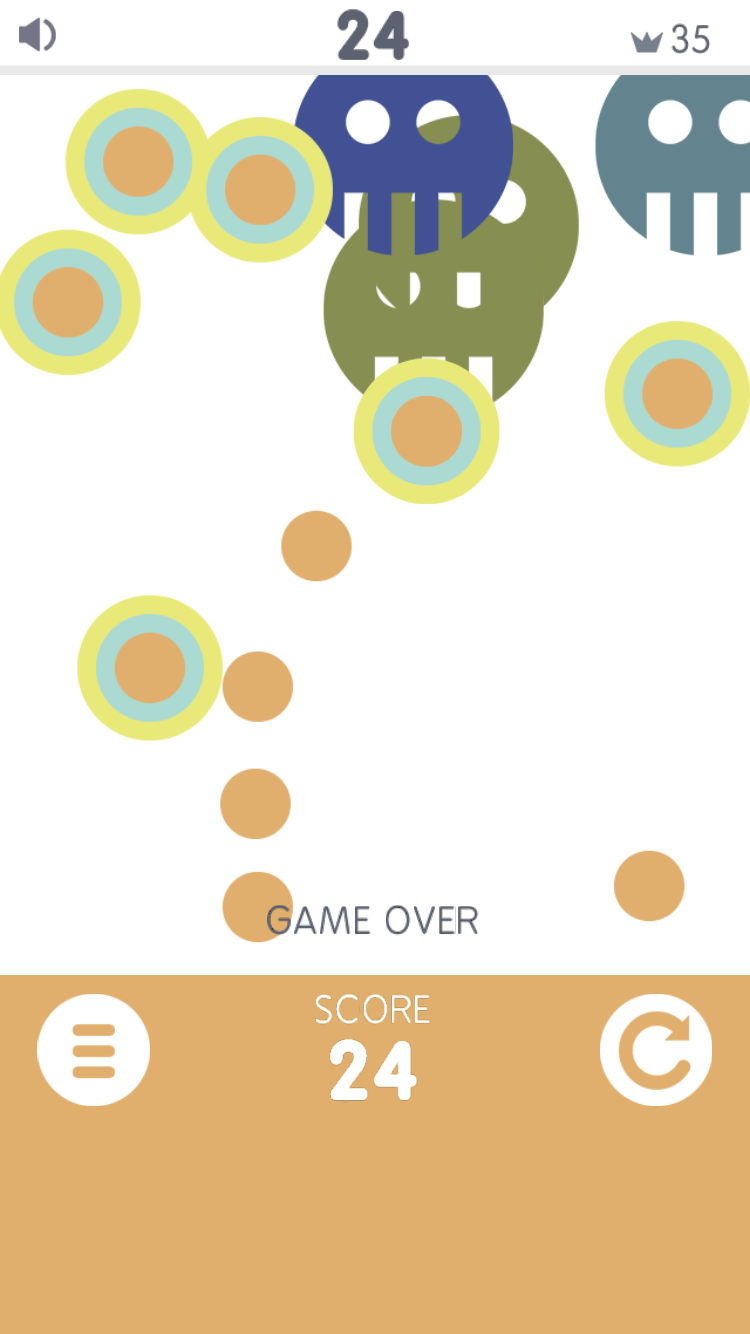 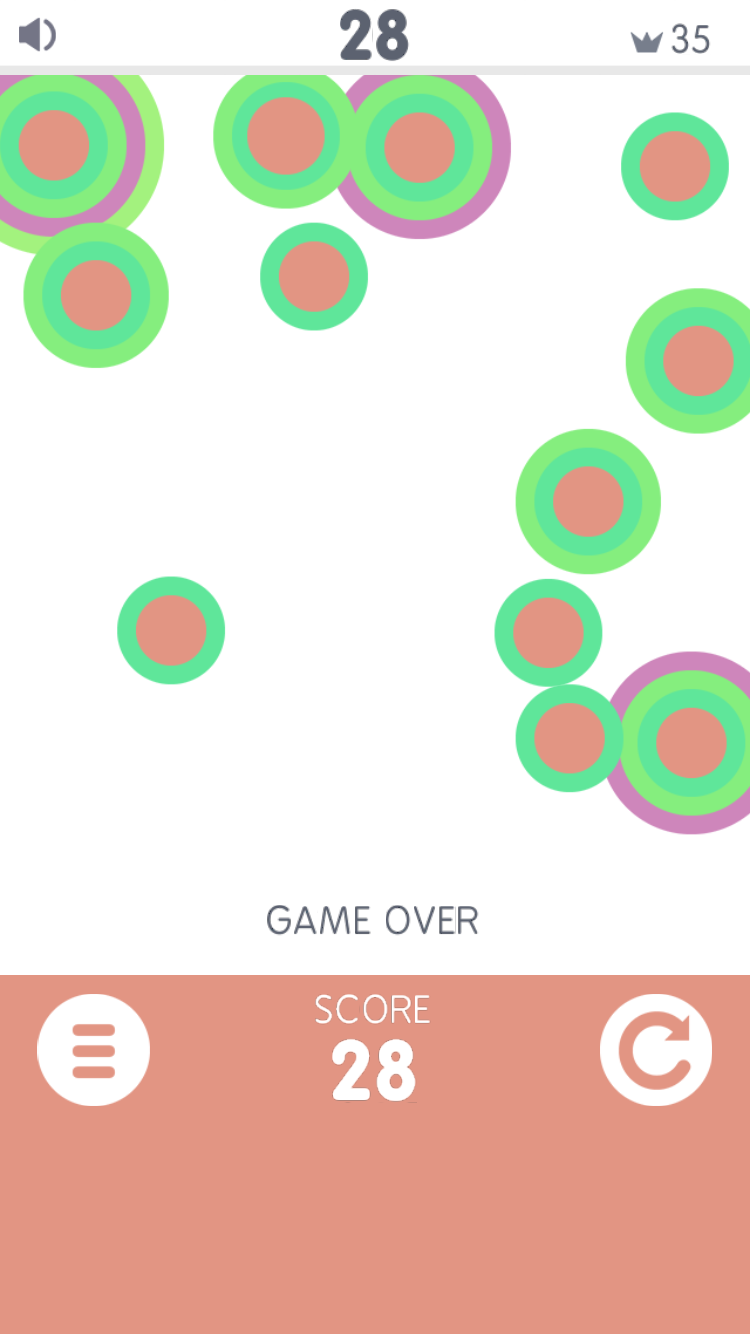 Over the course of play, you’ll end up with plenty of layered balls on the field. Bouncing a ball from your cannon off multiple ones is the smart move, unless it ricochets back at you. Any ball crossing the bottom line is a knock against your heart meter, which is the only thing that can end the game.

As balls cross the bottom line, your heart meter takes a hit. Hue Ball is an endless game unless you just run out of life.

You can gain extra health and points with crafty play (lots of ricochets help), so it’s not a zero sum game from the get-go. The real challenge comes with the ever-moving cannon and timer; you don’t get to aim the cannon, it just swivels back and forth. Often times, that creates anxiety as you see the timer ticking down.

I loathe Flappy Bird (seriously, I hate that game) because of its sloppy gameplay. Hue Ball creates the same kind of anxiety, but the play is really smooth and you’re forced to think quickly.

Free to play, Hue Ball has an in-app purchase for removing ads. The ads only pop up when you’ve exhausted your life and the game is over. That’s smart monetization, and a really good way to expose people to a fun little game for the iPhone without beating the advertising drum.

The only problem with Hue Ball is that I can’t stop playing, and I’ve got work to do.

Read next: Google reportedly acquires startup Agawi so users can stream apps ahead of purchase