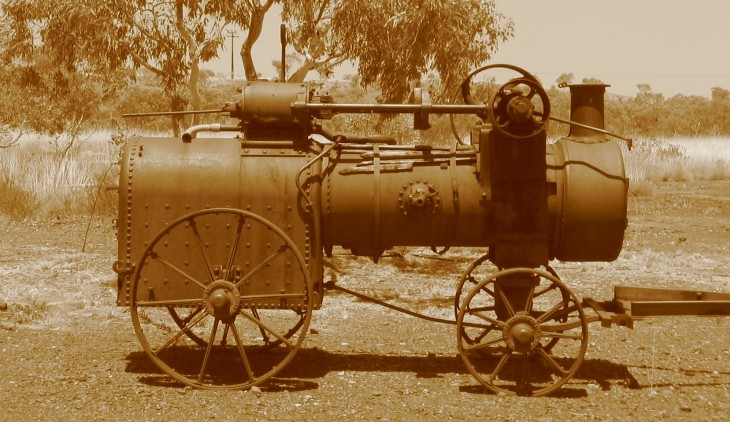 If you have a penchant for traveling the world armed with little more than a passport and a smartphone, 2012 saw a slew of handy apps that could help you in your endeavors.

Indeed, The Next Web covered thousands of apps throughout this year, from nifty new browser extensions, to the latest game-changing Android and iOS apps, so we sifted through the archives and pulled out some of best travel apps of 2012…just for you.

Fuel Monitor for iOS shows drivers exactly how much their trip is costing in real-time.

You input the manufacturer, model and year of your car. You’ll also need to include your preferred currency and units of measurement (kilometers, miles, gallons, liters etc), as well as the fuel price.

All you then need to do is hit the giant ‘Start’ button in the ‘Monitor’ section when you get in your car, followed by the ‘Stop’ button whenever your journey has come to an end. Thanks to the wonders of GPS, the app figures out how much your 2-mile supermarket trip cost you, not to mention your 400-mile round-trip to see your parents.

Fuel Monitor was one of my favorite apps this year and is definitely worth checking out.

As with many apps, Airbnb took its jolly old time to shuffle beyond its iOS confines, but the private accommodation booking service finally landed on Android back in January.

A really fantastic app, and one that can only add to the San Francisco-based startup’s ‘disruptive’ credentials. Just don’t be too surprised if Airbnb is subjected to the same taxes as hotels in the not-too-distant future.

The premise behind Tripomatic for iOS is pretty simple – you enter your destination, how long you plan to stay for and the app plots out attractions and things to do on a map.

It can then be printed out, saved as a PDF or shared with friends on Facebook and Twitter. The app was redesigned from the ground up later in the year, with the inclusion of offline map support, and it’s well worth checking out.

SeatID helps you avoid the crying baby and the smelly hippy on flights.

This neat Web app does social seating as a SaaS service for airlines and travel websites, giving individuals the ability to see who else is on the chosen flight. More than that, it also lets people see who will be on other flights before purchasing a ticket.

Drive is a companion iOS app for drivers, designed to make using your iPhone on the road a much easier and safer endeavor. It’s built around four main features: Calls, texts, music and maps.

The Tube Star Android app presents travel updates – with a human touch – for the London Underground.

Getting a real sense of how it feels to be travelling on the Tube takes a bit more crowd interaction and this is where Tube Star comes into its own.

The app pulls in tweets from other users who can report on what is happening around them. Trains running through the London Underground can be hot, smelly, empty, entertaining and have funny drivers who brighten a journey with a joke here and there, but this doesn’t show up on a regular TfL update.

Triplist lets you plan and create lists for trips that you’re about to make.

This iOS app is essentially a “packing and to-do” list organizer for those who get away a lot. Our initial tinkerings revealed a very neat, easy-to-use app that lets you compile lists of trips you’re planning, ensuring you remember to pack everything.

We first covered HotelTonight way back in early 2011, when it launched initially for iPhones, followed by Android. Then its brand new iPad app was unveiled in March this year.

HotelTonight is very much aimed at the last-minute market, letting you book same-day hotel rooms starting at 12pm on the day for up to 70% less in more than 65 cities across North America and Europe. Oh, and the company curates the hotels itself before including them on its platform, so this isn’t like another TripAdvisor.

Tripl began as a way for people to share their future travel plans with others. But it pivoted to focus solely on sharing what you do while you’re away.

Once you sign up through Facebook, optionally adding Twitter, Foursquare and Tripit, the service will automatically detect when you and your friends are traveling away from home and create personalized infographics of their journey. Your friends don’t even need to be Tripl users – as long as you’re connected with them on Facebook, the data will be automatically collected thanks to geo-tagged data and assembled automatically.

It started off as a Web app, before landing on iOS devices a month later.

It offers a pretty rich stream of local information plotted on a map, so you can see exactly where the nearest car parks, ATMs, supermarkets – and everything in between – are.

If Uber parked your car, it would probably look a little something like Flash Valet.

Flash Valet’s an app that lives on your iPhone. When you pull up to a valet stand that uses the service, you simply drop off your car, get your ticket and walk away. But on that ticket is a small set of instructions. Those instructions, and what they allow you to do, is what changes how the valet experience works.

Want to get your car delivered at a specific time? Send a text message. Your car’s ready to go? You’ll get a text message in reply. Not carrying cash? You can pay directly inside the app with any major credit card, or via your PayPal account.

After the debacle that was Apple Maps, Google Maps for iOS finally arrived on the scene to save Apple’s bacon, a sweet app that includes voice, turn-by-turn directions, StreetView and a developer SDK.

What more can we say…it’s Google Maps. For iOS.

Business traveler Matthew Daimler launched SeatGuru more than a decade ago, having become frustrated at the vast differences between seating arrangements across airlines. His main purpose? To collect this data and share it with other fussy travelers.

The result was a single, color-coded interactive airplane seating chart. Green is a ‘good’ seat, red is a ‘not-so-good’ seat, and yellow is a ‘avoid-at-all-costs ‘seat.

In the ten years since launch, SeatGuru has expanded to cover more than 700 aircraft seatmaps across almost 100 airlines. Oh, and in 2007, SeatGuru was acquired by TripAdvisor.

With the launch of its first iOS app in March, followed by Android five months later, SeatGuru is now well-and-truly in the modern digital age.

Read next: A chat with image-tagging startup Thinglink: "2012 was about social, 2013 will be about mobile"