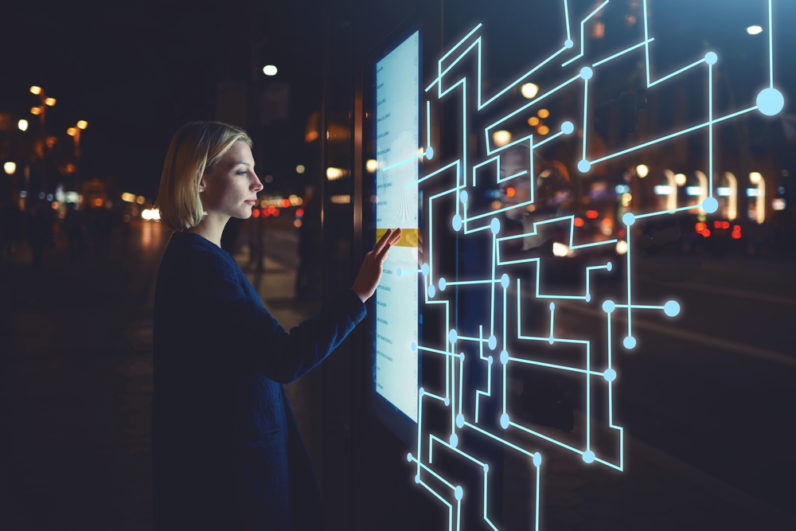 As the end of the year looms over the horizon, it’s time to take a look forward and mull over the next big thing in technology.

Like any year before, 2017 will bring its own problems and solutions, shaping up both the way we use and think about technology.

So without further ado, take a dive into the future and check out some of the most exciting tech trends to look forward to in 2017.

With forecasts predicting its growth into a $30 billion market as early as 2020, much has been said about the bright future of virtual reality.

Although the technology remained on the verge of mainstream culture throughout most of 2015, things finally started to pick up over the last 12 months – and it seems this time around VR might legitimately reach the masses next year.

VR has come a long way since Google thrusted it closer to popular culture with the release of Cardboard back in 2014 – both in terms of performance and availability. In a window of one year, a number of leading manufacturers launched their own headsets, steadily pushing the technology to mainstream adoption.

While Facebook-owned Oculus kicked off the relay with the release of Oculus Rift in late March, HTC quickly followed up with the launch of its Vive headset in April. In August, Samsung dropped the revamped Gear VR headset alongside the now-discontinued Galaxy Note 7, keeping the momentum going until Sony delivered its long-awaited PlayStation VR companion in October. Closing the cycle, in November Google unveiled its pimped up Cardboard successor Daydream View.

In addition to this, Microsoft, Nintendo and Qualcomm have also expressed ambition to pursue developing hardware for VR, but details and timelines remain hazy.

One of the more pressing concerns with the wider appropriation of VR has always been the scarcity of content and experiences, but with Google, Oculus and Valve opening their own dedicated VR marketplaces this barely presents a hurdle anymore.

Another development to factor in is the recent announcement of the Global Virtual Reality Association which will unite the biggest names on the tech scene – including Google, Oculus, HTC, Sony, Samsung and Acer – to make better content for VR.

With the sheer volume of headset manufacturers and content creators, it’s hardly surprising VR is finally starting to garner the attention of consumers and mainstream media – and you can bet this trend will grow even further over the next year.

Meanwhile, augmented reality is also making progress – and the staggering success of Pokémon Go proves the technology has immense potential to influence consumers in engaging and meaningful ways.

In line with business analysts, Apple CEO Tim Cook has consistently voiced out his belief AR has the potential to be bigger than VR and it seems the iPhone-maker is hellbent on getting a piece of the action.

Back in 2015, Cupertino acquired augmented reality developer Metaio, but while the company has since kept quiet about its AR initiatives, numerous reports began surfacing on the Web over the last year.

Earlier in November, Apple was rumored to be working on their own AR glasses in the style of Google Glass. Around the same time, news outlets further speculated the company is prepping an iOS update that will brush up the iPhone 7 with boosted camera capabilities and also introduce a heap of augmented reality features.

Though we’ll have to wait a little longer to see how this pans out, one thing is for sure – you can expect to see a whole lot more AR in 2017.

While it would’ve been a terrifying sight a few years back, chances are we’ll be noticing vehicles without drivers more often next year.

As technology continues to evolve, industry titans are gradually venturing into building autonomous vehicles. In fact, the competition in the self-driving market is heating up at exponential rates – and the good results aren’t falling behind.

Since initially introducing its ‘Autopilot‘ feature back in 2015, Tesla has been steadily touching up the autonomous capabilities of its vehicles, demonstrating the vast potential self-driving technologies hold for the future. In fact, CEO Elon Musk has said the car-maker has plans to cram even more self-driving hardware into its future models in hopes of facilitating entirely hands-free rides.

Tesla isn’t the only company experimenting with this technology though.

Google has been running trials with its own autonomous cars in Mountain View, Austin, Kirkland and Phoenix, and while some driving sessions have been less successful than others, its vehicles have clocked over two million miles in the meantime.

Uber is also in on the action. The ride-sharing giant recently acquired self-driving hardware developer Otto and has since successfully put its first fleet of self-driving trucks on the road; and although it wasn’t the first one to do it, the company also ran some real world self-driving tests with its cabs in Pittsburgh.

In addition to this, Apple and BMW are also said to be planning their first forays into self-driving technologies in the near future, but latest reports suggest the Big A might wait a few more years before going all-in with building its own vehicles.

On another front, researchers have also been pushing the envelope, developing new robust systems and algorithms for real-time object detection which could potentially make self-driving vehicles even safer and more reliable. This ought to also help eliminate mishaps like this one and that one.

In midst of all these autonomous cars driving around, another thing to look forward are drone deliveries.

Once a viral publicity stunt, drone delivery might finally be a thing in 2017. Google, Amazon and Domino’s have all been messing around with the technology over the last year, conducting a series of field tests in various locations including the US, the UK and New Zealand. Meanwhile, UPS and Walmart have also been gearing up to begin delivering packets over the air for some time now.

Still, it remains to be seen which company manages to take the technology to large scale. In any case: Having drones drop your pizza from the heavens no longer seems like such an outlandish idea.

Perhaps slightly less exciting, our homes might get much more functional and interactive next year.

Following the less than anticipated success of the Amazon Echo, earlier this year Google unveiled its own Google Home smart speaker to rival the e-commerce giant. Recent rumors further suggest Apple and Samsung might be considering

Taking into account Amazon and Google both leverage their respective Assistant and Alexa artificial intelligence systems to power the smart speakers, the speculation doesn’t seem that far off.

Apple recently opened up Siri to third-party apps and the next logical step would be to integrate it into other devices. Samsung has also been developing its own voice-assistant service with plans to integrate it into future home appliances and wearable devices. So get ready for some frustrating conversations with your home.

One last thing: We’ll probably have to wait a few more years before the wireless evolution, but you can also expect to see a lot less wire next year. In light of Apple axing the headphone jack on the iPhone 7, Samsung is also expected to ditch the standard audio port on the Galaxy S8, slated to arrive early next year.

This should give headphone manufacturers a little more incetive to put the new Bluetooth 5 to good use.

What do you think will be the leading tech trends in 2017? Spur up the discussion and share your opinion down in the comments.

Read next: The cool factor of proper dialogues... with robots