This article was published on September 22, 2016

Headphone jack died unexpectedly on September 7, 2016 in San Francisco, California when Apple pronounced it dead. Headphone jack is survived by its relatives, Lightning jack and Bluetooth.

While some people are ready to say goodbye to you, I am not.

You were my favorite port – loyal, trustworthy and ultimately reliable. Everything worked with you, from my Apple Earpods to my crappy over-ear headphones – and you survived for hundreds of years.

Just had my first moment where lightning headphones powered off after five minutes. Audio routed to phone speaker. This is not good.

Nobody could make me pay license fees or try to own you, that was the best part. Music could play freely and app developers could do whatever they pleased.

The best part about your long life was that you created new, unexpected businesses from nothing, because you were free for anyone to use. Square based its company entirely on using the headphone jack to process payments. Canary used you to securely set up its cameras. Lumu created a light meter that plugged into you.

I just went to go charge my phone and had to take my headphones out…why did I get an iPhone 7? pic.twitter.com/dhw7Wwpypp

It’s not that I’m not in favor of new technology, it’s more that nobody knows how to replace you or even why we’re really doing it. 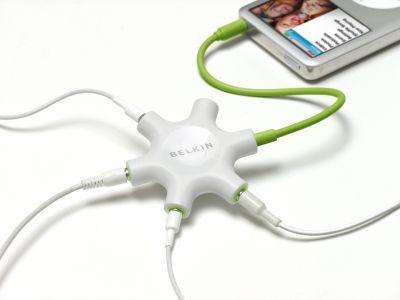 Lightning jacks are fine, as long as you buy Apple products; but everyone else is using USB-C. Laptops use something else altogether. We’re in an awkward moment where nothing really works.

Either way, anyone wanting to build an application can no longer do it for free – and now you’ve got to choose charging your phone or listening to music.

Most of all, I’ll miss the days of sharing.

Plugging in two pairs of headphones on the train was a magical thing, especially when it was with someone you liked. If you wanted to get crazy and split with six people, you could, nobody would stop you.

Technology’s progress is relentless, and I know that you were bound to be replaced eventually. I’ve heard all the arguments in favor of your replacements, and still don’t really think it was time.

The iPhone 7 is only the beginning, with many Android phones and laptops expected to say goodbye to you soon, too, since they all see how much money there is to be made.

"The next few years are going to be frustrating," he lamented while holding his lightning headphones but needing to plug into his laptop.

If there were something better perhaps it’d be easier to say goodbye, but since it’s so obvious you’ve been killed only so that others can benefit it hurts a lot more. For now, I’ll be holding onto my memories of you – and my iPhone 6s – until everything’s ironed out.

It’s time to say goodbye – even though it’s hard, the damage is done. We had a great run together, headphone jack, and I’ll mourn you every time I forget I’ve got headphones that I can’t plug into my computer.