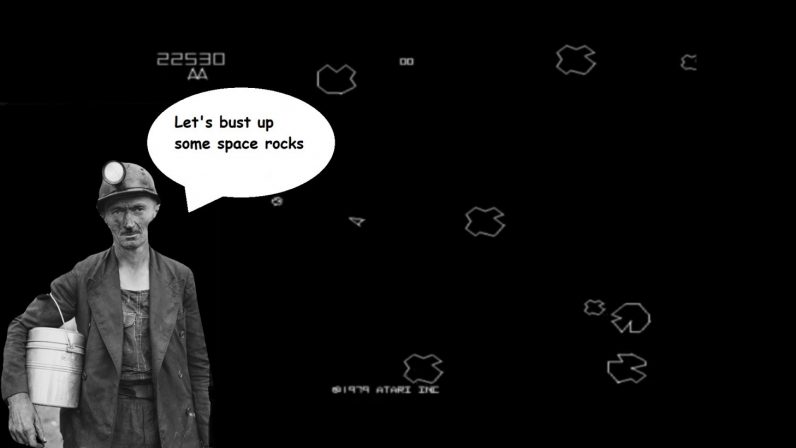 The Colorado School of Mines last week began its inaugural classes in the world’s first advanced degree program in “Space Resources.” If you’re interested in busting rocks in space for fun and profit, this is the school for you.

There aren’t any actual mining facilities in space yet, but don’t let that stop you from getting a jump on the industry. According to some experts, we’re less than a decade away from a global rush on asteroids. And the companies set on profiting from resource extraction in space will, presumably, need educated workers to head things up.

What does one learn at a school for doing something that hasn’t been done yet? Hopefully some financial planning (along with all the science and math stuff an asteroid miner will need). Neil deGrasse Tyson famously said “The first trillionaire there will ever be is the person who exploits the natural resources on asteroids.”

According to a report from Digital Trends, Dr. Angel Abbud-Madrid, director of the Center for Space Resources at Colorado School of Mines, said:

Space Resources is an area that includes identifying the resources there are in space, and working out how to collect, extract and utilize them.

Maybe it’s not such a big deal. How much valuable stuff could there possibly be floating around within our reach in space?

TNW’s Vishwam Sankaran reported that even Goldman Sachs was interested in asteroid-mining due to what scientists (and, apparently, financial experts) believe to be a near-infinite supply of resources in space that are – or are likely to become – scarce here on Earth.

That explains why NASA has dollar signs in its eyes too. It’s ear-marked an asteroid for future research, called 16 Psyche, that’s worth more than Earth. It’s estimated that the giant rock is worth more than 10,000 quadrillion dollars. Compare that to the global economy of our planet – about $80 trillion, says the CIA – and you can see why space mining isn’t science fiction anymore, but the next big industry.

There’s gold (and platinum, iron, and nickel) in them thar hills. You may be able to stake your claim by obtaining an advanced degree in Space Resources here.

Read next: How VR is more than a game