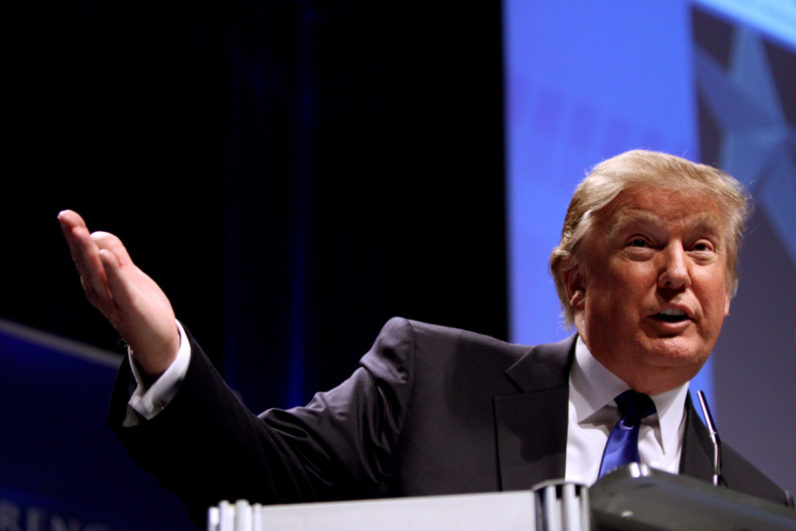 President Trump today announced to the world that the United States will join a new “Big Three” by leaving the Paris Climate Agreement. It’s “The Decision” 2017, and this time the Big Three aren’t All-Stars, nor will anyone be taking their talents to South Beach

Perennial NBA Finals Figure and 3-Time NBA Champion Lebron James announced his free agency decision in 2010, dubbing the televised event on ESPN “The Decision,” it was a far more innocent time and much less was at stake. The reasoning behind the media hype and suspense was the same as the US government’s desire to “tease the announcement” on social media: to push a brand by captivating as much of the world as possible.

Donald J. Trump and company know how to get an audience.

Should we stay or should we go?

It is easy to imagine President Donald Trump touting jobs or national security as a reason he’s pulling us out of the agreement. The “jobs rhetoric” has served him well since announcing his candidacy. It still doesn’t make sense to most of us to pull out of the agreement, but a lot of things coming out of the White House seem senseless (Covfefe, for example). There’s no real precedent for this level of unpredictability in the White House.

That’s not to say the world can’t do without The United States involved in fighting climate change, but there are some important people who feel strongly that the US should stay even if the world won’t immediately end after it’s potential departure.

The leaders at Apple, Facebook, Google, and a dozen other gigantic companies have taken out ad space in major Washington D.C. Newspapers. United, they urge Trump to consider the benefits of the Paris Climate Agreement– a Twitter image posted by Salesforce Marc Benioff shows the advertisement, which is an impassioned plea to stay in the Paris Climate Agreement using the only reasoning that Trump would be likely to respond to: It’s good for business.

There’s also the fact that Trump isn’t in the best of company now that  we’re a part of this new and terrible “Big Three.” The only other countries still not involved in the Paris Climate Agreement are Syria (emblazoned in a civil war currently) and Nicaragua (chose not to enter because the restrictions aren’t restrictive enough and superpower countries don’t carry enough of the burden, according to Reuters.

While we, as a global community, will be pondering the ramifications of “The Decision 2017” for a long time, it’s difficult to find any compelling argument for US withdrawal that doesn’t somehow correlate to a phantom negotiation strategy that only President Donald Trump knows.  Even if he’d chosen to stay, are Americans better off with an administration that boasts the predictability of an NBA superstar in the off-season?

In sports, they say “This is why we play” to mean nothing is ever a sure thing. In a democracy, perhaps “unpredictable” and “emotional” aren’t exactly what our forefathers had in mind.

While it seems that we, in the United States, have taken our talents to South Beach (figuratively and destructively), Trump has a captive worldwide audience who will hear his every impassioned word.  As much as “The Decision 2010” was about no one but Lebron James and his wishes to be a champion – “The Decision 2017” is about Donald Trump and an opportunity to speak directly to the entire world about something that every single one of us has a stake in.