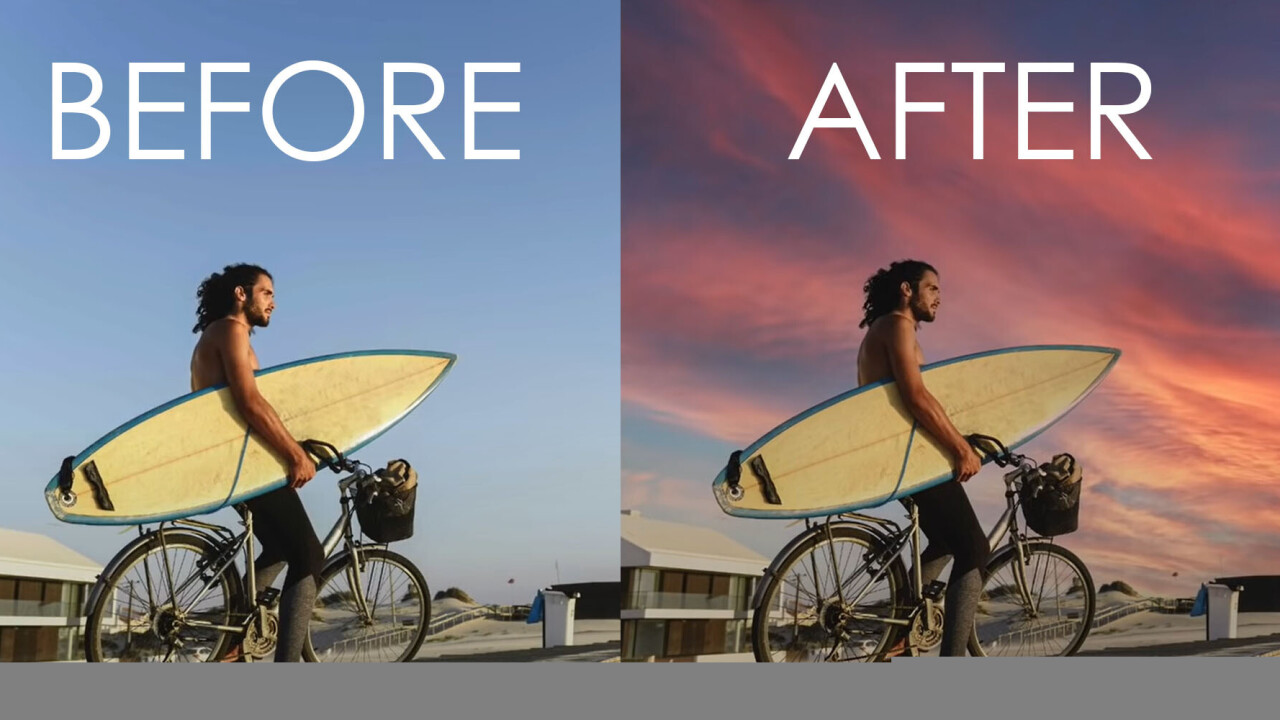 Photoshop has seriously cranked up its image-editing prowess since it began incorporating AI based tools. After making it incredibly easy to select objects last year, Photoshop is now making it just as easy to replace the entire sky in your images.

Using the Sky Replacement tool, you are offered a variety of presets to choose from. These include categories like “blue skies,” “spectacular,” and “sunsets.” You can also pick one of your own images, and Photoshop will automatically be able to separate the sky from the rest of the photo to use as a backdrop for your new image.

You can see in the video above how even the lighting in the foreground is changed slightly to match the backgrounds; you want the color temperature to match, after all.

Despite the automation, you do get a lot of control over the resultant image. You can adjust the brightness and color temperature of the sky, as well as its size. You can move around the background as you like should you want to highlight one particular element of the sky, and you can also control how much the foreground is modified to match the background.

If you’re someone who likes to endlessly tweak their images, don’t worry: Adobe says it preserves every layer that goes into creating the image, letting you alter masks, lighting, and more non-destructively.

It’s easy to see how such a tool can be useful. Aside from creating fake scenery without having to wait for golden hour, the feature can save photographers who’ve over-exposed the sky in images, a common but ungodly sin.

The company doesn’t say exactly when the feature will arrive, other than ‘soon.’ We’ll find out more come the Adobe Max conference starting October 20.