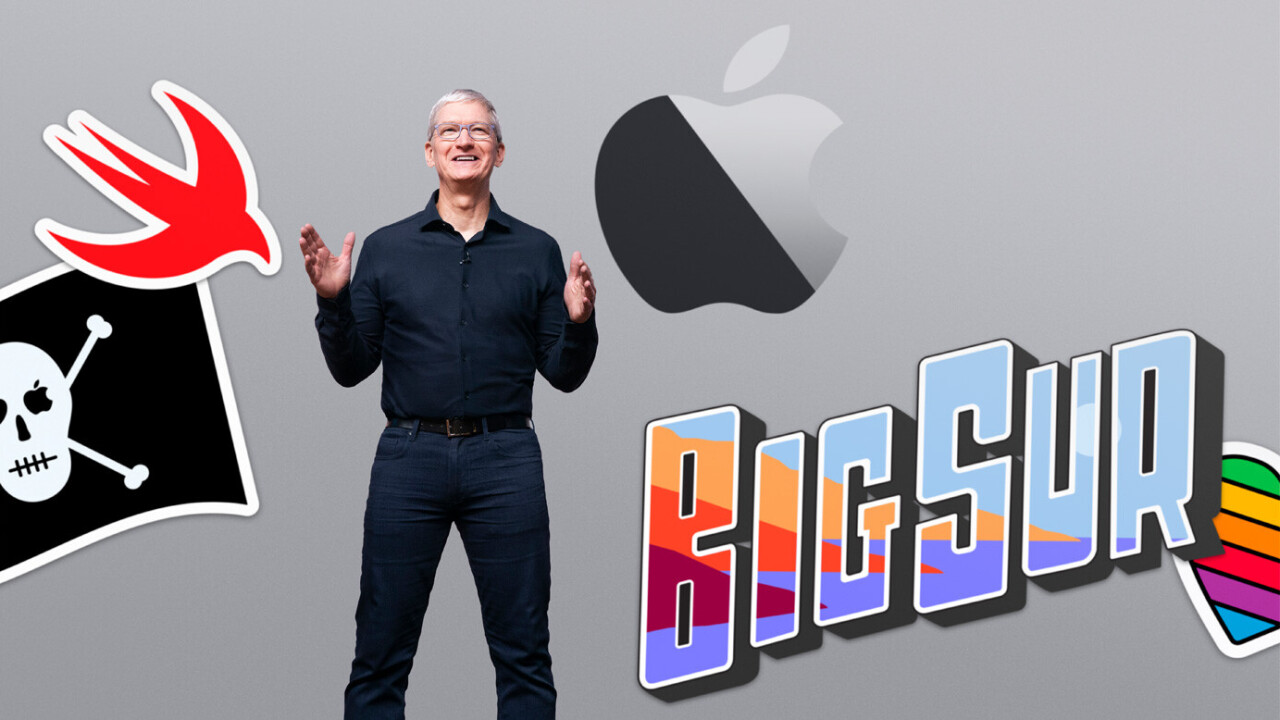 Apple’s WWDC 2020 Keynote was probably the company’s weirdest announcement event ever. Instead of a hall full of cheering developers, press, and Apple acolytes, we were shown an empty theater with Tim Cook taking centerstage.

That doesn’t mean the event was empty of news though; in fact it was jam-packed with major changes to Apple’s software ecosystem, even if there was little in the way of new hardware. Here’s some of the biggest news of the day.

Macs are switching from Intel processors to ARM-based Apple silicon

Apple has learned a lot about processors over the years since it began making its own silicon for the original iPhone so many years ago. Now, for the first time since 2006, Apple is moving away from Intel in favor of its own hardware, starting with the A12Z Bionic processor.

The company promises the change will lead to more powerful, more efficient computers in a given form factor. The iPad Pro is already more powerful than many laptops, so bringing that architecture to MacBooks and Macs could give Apple a major advantage over its PC competitors. Intel Macs aren’t going away anytime soon, but expect the first ARM-based Macs to show up by the end of the year.

The Mac Mini is finally getting a major update, but it’s only for devs. Still, for $500, developers can get started on creating software compatible with the new architecture.

Aside from the A12Z chip, the DTK includes 16GB of RAM, a 512GB SSD and a variety of I/O ports in what’s essentially a refurbished Mac Mini. Considering the first consumer Macs with Apple silicon are set to arrive this year, it’s a good thing devs are getting a head start.

With Apple’s PCs soon to share similar brains as its mobile devices, it’s only natural that its desktop OS start to look a little more like its mobile one. MacOS Big Sur is the biggest redesign of Apple’s desktop OS in years, including new icons, a transparent menu bar, and layout tweaks within apps. Apple even imported the Control Center from iOS, as well as a new Notification Center that might as well have been copied from an iPhone.

Safari gets extensions and normal tabs

As a full-time Windows user, today I learned two things about macOS’s Safari. One: it doesn’t support extensions. And two: its tabs don’t resize to squeeze into your window. That’s changing today, bringing Safari to parity with, you know, every other browser on earth.

To be fair, Safari does differentiate itself by allowing users to choose which sites extensions run on, so that’s something. The browser also now shows favicons by default (again, just now??), adds several privacy features, and lets you customize your home page.

One of iOS’ biggest disadvantages against Android has long been its rudimentary home screen. Since basically the original iPhone users have been limited to several pages of apps without much rhyme or reason to how users can organize them. iOS 14 changes that in a big way with the new App Library.

The App Library automatically sorts apps into different categories like Recently Added, Social, Entertainment, and Apple Arcade. Meanwhile, you can now place widgets among your home screen apps, as well as hide app pages entirely. A new ‘Smart Stack’ widget even automatically switches between widgets throughout your day, such as delivering the news or weather in the morning and then your physical activity later in the day.

Other new features in iOS 14 include pinned conversations in Messages, App Clips that let you preview an app for specific tasks without downloading the full thing, and cycling directions in Maps

Google has often shown off its Translation technology at Android events, and now Apple is doing the same with a new Translate app for iOS. The app directly integrates with Siri, allowing you to ask the assistant to help you speak any of 11 languages to start. It can even detect which language is being spoken automatically.

Today Apple announced picture-in-picture video is finally coming to iOS. To be fair, it’s been on iPad since last year, but it’s nice to see it make its way over to the smaller devices.

You can change your default browser on iPhone and iPad

At this point, this roundup is starting to feel like a list of things Apple just figured out years after Google, but yes, you can finally change your default browser on iPhone and iPad with iOS and iPadOS 14. You can change your default email app too.

The AirPods Pro get surround sound

Apple announced it was giving the AirPods Pro spatial audio, introducing the ability to listen to surround sound and Dolby Atmos via a pair of earbuds. Better yet, the technology even responds to your head movements for a more immersive experience.

Apple also announced it would now allow AirPods to transition easily between your devices, letting you resume audio playback on your iPad, iPhone, or Mac without having to manually switch among devices.

For more on how spatial audio works, check out our post here.

The Apple Watch gets a handwashing timer

We live in the age of coronavirus, so Apple wants you to wash your hands properly. The Apple Watch can now automatically detect when you start washing your hands and begin a 20-second timer to make sure you rid germs in all the nooks and crannies.

Other updates include sleep tracking and the ability to share watchfaces.

Basically, you can now check out when the UPS guy arrives at your front door while watching your Apple TV. Hooray!

iPadOS 14 is a major update. Aside from bringing the same UI updates as iOS 14, it adds a few changes to take advantage of the additional real estate. iPad apps now support extensive sidebars, for example, allowing you to better organize content within them, and better approximating the desktop experience.

Both search and phone calls now take up much less space on your screen, improving the iPad‘s status as a multi-tasking device.

Scribble on iPad could be an accessibility gamechanger

Scribble was first introduced on the Apple Watch to make it easy to convert handwriting to text. Now that feature is expanding dramatically on iPad, allowing you not just perform the aforementioned handwriting recognition in any text field, but also automatically converting squiggles into more formal shapes. As my colleague Tristan wrote, it could be an accessibility game-changer.

The whole event is already up on YouTube, so you can watch the whole hour-and-fifty-minutes shebang below: