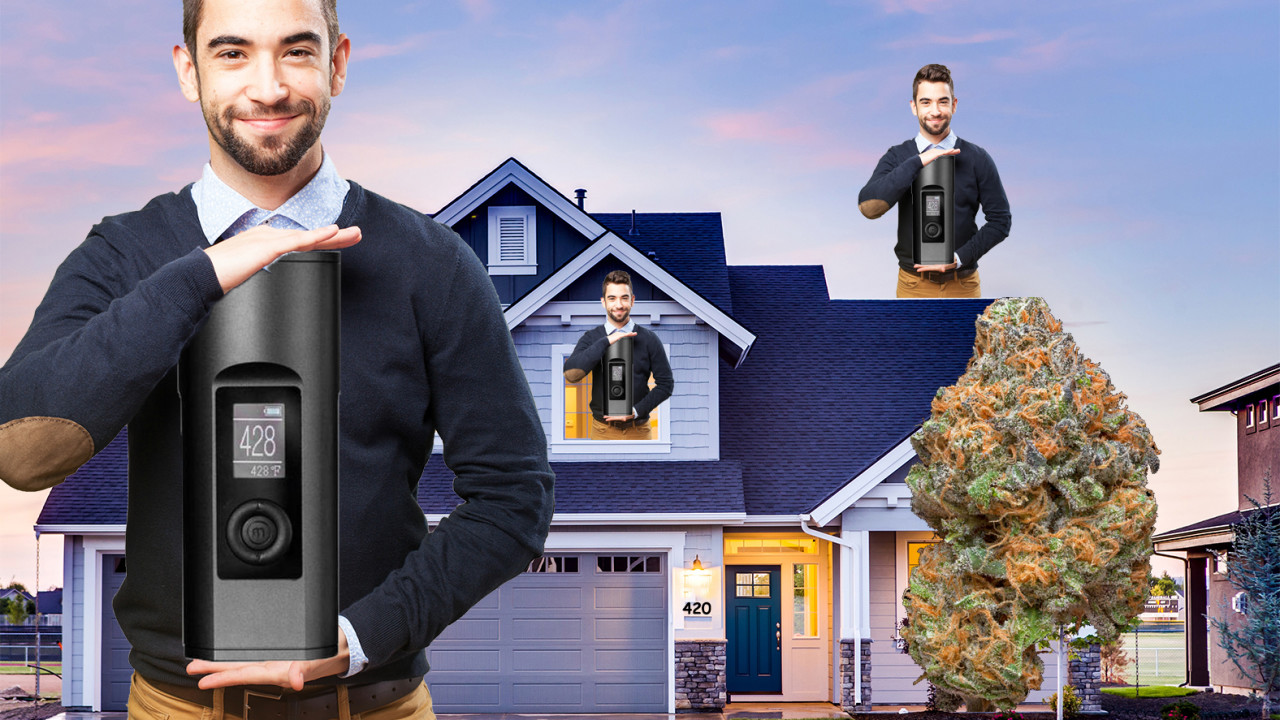 Now that weed tech has boomed into a billion-dollar industry, vaporizers are swiftly gaining traction – and the Arizer Solo 2 is one of the most popular alternatives in this fledgling market.

For those unfamiliar, the device is the second iteration to Arizer’s Solo series of portable vaporizers. The Solo 2 comes with a number of improvements over its predecessor, including a bigger battery and an OLED display, which indicates the temperature at which you’re vaping.

Compared to slick-looking competitors like the Pax 3 and the Davinci IQ, the Solo 2 sports a much more modest design. To put it otherwise: it feels it was more influenced by the ruggedness of CAT, than the elegance of Apple.

The device has a sturdy feel to it, and weighs a little over 200 grams (7 ounces) – or a little bit more than a standard-sized smartphone. The focus is clearly on functionality, and less so on looks – not that there’s anything wrong with that.

But let’s get into what really matters: the vaping experience.

Much like the older version, vaping with the Solo 2 is still done through a detachable glass mouthpiece.

Conveniently, Arizer includes a kit of glass tubes of various lengths in the box, so you can easily choose one according to your preference.

In all fairness, vaping through a detachable glass has both its pros and cons. On the one hand, you can choose a mouthpiece that suits your style of vaping (the longer the glass piece, the more vapor it packs inside). On the other hand though, you have one extra (very fragile) piece to carry around when taking your vape out for a spin.

Once you’ve selected your glass tube of choice, you can pack up the mouthpiece with herb and start blazing.

To power on the device, you need to hold the Menu button (the big round button under the OLED display) for six seconds; six seconds is the default setting, but you can adjust the timer to four or eight seconds. It then takes about 30 seconds for the device to heat up to a point where it produces vapor.

The display will indicate when the Solo 2 is ready to use. It will also show the temperature which you’ve selected, and how much battery life you’ve got left.

The gadget supports a temperature range of 50 up to 220 degrees Celsius (122 to 428 degrees Fahrenheit for those of you used to broken metrics), which you can easily adjust with the arrow buttons lodged under and above the Menu button.

Oh, you can also choose which temperature metric you want to see (even though one is obviously better). We’ll leave that decision up to you.

But just how well does it work?

The vapor quality the Solo 2 offers is absolutely top-notch. Thanks to its hybrid heating system, it produces vapor both rich in smell and flavor; not as dense as competitors like the Pax, but certainly as enjoyable – if not more.

Unlike most vaporizers which use either a conduction or a convection approach to heating, the Solo 2 does both, sort of. Depending on where you pack your bud – the steel oven or the glass piece – the device will rely on either conduction (oven) or convection (glass).

Let me break that down for you.

When you place your greens in the metal container, the device makes use of its conduction mechanism – essentially heating up the weed by making direct contact with it. By contrast, packing pot in the glass piece means the device cooks the material indirectly – through the heat absorbed by the glass, and the hot air generated when you take tokes from the mouthpiece.

The latter approach not only bakes weed more evenly, but it also allows for more efficient consumption. It’s also worth noting its much easier to clean the glass tubes than the oven. So there’s that.

Should I cop one?

When I first got into vaping, I had one goal on my mind: ditching my bad habit of mixing weed with tobacco (which is actually pretty common in Amsterdam where I reside).

Although the Solo 2 was a good segue into my first vaping experience, I found the device too hefty to carry around; the fact I had to bring along a separate glass piece didn’t make things any easier, either. Indeed, I eventually settled for the much more pocketable Pax 3, which ultimately turned me into a vaping convert.

That said, there are still reasons to opt for the Solo 2 over the Pax 3 and other alternatives – especially if you value vapor quality over anything else, or tend to do most of your blazing at home.

For starters, the Solo 2 produces more mellow, flavorsome vapor than any other alternative I’ve toyed around with; this is important as it leads to a better high. The detachable mouthpieces also make the gadget enviously easy to clean and maintain – something anyone who’s used oven-based vaporizers will attest to.

Yes, the device is too cumbersome to take outside your house (or basement), but there are many advantages to its bulky form factor, battery life being one of them. Indeed, the Solo 2 lasts an incredible amount of time on a single charge; the battery performance is so impressive, sometimes I’d forget it even needs charging.

And in the rare event you run out of juice during a vaping session, you can always plug and blaze, since the Solo 2 supports using while charging.

Another advantage of having a bigger body is that you’ll never need to rely on additional apps to fine-tune the vaping temperature or make use of the device’s full suite of features. All functions are directly accessible via the physical buttons and the display. Take that, Pax owners.

Who’s the Arizer Solo 2 for?

Anyone who isn’t too keen on outdoors vaping – or at least, doesn’t mind wearing a vape holster (Arizer includes one in the box).

Really though, the Arizer Solo 2 is an excellent choice for any cannaisseur who prefers to blillax (like chillax, but with blazing) at home.

Have fun blillaxing, yo! (On second thought, maybe don’t use that word – it sounds truly awful)