Imagine if someone extracted and condensed the sheer rugged bad-assery of 24’s Jack Bauer, and put it into a phone. Two phones, actually.

Over the past couple of months, I’ve had the opportunity to play around with two ultra-rugged handsets: the Aermoo M1 and the Blackview 9000 Pro.

These phones are like nothing you’ll see at your local Best Buy. For starters, they’re intended for a more niche audience of adventurers, construction workers, and anyone who spends time in the great outdoors.

And when I say ultra-rugged, I mean it. They’re designed from the outset to be rough-and-tough. That means they’re extremely solidly-built, and are encased in thick layers of metal, polycarbonate, and rubber. This protection is easily enough to survive a drop onto concrete or water, and both phones boast an IP68 rating.

But there’s a big aesthetic trade-off. These phones aren’t about to win any beauty competitions. They’re also much heavier than an ordinary phone. The Aermoo M1, for example, weighs nearly 300 grams. That’s roughly twice that of the iPhone 8, which weighs 148 grams.

There’s no shortage of ultra-rugged phones on the market. CAT, best known for its excavators and boots, offers a line of hardened handsets ranging from just £299 to a bank-busting £799. Similarly, there are efforts from Samsung, Sonim, and Ulephone.

Our two contenders come from little-known phone manufacturers: namely Blackview and Aermoo. These aren’t exactly brand names you’d find at your local phone store. Rather, they’re sold on sites with names like AliExpress, GearBest, and BangGood.

The most compelling of the phones I looked at is the Aermoo M1. This, weirdly enough, appears to be a cheekily rebadged version of the Doogee S60. The specifications are identical, and it looks pretty much the same. I also noticed it came with many of the apps and tweaks I’ve observed with previous Doogee phones.

The Aermoo M1 is a bit of a chunky monkey. Underneath its big and hardy chassis are some halfway decent specs. It boasts 6GB of LPDDR4x RAM, 64GB of storage, an octa-core Media Tek Helio P25 processor clocked at up to 2.5GHz, and a a Mali T880 GPU at 900MHz.

This handled pretty much everything I threw at it. Games and high-definition video looked slick on its 5.8-inch IPS screen, which is protected by Corning Gorilla Glass 5.

Battery life was solid, thanks to its 5580mAh battery. I should note, this supposedly supports wireless charging, although I didn’t actually test it, due to a lack of equipment.

It packs a 21 megapixel rear-facing camera, which uses a Sony IMX 230 sensor, and takes pretty decent shots. Nothing on par with the iPhone 8, Google Pixel 2 XL, or Huawei P20, but certainly acceptable, as demonstrated by the below photos. Backing this up is a front-facing 8 megapixel camera. 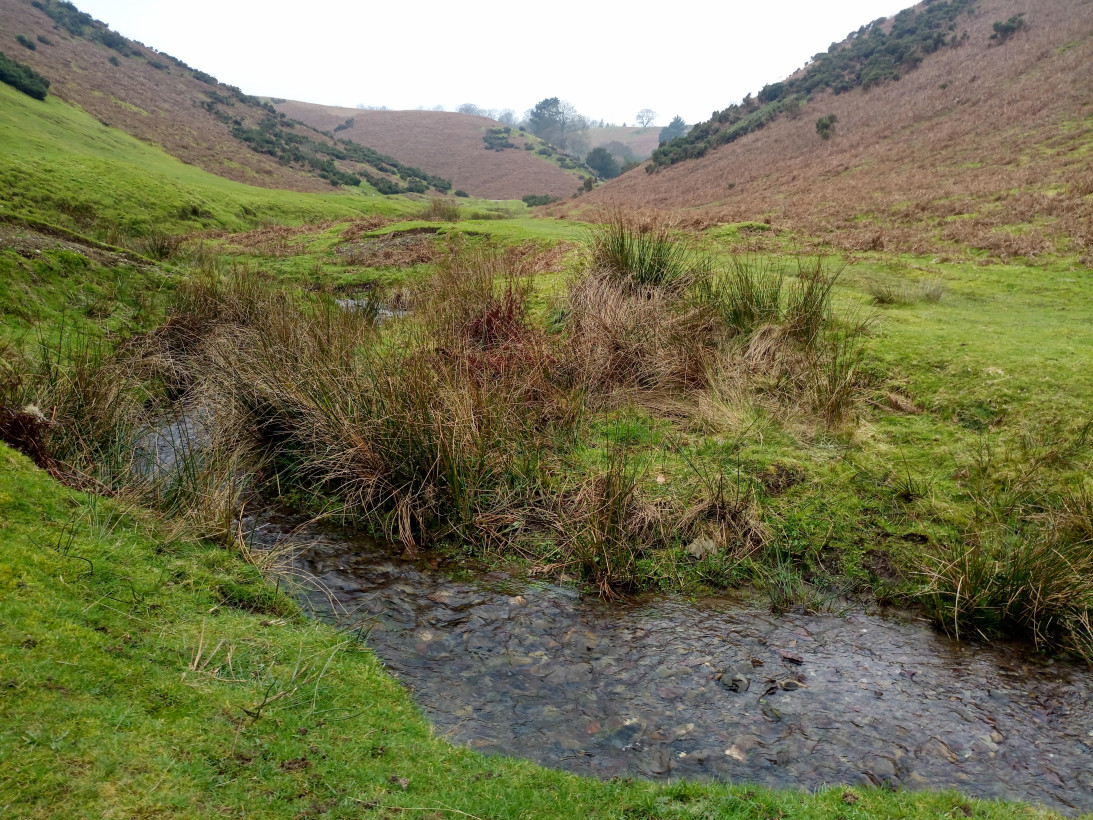 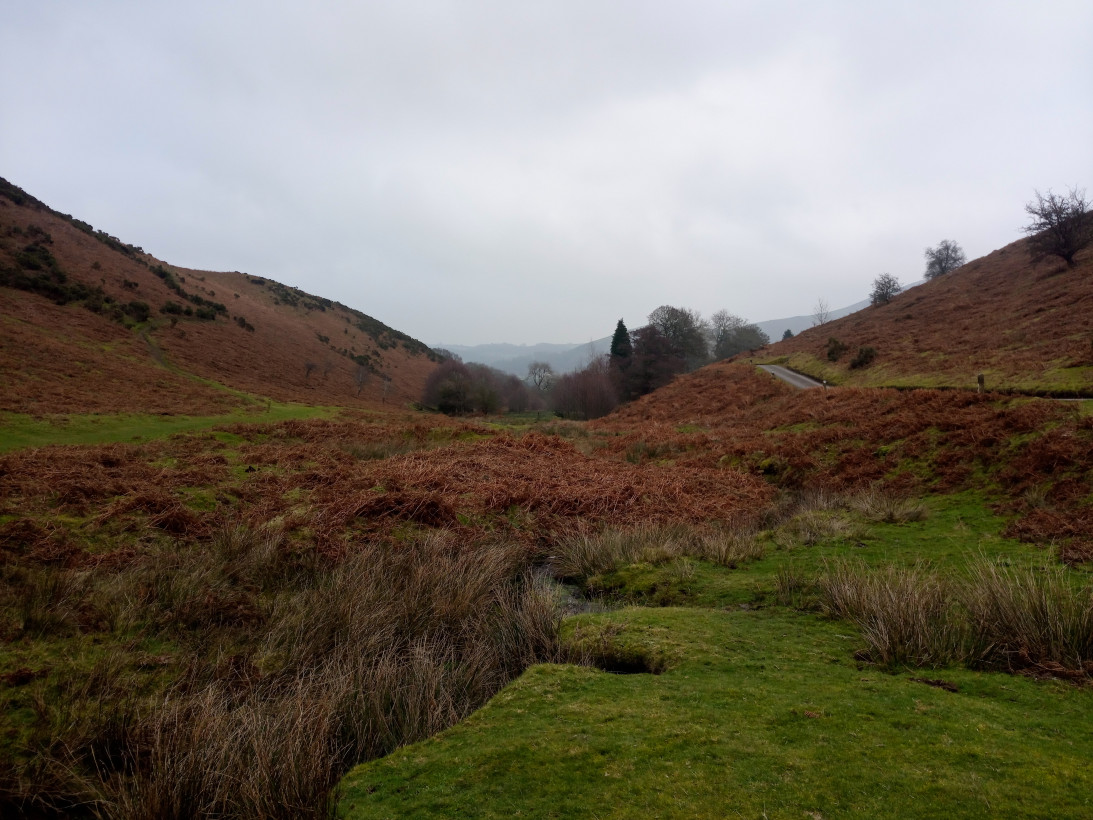 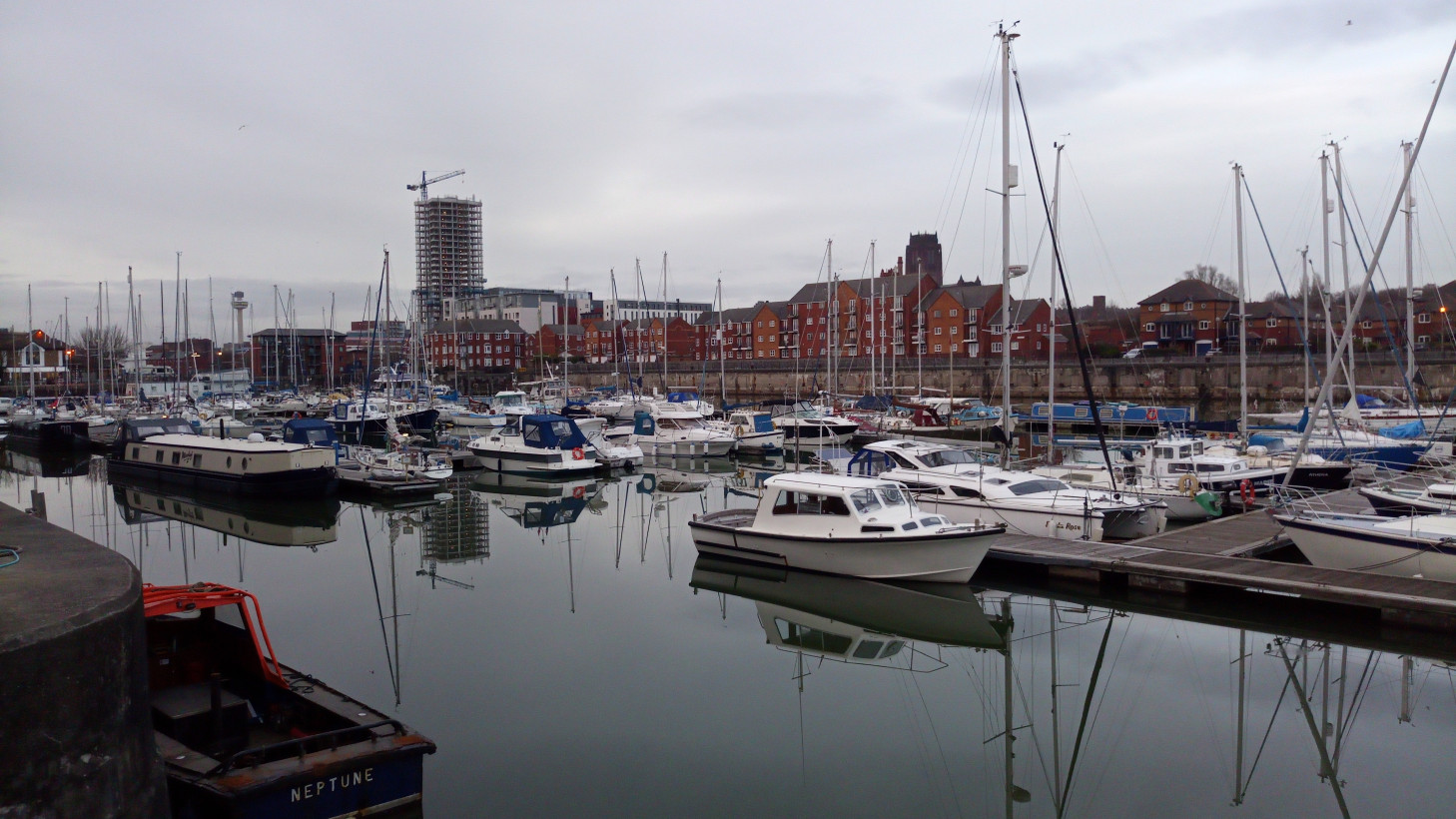 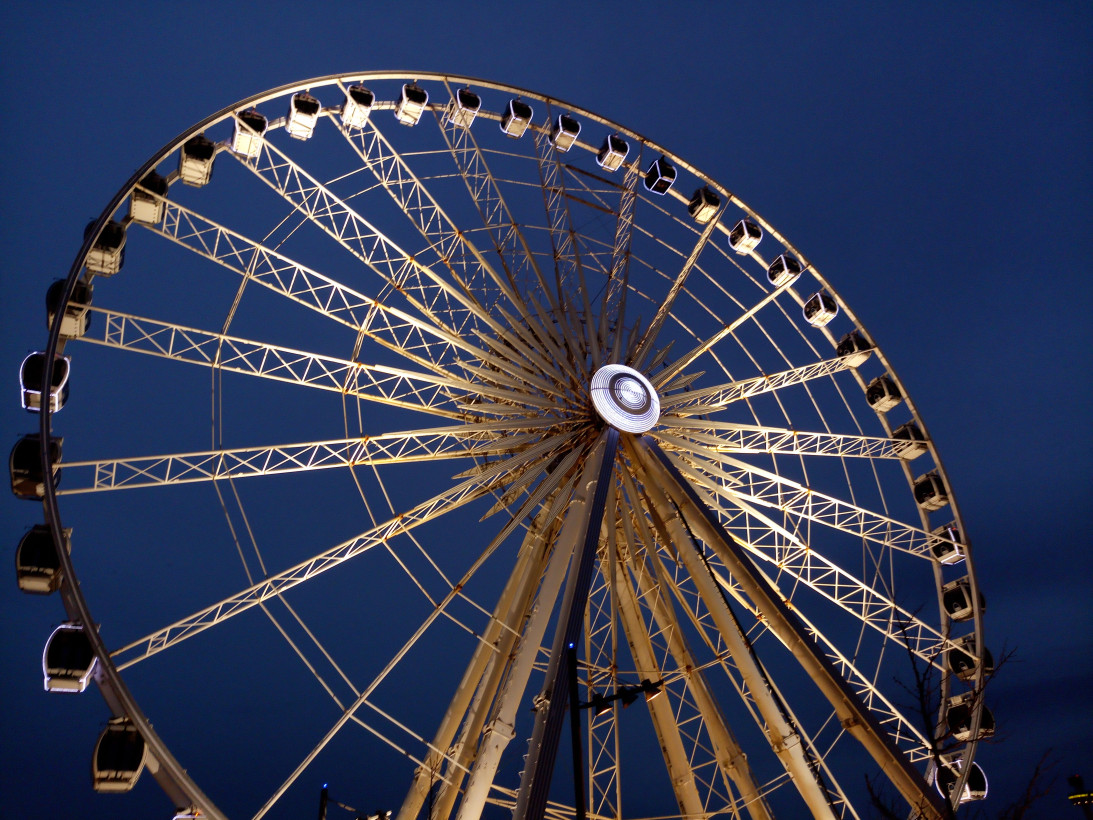 A pretty big quirk of the Aermoo M1 is that it contains additional hardware buttons. One is programmed to launch the push-to-talk (PTT) walkie-talkie app. Another calls a pre-defined emergency phone number, and sends a message containing your co-ordinates, which is handy if you end up in trouble.

The Blackview BV9000 Pro boasts similarly respectable specifications. Under the hood, there’s a 4180mAh battery, alongside 6GB of RAM, 128GB of storage, and an octo-core Mediatek Helio P25 processor clocked at 2.6GHZ. It packs a vibrant 2160 x 1080 screen, which comes encased in Gorilla Glass 5.

Although still extremely beefy, the BlackView BV9000 Pro is at least 50 grams lighter than the Aermoo, and it feels less cumbersome in the hand. It also runs a newer (albeit modified) version of Android — namely, Android 7.1.

Unlike the Aermoo M1, it lacks dedicated SOS and PTT buttons. That’s a trade-off that’s more than compensated by its dual rear-faxing cameras, at 13MP and 5MP respectively. Although camera performance in low-light conditions leaves quite a bit to be desired, and the built-in camera app is rather barebones, it’s otherwise perfectly serviceable. 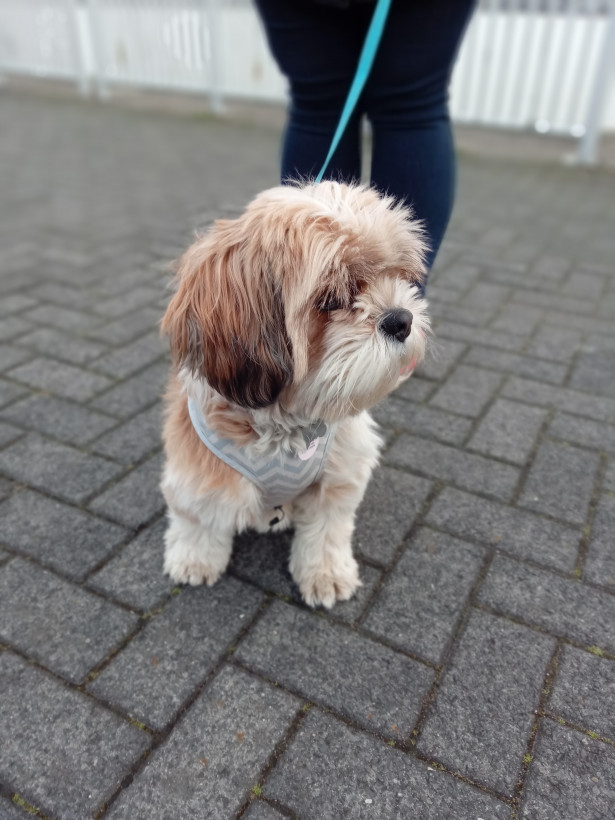 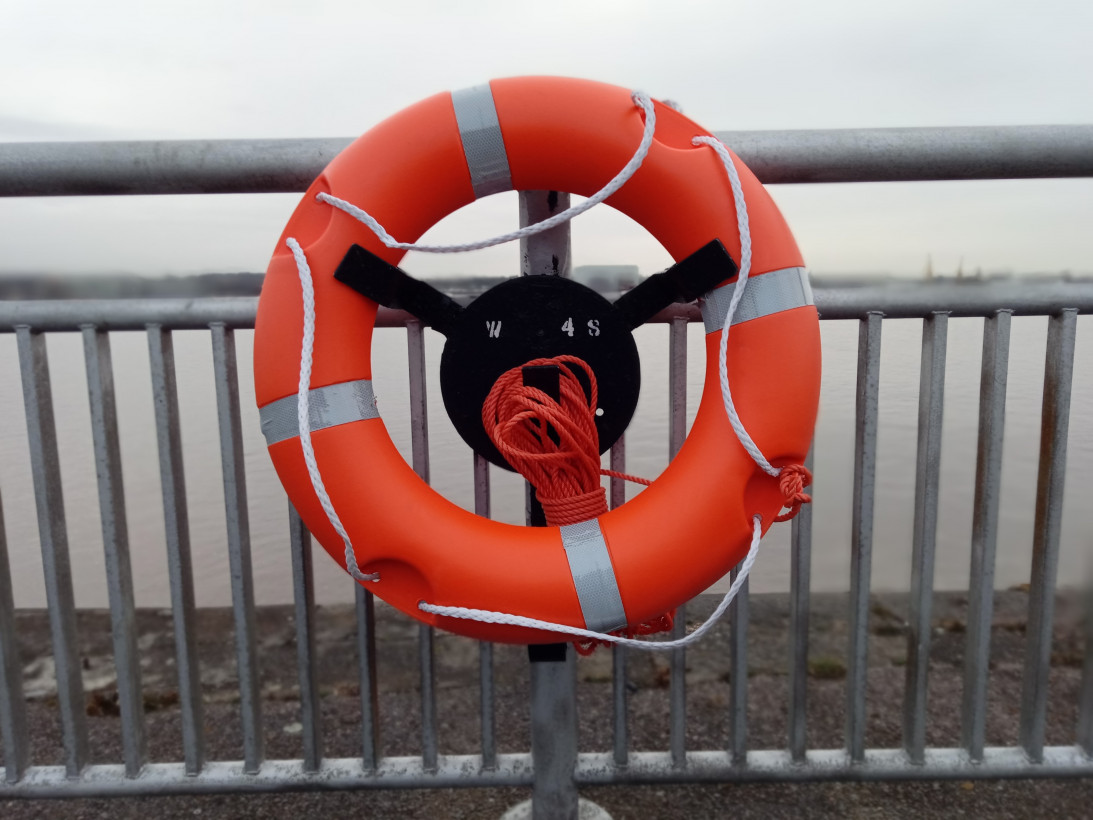 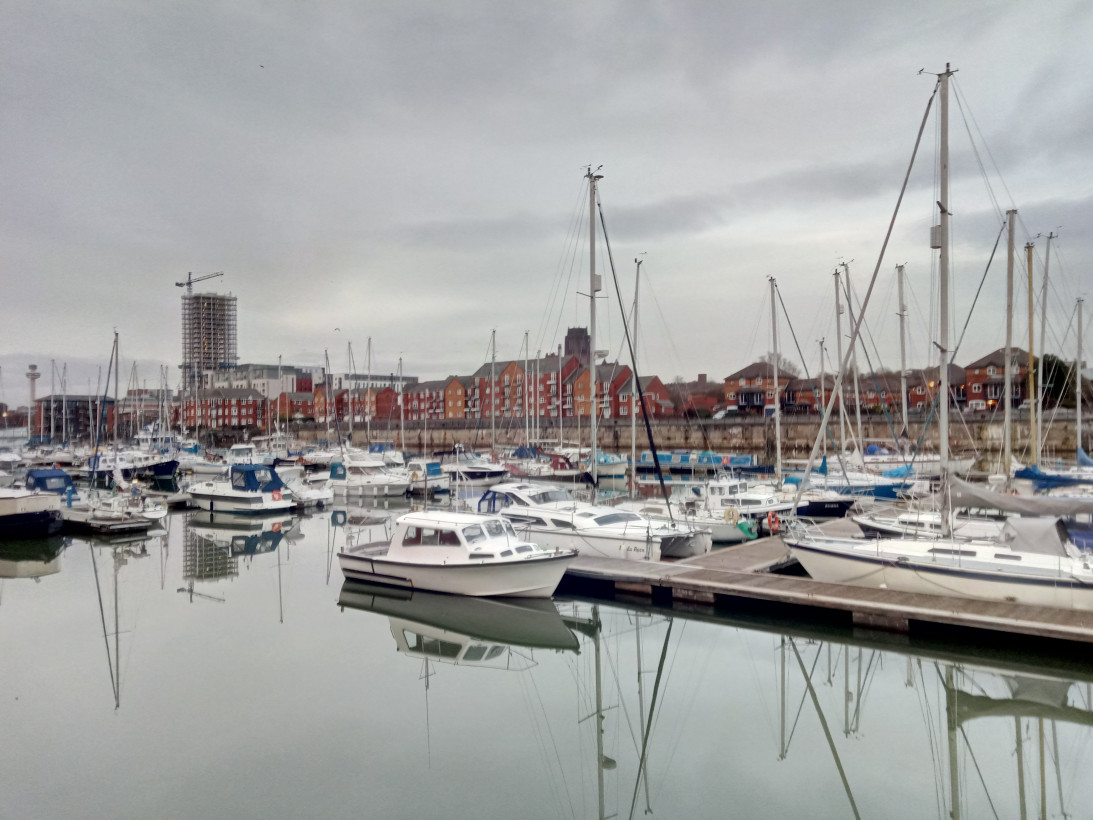 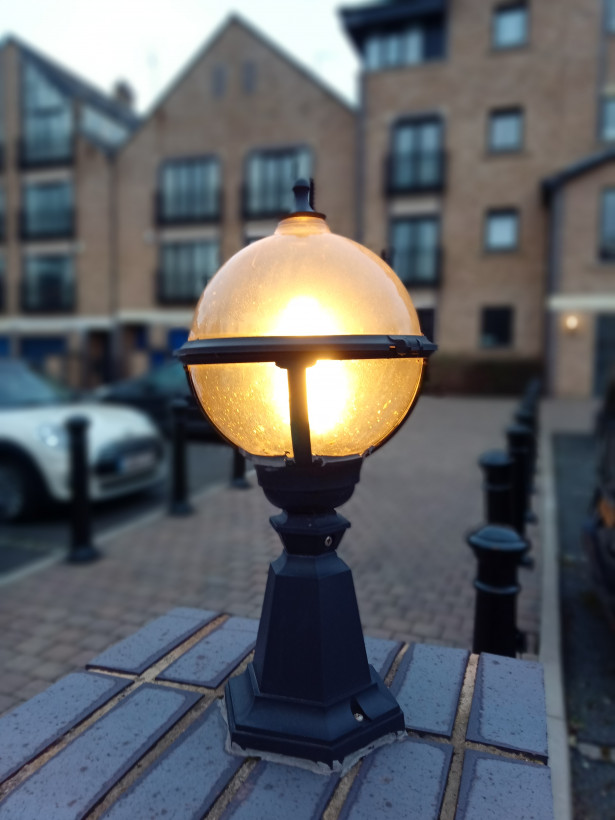 There are some similarities that are worth talking about. Both phones cover the charging port (and in the case of the Aermoo M1, the headphone jack) with a rubber flap, preventing water and dirt from getting in, and both support dual SIM cards. Interestingly, to change SIM cards in the Aermoo M1, you have to remove a panel with a screwdriver.

And interestingly, both support NFC, allowing users to to purchase things with Google Pay. That’s pretty welcome, considering NFC support isn’t exactly a given on most mid-range phones.

Over the past few months, I used the Aermoo M1 and Blackview BV9000 Pro on-and-off. They’ve never been my exclusive daily driver for more than a few days at a time, but I’ve flirted with them enough to get a feel for how they work.

When you look past the gimmick, the phones themselves are pretty ordinary middle-of-the-road devices. They competently make calls, take pictures, and can run apps, albeit without the finesse of more expensive phones. But when you look at them as fundamentally different phones, they’re interesting.

They look different. Radically different. Dragging the Aermoo M1 around earned me some questioning looks from other members of the public. When I asked a stranger to take a photo of myself and my wife with it, her eyes bulged as if to say: “what the hell is this?” I got used to those glances.

I also found myself testing the limits of its ruggedness, just to satisfy my own sense of curiosity. I’d “accidentally” drop the review units sent to me, just to see if I could break them. PR people aren’t usually amenable to this.

For what it’s worth, both phones bested the pavement, emerging from their ordeals without the tell-tale signs of a cracked display or a bent chassis. It survived encounters with gravity that with any other phone would make me gasp for breath.

Working with an ultra-rugged phone ultimately made me think about the phones I use on a daily basis. While the Aermoo and the Blackview represent one extreme of the ruggedness spectrum, I couldn’t help but feel as though most handsets occupy the other.

They feel fragile by design, or at least seem as though that they sacrifice hardiness for style and aesthetics. I’ve seen phones shatter as the result of a 3-foot drop onto a linoleum floor. Most phones are so breakable, they’ve spawned two massive industries in screen repairs and phone cases that are easily worth hundreds of millions — if not billions — of dollars apiece.

And the phone cases we buy to protect our phones make them as bulky as the two handsets I tested out. One of my daily-driver phones is an iPhone 7, which is protected by an Otterbox case that has easily doubled its girth.

I’d argue that there should be a happy medium between the brittle, glass-encased phones of today, and these edge devices.

Who are these phones actually for?

The Blackview BV9000 Pro and Aermoo M1 are undeniably niche devices. They’ll hold limited appeal for the majority of people, who would be best served by an ordinary iPhone or Android device, coupled with a sturdy phone case.

There are exceptions, of course. If you’re paranoid about breaking your phone, want something unbelievably sturdy, or are passionate about outdoor sports, I can see both phones being useful. I say that as someone who has broke a fair few handsets in my time.

Thanks to their rugged build, I also think both phones wouldn’t feel particularly out-of-place in industrial settings. BlackView are pretty explicit about this, and on its website says that the target audience for the 9000 Pro are “miners, couriers, mountain climbers, woodcutters, and long-distance drivers.”

If you’re tempted to pick one up yourself, you can grab the Aermoo M1 online for $379.00 from the official website. At the time of writing, you can buy the Blackview BV9000 Pro from GearBest for $299.