October wasn’t quite as busy as September when it comes to mergers and acquisitions in the Latin American tech scene, but there were still plenty of new developments you should know about.

Google expanded two of its services in Mexico last month. The country was part of the latest international rollout of YouTube’s paid channels, which means than Mexican video creators can now charge a monthly subscription fee to monetize their content. In addition, Mexican users can now sign up for Google Play Music All Access to listen to over 20,000 tracks via the Web or Android. Those who subscribe before November 18 will get a one-month free trial and a subsequent discounted monthly fee of 79 MXP ($6 USD), rather than the standard price of 99 MXP ($7.50 USD).

Google has also launched a new initiative to connect with Latin America’s tech scene: Google Developer Bus, a multi-cities hackathon that  took place in Buenos Aires and Mexico City this October. Its next stops will be Bogotá and São Paulo, where participants will compete to create useful apps for small businesses. The sessions are also part of a reality show that includes live broadcast on YouTube. The winning team in each country will receive a trip to Silicon Valley at a later date. 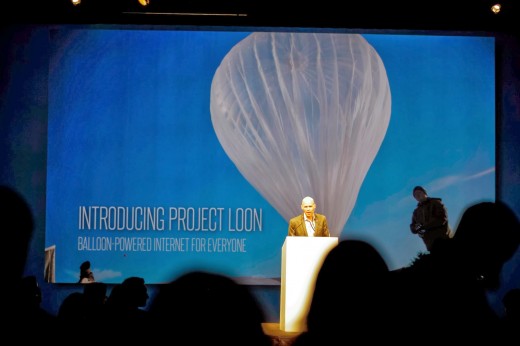 While this will likely take more time, Google is also preparing to include Latin America in one of its most ambitious and unusual initiatives: Project Loon.

As you may know, this is the official name of Google long-term project to provide balloon-powered Internet access across the world. In an interview with Brazilian newspaper Folha, project leader Mike Cassidy explained that balloons released in New Zealand may provide coverage in Argentina and Chile, or even reach Brazil and Uruguay at some point. Interestingly, ZDNet reports that Brazilian authorities are also working on a separate project using balloons to take internet access to remote areas of the country.

Google Play’s music service will compete against a new entrant in Latin America: Napster’s subscription-based platform Rhapsody, which is set to greatly benefit from a new partnership with Telefónica. As part of the agreement, TechCrunch reports that the telco operator will bundle Rhapsody into its offering, while “transferring all existing users of its Sonora streaming music service to Napster, beginning November 1.”

Telefónica also announced that its subsidiary Vivo would now sell Firefox OS smartphones in Brazil, followed by Peru, Uruguay and Mexico a few days later. This is also the world’s first launch of an LG Firefox OS device, the LG Fireweb, which will be available alongside Alcatel Onetouch Fire phones.

As we reported, Mozilla’s Firefox OS phones are currently available in Spain, Colombia and Venezuela via Telefónica, while they are sold in Poland through Deutsche Telekom, which also plan to roll it out in new countries in the near future.

In a recent interview with CNET, Telefónica’s director of open Web services Yotam Ben-Ami revealed that “Firefox now represents over 12 percent of smartphone sales in Venezuela and almost 9 percent in Colombia.” Low pricing plays an important role in explaining the popularity of Firefox OS devices in Latin America. However, they will soon face competition from Nokia, which announced during Nokia World that its Nokia Asha 500 device will ship for $69 in Africa, Asia-Pacific, Europe, Latin America, and the Middle East.

Sony announced that it would sell the PlayStation 4 for $1,853 in Brazil, more than four times its asking price in the US. Some English-speaking gamers strikingly took to Internet forums to rejoice about a decision that may end up keeping Brazilian players away from some of the Playstation’s latest popular games. While this may seem surprising to non-gamers, this has to do with the unfortunate fame that Brazilians have in the gaming community due to the trolling behavior of some of their fellow citizens.

On the other hand, Sony’s announcement caused outrage among the Brazilian gaming community, which the company’s subsequent explanatory blog post failed to appease.

While foreign companies usually blame heavy taxes for the very high prices of electronics in Brazil, we already pointed out in a previous post that these aren’t the sole culprit, as margins also take their toll.

One thing is for sure, Sony will have a hard time competing against Microsoft, who reportedly started to assemble its latest console in Brazil. According to a recent announcement, this means that the Xbox One pack will retail in Brazil at R$2,229 ($1,024 USD) — a lot more than in other markets, but still way less expensive than Sony’s Playstation 4.

Chilean ed-tech startup Edoome will be the first Latin American startup to join Imagine K12’s acceleration program, PulsoSocial reports. This makes it eligible to $100k in seed funding — between $14k and $20k from Imagine K12, plus $80,000 in convertible debt from its Start Fund. As it’s now usual, several Latin American startups also made it into 500Startups’ latest batch: BTCJam, CarreiraBeauty and Shopeando.

Easy Taxi is a company we have been following since its debut at Startup Weekend Rio in 2011. It is now part of Rocket Internet’s portfolio, and it has raised an impressive amount of funding since then. A few days ago, we learned that it would get $7 million in additional funding from iMENA, which it will use to fund its expansion into the Middle East and North Africa.

Rocket Internet made several other announcements regarding the activities of its portfolio companies in Latin America. As we reported, its new real estate platform Lamudi went live in 12 countries across Asia, Africa, and Latin America. It also rebranded its car classifieds service as Carmudi to unify its name across multiple markets (it used to operate as Ubiauto in Latin America). In addition, Rocket-backed Brazilian bus ticketing platform ClickBus announced plans to expand into two new markets: Mexico and Germany.

Startups of Puerto Rico held its first showcase in New York City this October. As we reported, this organization was born with the ambition to foster the local startup ecosystem and bring attention to the island’s potential as a tech hub. The goal of this event was to introduce Puerto Rico’s tech talent to New York-based investors. Presenting startups included project management platform Blimp, HR tool Leavebox, app creation engine iGenApps and Kytelabs’ mobile payment service OneCard (see our previous post about Kytelabs). 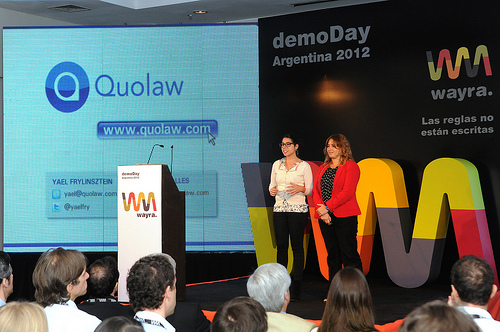 Telefónica’s accelerator Wayra shared data with TechCrunch on its performance in its 20 months of existence. Since its initial launch in Colombia in 2011, it has rolled out operations in 11 other countries, and its 14 Academies have accepted 295 startups so far. These received funding worth $12.3 million in total – split between $5.6 million in Europe and $6.7 million in Latin America. Meanwhile, “the total in follow-on funding via third-party investors globally is approximately $26.5 million,” TechCrunch reports.

Brazilian-American startup accelerator 21212 celebrated its yearly Demo Day at the beginning of October. While the event mostly consisted of pitches from its portfolio companies, 21212 also took the opportunity to reveal new numbers about its own track record, summarized in this short video:

21212 is currently accepting applications for its next acceleration cycle, which will be entirely sourced via Start-Up Brasil. As you may remember, this government-supported initiative ambitions to bring financial support and mentorship to early-stage Brazilian and foreign startups in partnership with several accelerators, including 21212.

While Start-Up Brasil was partly inspired by Start-Up Chile, both teams are in very good terms, and recently organized their first joint demo day. The event took place on October 29 in Santiago, Chile, with a pitch line-up that featured startups from each program. This is a very encouraging sign for Latin America’s tech ecosystem, which has a lot to win from cross-border collaboration between its key players.