Nowadays, every self-respecting conference organizer seems to add a startup competition to their program. Just look around and see for yourself, they’re everywhere. And it seems like these competitions never lack participants, be it fresh aspiring startups or seasoned teams that have raised Series B rounds.

Let’s hear from them, in order of appearance at this year’s competitions.

Space Monkey: “It made it very easy for us to close a seed round of investment”

The Best New Startup at the Launch conference held in March in San Francisco, Space Monkey is a cloud storage provider, like Dropbox, or Google Drive, or Box, you name it. But unlike all of them, it doesn’t rely on huge data centers, but is moving the storage to its users’ houses.

After subscribing to SpaceMonkey, users receive a networked hard drive with 1TB free to use. There’s also another terabyte in it, which is used by others in the system. Like the Bittorrent protocol, users’ data uploaded to SpaceMonkey storage is encrypted and spread over other peers to be easily accessible from anywhere at any time.

Currently, the Salt Lake City-based startup’s project is in alpha stage with some devices already working in customers’ houses across the US.

So, does the startup have something to thank the competition to? According to Space Monkey’s co-founder Alen Peacock, it definitely does:

“It made it very easy for us to close a seed round of investment with some great firms and individuals right after the festival, which enabled us to expand the engineering team and accelerate development. It also generated a significant amount of press coverage, which drove thousands of users to sign up for the service.

“We even did an early pricing experiment and generated pre-order revenue for a couple of weeks right after Launch. We approached this as an opportunity to prove that the market was willing to pay for the service we were building.”

Having sound experience, Peacock doesn’t advise startups to do a “competition circuit,” as preparation for these events, as it “can be incredibly distracting to the business of getting your startup moving forward.” At the same time he thinks (and we agree) that choosing a right competition to take part in “seems like a no-brainer.”

Shelby.tv: “It helped keep us attractive in the eyes of investors”

Attendants of TNW Europe Conference 2012 in April may remember this team from NYC that had won the Startup Rally. Shelby.tv is a social video startup that allowed users to watch all the videos posted by their friends in social networks in a convenient browser-based setting. I said “allowed,” as in July the project was shut down in order to let the team focus on building a new, revamped version of it from scratch.

Reece Pacheco, Shelby.tv’s co-founder, says the conference “certainly didn’t make or break us,” as the startup was already funded by the time of competition. However, there definitely was a positive impact:

“I do think that winning helped keep us attractive in the eyes of some investors and we later closed a second round of funding. We had a ton of people sign up for Shelby as well,” Pacheco said.

Like Peacock from Space Monkey, Pacheco doesn’t think every startup should get too excited about competitions and awards, though “picking a few good competitions/launching platforms is a good move overall.”

UberConference: “We literally rehearsed our demo at least one hundred times”

The winner of TechCrunch Disrupt in New York in May, UberConference is bringing a visual dimension to conference calls, making them easier and more fun to arrange and hold. The startup provides users with a clean interface and offers useful features like showing who’s talking now and the list of people on the call, as well as some advanced call management functions like muting or “deafening” a participant. Recently, the company adopted the WebRTC standard, allowing anyone to have a conference call directly from the Chrome browser.

For the team, led by ex-Googler Craig Walker, the victory at Disrupt was “a key element of our strategy to launch UberConference,” he said. “We literally rehearsed our demo at least one hundred times.”

The strategy proved to be fruitful, according to Walker:

“The victory attracted a lot of attention from the press and got us noticed by a lot of early adopters. We also got a lot of interest from venture capitalists, and it was the key to accelerating our fundraising efforts. We closed our Series B with Andreessen Horowitz and Google Ventures less than 2 months after the win.”

And he has some good advice:

“The important thing is to know which events are critical in your industry and will give you the biggest bang for your buck. Then work night and day to win it.”

Blippar: “Showcasing your startup to other startups is rarely beneficial” 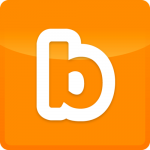 LeWeb London Startup Competition in June was conquered by Blippar, a London-based startup that has built an augmented reality image recognizing mobile platform, adding interactive elements to real-life advertisements and products, from a magazine to a box of cereals.

Blippar’s co-founder and CMO Jessica Butcher “couldn’t attribute any direct client wins to Le Web,” but recognizes it as “a great profile raiser amongst the investor and business/tech communities.”

“We are mid a Series A round (with an introduction to one of the more serious parties having happened at Le Web),” she added.

Yet however good the competition may have been for Blippar, it doesn’t seem like the company will do one again, and Butcher advises startups to be highly selective:

“Competitions are only worth entering if their audience is right for the startup. Showcasing your startup to other startups is rarely beneficial.

“Our emphasis certainly has shifted from wanting to be a ‘good startup’ to wanting to showcase effective and ground-breaking client work. We’d probably rather now be winning competitions with or for our clients than by ourselves…”

Stepping off well-trodden trails of geeky services, YourMechanic, the winner of TechCrunch Disrupt in San Francisco this September, brings online technologies to the field of car repairs. The startup connects car mechanics and their clients, also giving the latter a fixed quote for the parts and work that needs to be done with their car. It’s also worth mentioning that mechanics go to where the car in question is located, so there’s no need to waste time driving through traffic jams.

The startup received $1.8 million in seed funding in September, but this apparently is not connected to its victory at Disrupt. Yet still winning the competition “made a lot of difference,” said Abhas Art Agrawal, YourMechanic’s CEO.

“We received several thousand sign-ups and 3-4 times more visits to the site, hundreds of new customers [and] interest from investment community (mostly VCs),” he added.

In Agrawal’s opinion, the conference that turned out to be victorious for the company is a good event for a startup to launch, while he “wouldn’t say startups should try to win as many competitions as they can (hopefully they are busy with running a business).”

Kuznech: “From the business perspective it doesn’t matter”

Let’s move further on to Eastern Europe, particularly to Kiev, Ukraine, where the IDCEE 2012 conference was held in October — of course, with a startup competition attached to it. The first prize and €15,000 ($19,500) went to Kuznech, a Russia- and US-based project that holds a unique technology of image indexing, allowing users to look through gazillions of pictures extremely fast and find similar ones in just seconds.

The target audience for Kuznech is in the e-commerce area, where its algorithms could make a difference and help customers find, for example, “a dress just like this, but a bit longer.”

The startup’s co-founder and CEO Michael Pogrebnyak thinks that participation in competitions like the one at IDCEE “is a good school in presentation and ability to sell your company to potential customer.”

“About 20 VC funds had sent us a request for company profile and related documents. About 100-150 new users requested demo access in a few days after event.

As a success track this victory is important. This event is well known and the victory improves the company publicity over the Internet. From the business perspective – it doesn’t matter.”

Incrediblue: “Networking is amazing, you never know who you will get the chance to talk to”

Greece-based boat rental service Incrediblue won the Startup Spotlight competition at the recent How To Web conference in Bucharest, Romania. This Airbnb-like website allows users to book a boat based on its speed, size, price, photos, user reviews, etc… or to offer a boat for booking.

The company also offers jobs for skippers all over the world. For its services, Incrediblue gets 15% of the rental payment.

“After winning & media coverage we got:

The reason behind such a good result, in Fiorakis’ opinion, is that How To Web was a “rather small” event, “crafted specifically for startups.” And these are the kinds of conferences and competitions he recommends other startups participate in, adding that “networking is amazing, you never know who you will get the chance to talk to.”

“What we have tried and suggest to any startup out there is:

Although the startups that won competitions at this year’s conferences are so different and working in totally different fields, most of the advice they have shared with our readers shares common themes.

If you’re a startup, be selective when choosing a competition to enter, work hard, do your homework, make your presentation perfect, and never forget that a victory is only a way to get more attention, not the ultimate goal.