We might know almost everything about the new Galaxy S8, but images of Samsung’s upcoming flagship handset continue to leak at a ludicrous pace.

Today, leak portal Slashleaks has unearthed another batch of relatively high quality images of the new S8. While the pics add little to the list of previously rumored specs and features, they do give us another close look at the design of the device.

The images follow a series of seemingly reliable leaks from last week. Much like earlier snaps, the pics show the device’s missing home button as well as its impressively thin bezels.

You’ll also notice the fingerprint scanner has been moved to the back, but you might be able to unlock your device with its front-facing iris scanner. 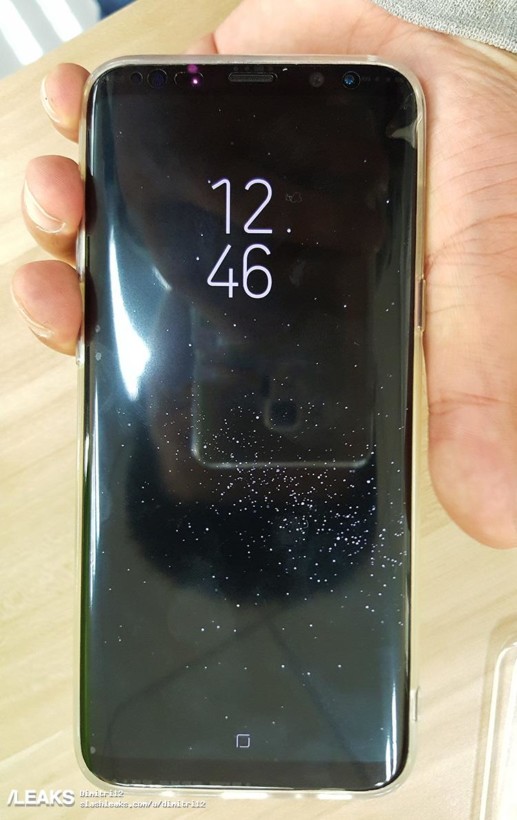 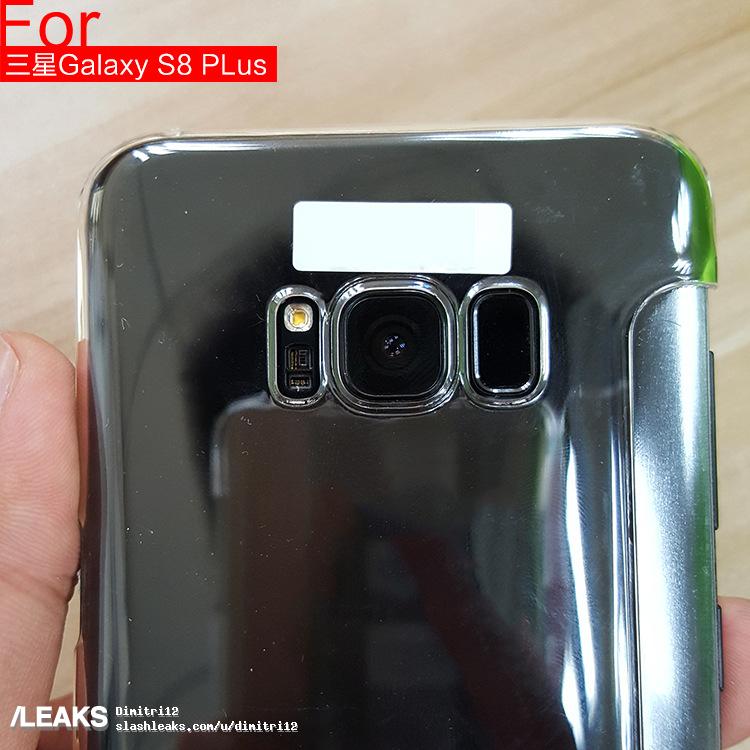 The leak, which reportedly comes from a case-making company that has requested to remain anonymous, also includes a slew of images that will give you a better idea of the phone’s buttons and ports.

The biggest takeaway is perhaps that the S8 will have two things the new iPhone won’t – a headphone jack and a USB-C connector. One thing that the two phones will likely share, however, is wireless charging. 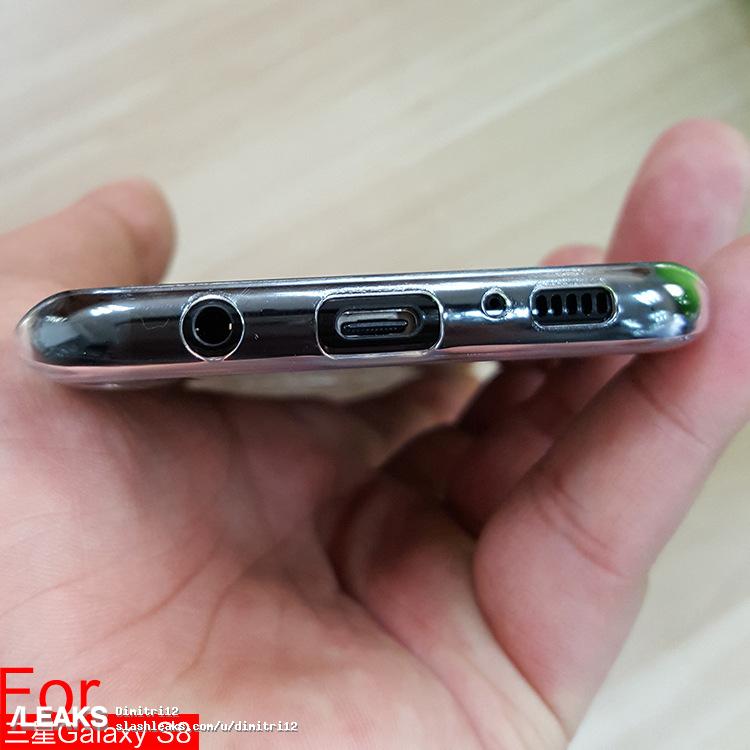 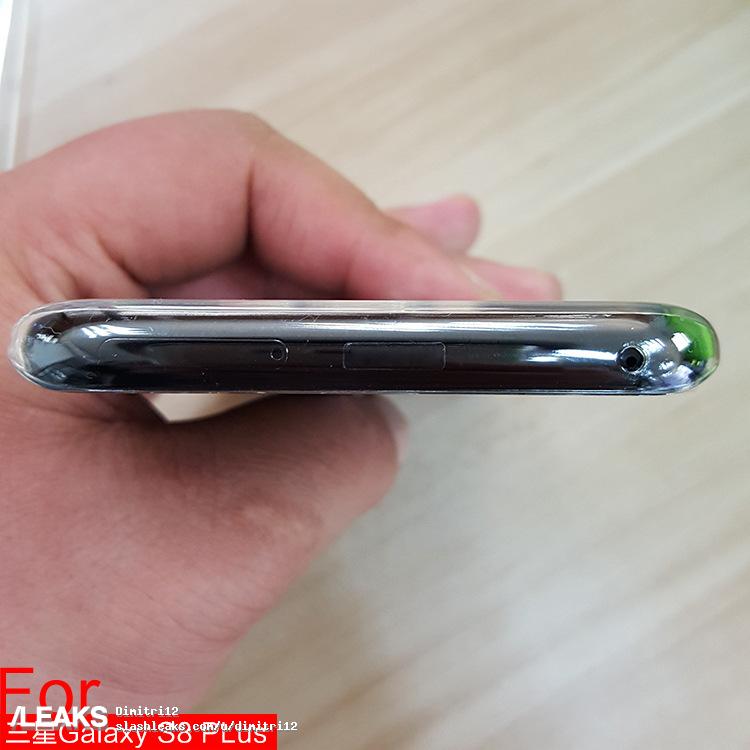 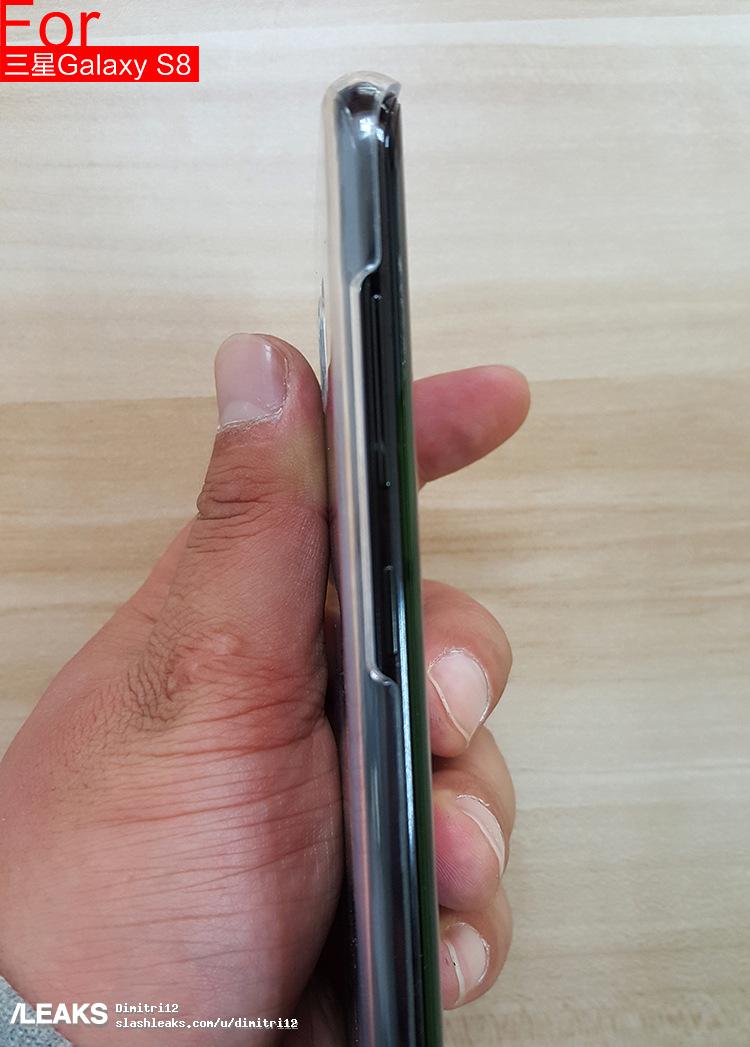 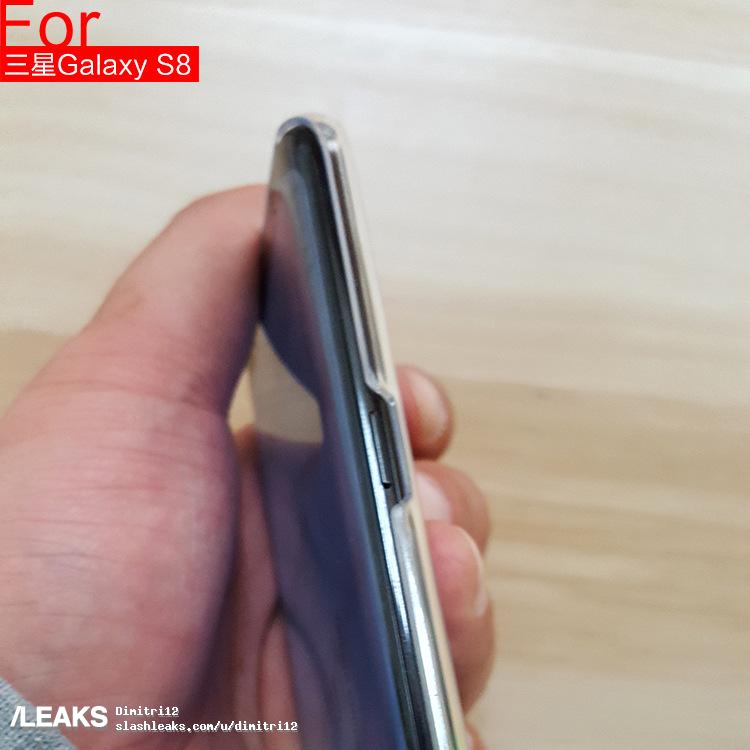 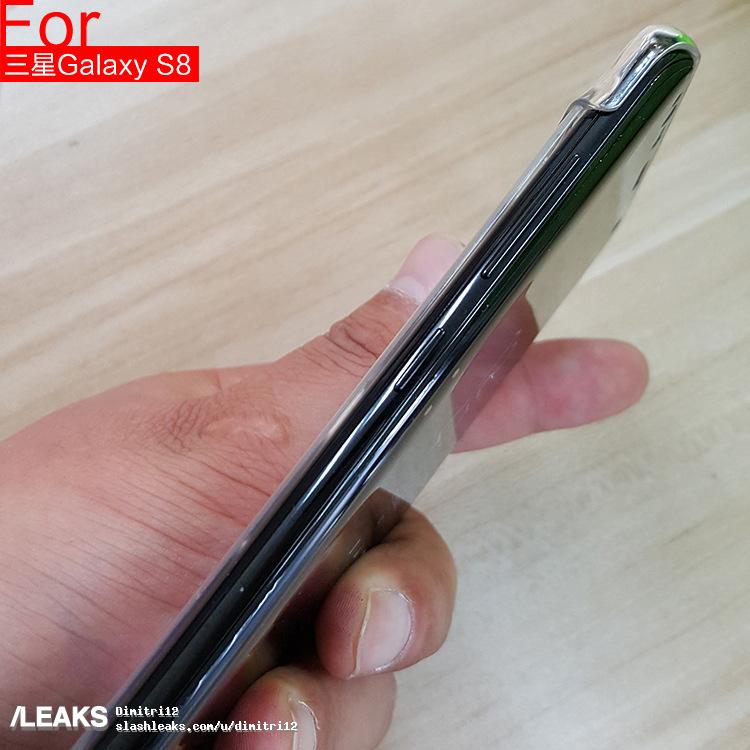 The Slashleak images aren’t the only new Samsung leaks circulating the web today.

Two other photos of the larger S8+ are also making the rounds on Twitter. There is also a leaked video from the weekend showing the new handset – though unfortunately it appears to be turned off in the footage.

As Samsung announced at Mobile World Congress earlier in February, the phone-maker will unveil the Galaxy S8 on March 29, with shipping expected to start later in April.

Check out our Galaxy S8 rumor round-up in the video below.