As far as cryptocurrency scams go, OneCoin is probably the one that rules them all.

US prosecutors have alleged that the Ponzi scheme raked in approximately $4 billion, defrauding investors from all over the globe.

Dr Ruja Ignatova, the scam’s spearhead, has been missing since 2017.

Sebastian Greenwood, her co-founder, was extradited from Thailand to the US following an operation involving the FBI in November 2018.

Hardly a week goes by without a new piece of information emerging about this wide-reaching scam, so here’s everything you need to know.

OneCoin was launched by Ignatova, a Bulgarian national, and according to her LinkedIn profile, a law graduate and former Mckinsey employee.

It claimed to work like any other cryptocurrency whose coins are generated through mining and can then be used to make global payments.

The coin also came with a cryptocurrency wallet and it’s estimated that a total of 120 billion coins would be available on the OneCoin network.

Users were expected to pay for these programs. In true multi-level-marketing style, participants were also enticed with referral rewards to urge more users to join.

Several reports also suggest OneCoin was a Ponzi scheme and it’s facing legal action in several nations around the globe.

How it claimed to work

Coins were obtained through mining, and OneCoin operated as a centralized network, where organizers allegedly “took care of all technical aspects.”

An explainer video uploaded to its YouTube channel, claims it was a safe “platform for innovation that will change the financial system.”

It was also claimed that the cryptocurrency adhered to Know-Your-Customer (KYC) rules to prevent money laundering.

Additionally, the video alleges OneCoin was “the first cryptocurrency with a monthly audit of its blockchain.”

No coins, no blockchains, nada

As previously reported by Hard Fork, OneCoins weren’t actually mined using computer resources. Their worth was actually stipulated by the fraudsters, who “programmed” the coin to increase from €0.50 ($0.56) to approximately €29.95 ($33.68).

We now know that investigators also refuted claims that OneCoin maintained a private blockchain — in fact, police found that it lacked “a true blockchain, that is, public and verifiable.”

The City of London Police share the same belief as foreign law enforcement partners as to the legitimacy of #OneCoin.

If you believe you may have been victim of fraud in relation to #OneCoin, or suspect someone of marketing it, please come forward and report to @actionfrauduk.

As of March 2015, the fraudsters had been allocating “coins” to members that didn’t actually exist. Authorities say the founders referred to these as “fake coins.”

Some of the websites associated with “cryptocurrency” scam OneCoin were taken offline in December 2019.

Ignatova told people she had created a cryptocurrency to rival Bitcoin, persuading them to invest billions.

In June 2016, Dr Ruja Ignatova appeared on stage at in London, England wearing a seemingly expensive ballgown, and long earrings.

At the flashy (read tacky) OneCoin event, Ruja told her adoring fans that OneCoin was the “Bitcoin killer.”

“In two years, nobody will speak about Bitcoin any more!” she added.

“OneCoin is easy to use, OneCoin is for everyone […] since we mined our first coin in January 2015, our growth exploded,” Ignatova continued.

Even though OneCoin was alleged to be growing rapidly, and the team intently portrayed an image of success, investors were becoming increasingly concerned.

A long-promised exchange, which would allow users to trade OneCoin into fiat, was constantly delayed. Organizers were due to abate concerns at an event in Lisbon, but Ignatova never showed up.

According to FBI records, Ignatova is thought to have boarded a Ryanair flight from Sofia to Athens on October 25, 2016. She’s been incommunicative since.

She is charged with securities fraud, wire fraud, and money laundering.

The brother who admitted guilt

Ignatova is still on the run, but her brother pleaded guilty to money laundering and fraud charges and is now facing a maximum of 90 years behind bars.

Konstantin Ignatov, who was arrested at Los Angeles International Airport in March, signed a plea deal on October 4, admitting to his role in the multi-billion dollar cryptocurrency scam.

However, he’s reportedly worried that his admission of guilt would invariably reveal the identification of individuals involved who may seek vengeance against him or his family. For this reason, he may be given a new identity under the US witness protection program.

Ignatov maintains he’s not spoken to his sister since she disappeared and claims to have had hired a private investigator to find her. They have so far been unsuccessful.

The lawyer who laundered millions

Mark Scott, a former US lawyer, has been making headlines ever since the US laid charges against him, Ignatova, and Ignatov in early March.

Scott, who allegedly made $50 million from re-routing $400 million from the scam, was found guilty of money laundering and fraud and is now facing a possible 50-year prison sentence.

His lawyers maintain that he was unaware that OneCoin’s cryptocurrency was worthless, and claim he was simply following Ignatova’s orders. These claims were rejected by a federal jury in Manhattan, following a three-week trial.

Formerly a partner at legal firm Locke Lord, Scott is believed to have registered a raft of fake companies, offshore accounts, and fraudulent vehicles to launder funds between the end of 2015 and mid-2017.

During court proceedings, Scott claimed that Neil Bush, the brother of former US president George W. Bush was paid $300,000 to meet with Ignatova to discuss a $60 million loan to purchase an African oil field using OneCoin cryptocurrency.

Scott is due to be sentenced on February 21, 2020, and is also involved in a separate suit after investors in the US — affected by the scam — decided to sue him for recompense.

Although law enforcement has made progress in terms of arresting and convicting some of those involved, there’s plenty left to be done — and while Ignatova is still roaming free, victims are undoubtedly mourning their losses.

I for one think the OneCoin cryptocurrency scam will be one to watch for years to come and should serve as a stark reminder to think before parting with your hard-earned cash.

If this has taught us anything is that when things sound too good to be true, they likely are. 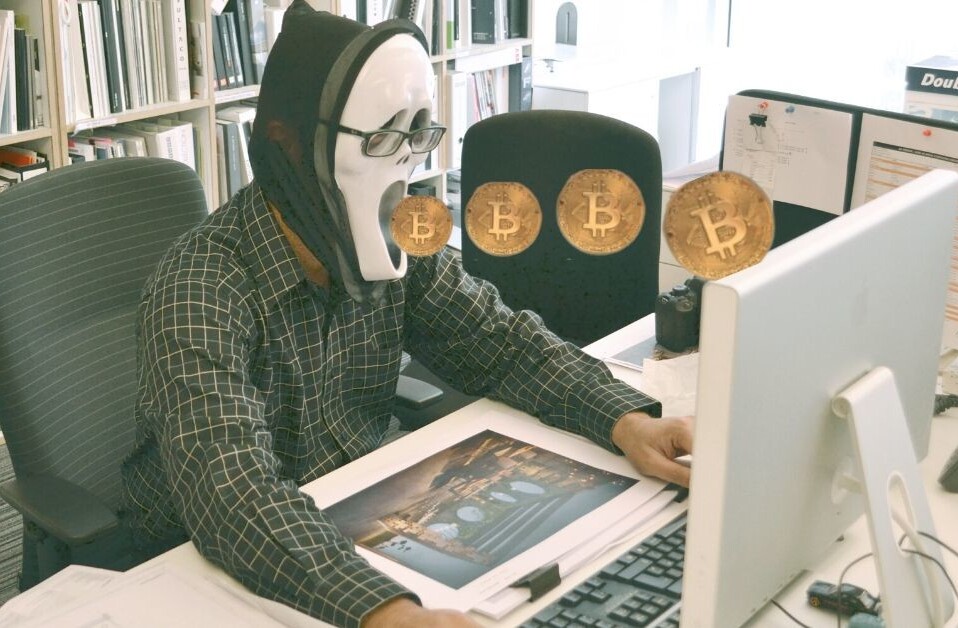 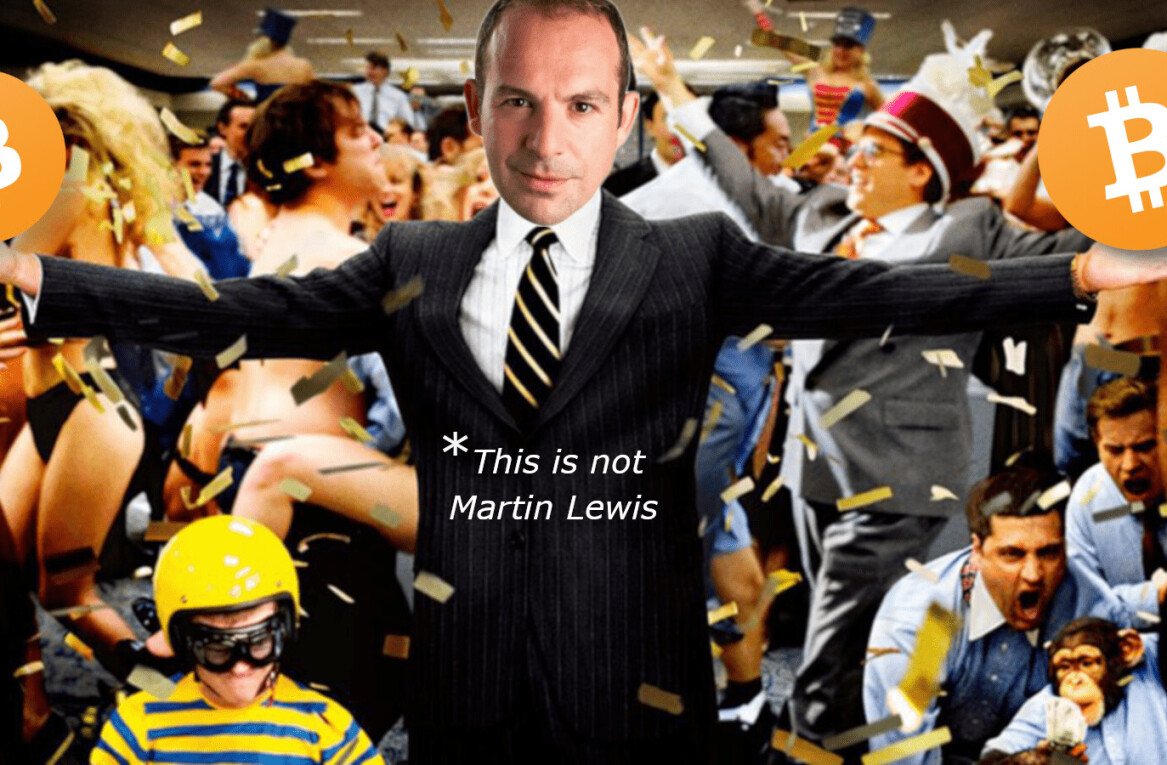