Some of the websites associated with “cryptocurrency” scam OneCoin have been taken offline as legal investigations into the scheme continue.

Rumors began mounting last week, and were confirmed not long after, as the OneCoin.eu website was placed in “server hold” on December 1, BehindMLM reports.

Yesterday, reports suggested that the OneCoin.eu account was under legal investigation. 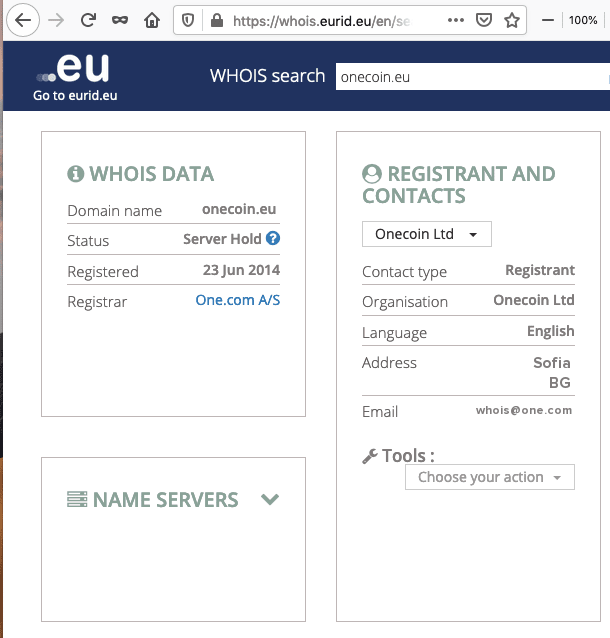 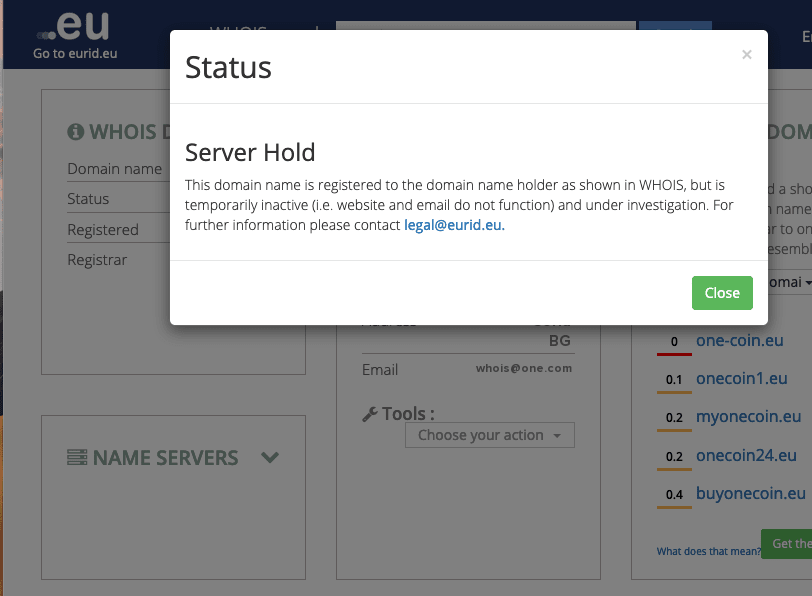 Earlier today, more websites associated with OneCoin have also gone offline. Both oneacademy.eu and oneworldfoundation.eu are inactive. These websites are also placed in “server hold” status.

At the time of writing, another website associated to the scam, Onelife.eu remains active.

Towards the end of November, members of the Onecoin Talk Telegram channel were advised by a group admin to “take screenshots” of their relevant OneLife account data to create a backup.

No reason was given, but it was suggested that there might have been an impending update or a technical problem with the display of information.

The directive was said to have come from Simon Lee, a known OneCoin promoter.

In reality, the message looks to have served no other purpose than to divert attention away from the fact the websites are now under legal investigation.

A brief scroll through the Onecoin Talk chat log shows there are still numerous individuals that appear to support the scam and continue to disregard the growing body of evidence against its figurehead Dr. Ruja Ignatova.

Some even support Binance CEO Chanpeng Zhao’s war on “fake news,” saying OneCoin should follow suit and sue the media that have supposedly misrepresented the project.

In November, Mark Scott a former lawyer was found guilty of helping launder hundreds of thousands of dollars on behalf of the OneCoin scam.

Prior to that, Ignatova’s brother Konstantin Ignatov pleaded guilty to money laundering and fraud charges