On the hunt for some of the better new apps to arrive for iOS over the past month? Your search is over. Here’s 17 of the best to hit the App Store in March.

WeTransfer, the service for sending large files across the Web, launched its first iOS app this month, as it looks to expedite the process of sharing hi-res photo or video files from mobile. 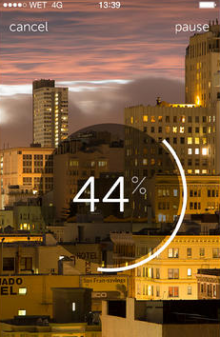 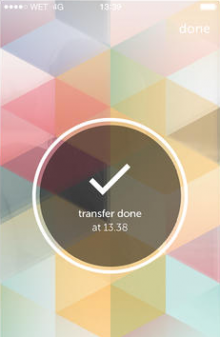 Initially geared towards uploading and sharing videos and photos, the WeTransfer app allows up to 10GB of files to be shared directly from an iPhone’s Camera Roll.

Ultrakam lets iOS cinematographers shoot at film-quality resolution, and it must surely be among the first iOS apps that can record 2K video.

We brought you news on Blinkist back in January, a subscription service that helps you get to grips with books in fifteen minutes. Thus far, Blinkist has only been available via the Web and iPhone/iPod touch, but with its latest update it now comes optimized for iPad too.

It’s all about manual curation and condensing, as field experts with a passion for explaining complex matters provide abridged versions of non-fiction titles that can be read quickly.

Optimized for iPhone and iPod touch, Zippy does most of the things you’d expect from any half-decent to-do list app, but it delivers insights into your activities using gorgeous graphics to boot. Yes, Zippy is as much about the aesthetics as it is the nuts and bolts. 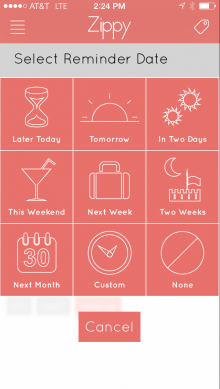 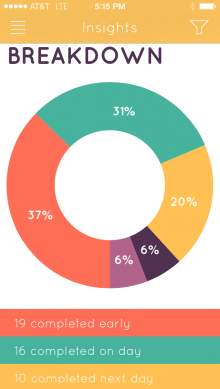 It won’t take you long to figure out how to add tasks to your to-do list, but it’s the infographics and insights on your completion rate that takes this to the next level. 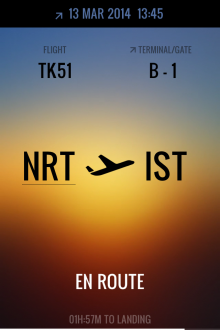 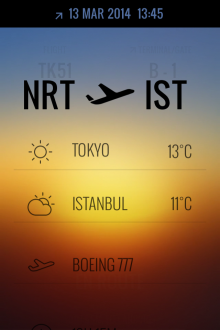 Tapping data from FlightStats and World Weather Online, Flight will appeal most to frequent travelers, but if you find yourself firmly in that camp, then it’s worth $1.99.

Flight comes courtesy of Istanbul-based InnovationBox, the same company that gave us the stunning Konvert unit conversation app last year. So we’re not entirely surprised by what we see here.

Microsoft Office arrived for iPad this month, including Word, Excel, and PowerPoint. The new apps are free to use for viewing files, but require a subscription to edit.

The apps let you store documents on the iPad itself, but you can also save them to OneDrive. This means you can retrieve your files across all devices where Microsoft Office is available.

Less than a week after Google launched its Chromecast streaming dongle outside the US, landing in 11 more countries, the Internet giant unveiled a brand new standalone app that lets you create a collaborative photo montage on your TV.

Optimized for both iPhone and iPad, Photowall for Chromecast is officially an ‘experiment’, one that lets anybody take a picture and send it to a Photowall on their big screen – photos can be added via the Web and Android too. It then creates a YouTube video of this collaboration, which can be shared with everyone.

With this launch, Google is trying to encourage third-party developers to use its recently-opened Cast SDK.

American media behemoth The Tribune Company launched an interesting new service this month, one that lets you audio-stream text-based stories from online newspapers.

The core raison d’être of Newsbeat is to “reimagine news for mobile”, using human voiceovers and text-to-speech technology. Newsbeat streams up to seven thousand stories each day from across the Web.

While it is a little US-centric, it also serves up global news tidbits too, though you can’t indicate a specific country other than the US. You can also narrow things down to specific publications, topics, sports teams, and more. It works just like a standard media player – you can skip forward or back if you miss an audio snippet. 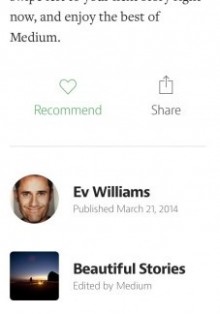 March saw Medium introduce its first mobile app, kicking off with a read-only affair for iOS.

The app allows users to access a myriad of published articles by signing in using their Twitter account — which comes as little surprise given that Twitter is a major component of its Web incarnation. And then, of course, there’s the small fact that Medium founder Ev Williams was also partly responsible for creating Twitter.

The National Film Board of Canada rolled out a neat iPad app this month, designed with budding stop-motion animators in mind.

StopMo Studio is pretty idiot-proof. From the second you launch it, you’re good to go – snap a picture, shift the subject slightly, and then snap the next one.

This app is also great for time-lapse work, letting you stitch together images to show something evolving (e.g. a sunset) over time. And you can also use both the front and rear-facing camera to capture shots, while onion skinning and the on-screen grid help you fine-tune your work-of-art.

StopMo Studio proclaims to be the “most complete stop-motion app in the App Store”, and though that’s a rather lofty claim, it’s definitely worth your time all the same.

Yummly finally introduced an iPad-optimized version of its smart recipe search engine this month, to go alongside the iPhone-optimzed version that arrived last year.

MAZ, known for its digital publishing platform that shares the same name, launched an app called Stream Web this month. In a nutshell, it’s a mobile browser that places emphasis on gesture-based controls and a unique screenshot-sharing mechanism.

Whenever you’re looking at a site, you can tap with two fingers to cut out part of the webpage and share it with someone else. It’s a basic crop tool, but instantly you’ll see a range of supported apps at the top of the screen including Facebook, Twitter, Tumblr, Pinterest, LinkedIn and Evernote. In some cases, including Facebook and email, the image itself acts as a link for the original Web page, removing the need to share a URL. 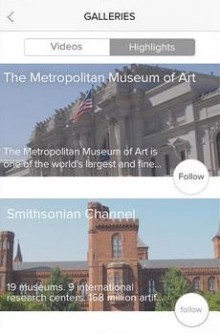 Ahead of launch, Wonder lined up content partners in the form of Space NK, The National Film Board of Canada, Universal Music Group, House & Gardens, Tom Aikens and Epidemic Sound among others, to ensure there was plenty of content from the get-go.

After more than a year as a Web app, Flickr co-founder Caterina Fake unveiled the iOS incarnation of her latest project – Findery.

Findery, which changed its name from Pinwheel back in 2012 following a trademark dispute, essentially lets you explore places through notes on a map, using video, audio, text and images.

Rather than tapping existing data-points such as online travel guides, Findery’s starting point is that of a blank canvas, superimposed upon a map. This map can be traversed using geo-tagged notes consisting of the collective wisdom of users around the world. These notes may include anything from anecdotes and historical factoids, to personal memories.

Amazon Seller [US Only]

If you frequently use Amazon to sell things, then you may be pleased to know the e-commerce giant launched a dedicated mobile app for this very purpose.

The aptly-titled Amazon Seller app is only available for iPhone users in the US for now, and there’s no word yet on when this will be rolling out to other platforms either, though Amazon did say to “stay tuned” for more details on both these fronts.

At any rate, the app lets you list items for sale, contact Amazon for seller support, and respond to customer questions. You can also check current prices, sales rank, and reviews, by using text-based search or scanning barcodes.

How do you know when to curb your caffeine intake? That’s where Jawbone’s new UP Coffee app comes into play.

At the beginning, the app asks for information about your body and caffeine sensitivity. Gender, height and weight – it’s the standard set of metrics – although you’ll also need to include how much caffeine affects your body, and when you typically wish to fall asleep each night.

ReShoot is a free iOS video shooting, editing, and sharing app, designed to help mobile videographers of all levels get the most out of their footage, while fixing mistakes and inserting additional footage on the fly.

A universal app that works both on the iPhone and the iPad, ReShoot facilitates the capture of variable length movies (as opposed to some consumer apps that place strict limits on clip duration). The app’s video editing technology lets you pause, rewind, and reshoot portions of your movie.